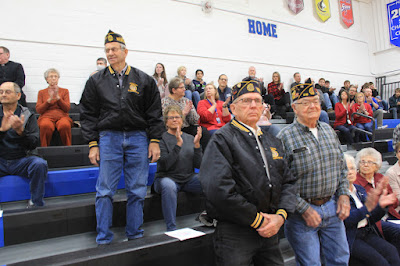 Exeter-Milligan staff and students honored all veterans on Thursday, November 11 at a morning program.

Before the program, veterans and their families were invited to enjoy breakfast and coffee hosted by members of the Exeter-Milligan National Honor Society in the cafeteria.  During the breakfast the kindergarteners delivered letters and pictures to the veterans they had created  thanking the veterans for their service.

Exeter-Milligan staff provided a display just inside the gym to honor the members of their families who were veterans.

Under the direction of Mr. Mark Perez the Exeter-Milligan Junior High and High School band played “An American Celebration,” by Larry Neeck which was a compilation of many recognizable patriotic songs.  The Junior High and High School choir performed “My America” arranged by Joyce Eilers Bacak  and “America, Of Thee I Sing” by Mark Donnelly and George Strid.  They were accompanied by Mrs. Angie Murphy.

Mrs. Denice Kovanda gave a special video presentation as the scheduled speaker was not able to attend due to illness.

The short video was from the perspective of service members who reminded the audience of their service to their fellow countrymen stating, “I stand for you.”  The veterans were invited to stand and received a standing ovation from the audience.

After the video the band played “America’s Finest (A Musical Tribute to the Armed Forces)” arranged by Jay Bocook and Kovanda invited each member of the military branches to stand as their anthem was played.

Closing remarks were given by senior Ben Bartu. 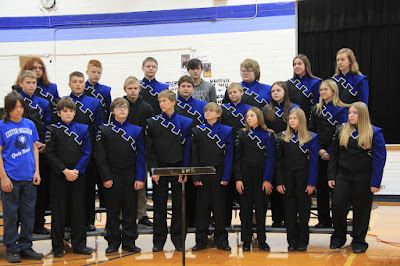 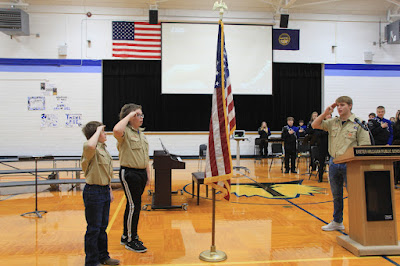 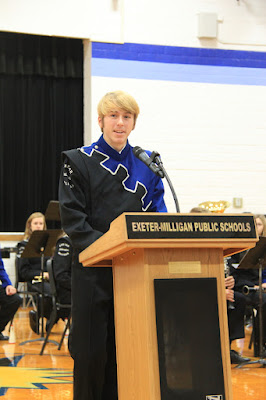 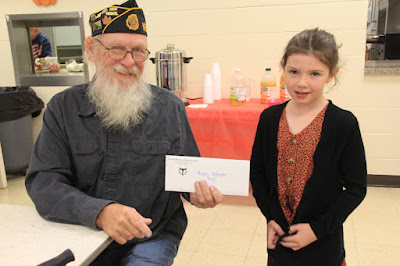 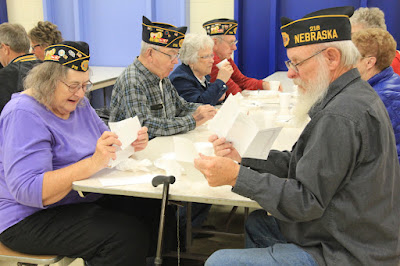 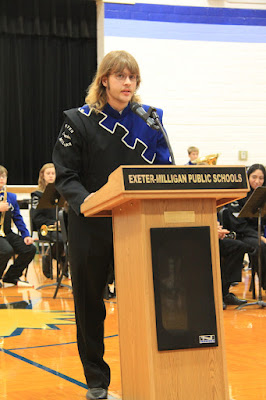