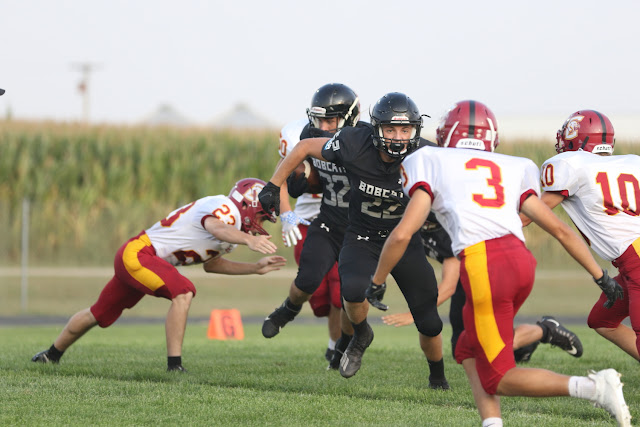 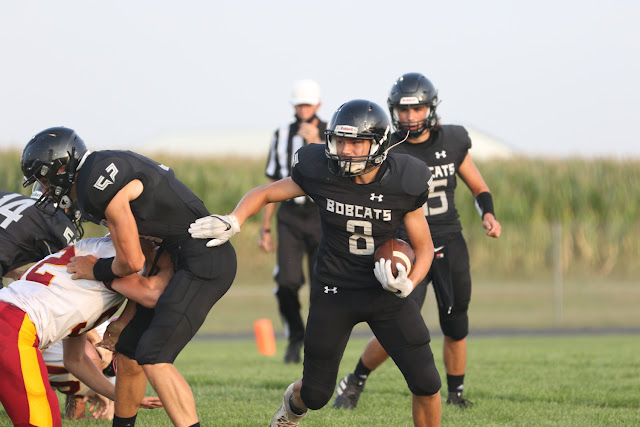 The Bobcats came clawing out on the field Friday night.  Keegan Newsome put up 10 yards right away with Breckan Schluter as the next ball carrier taking it all the way in for six points.  Newsome added the two point conversion making the score 8-0 with 11:39 left in the first quarter.

Conestoga came out fighting two and punched it in the end zone.  The two point attempt was no good.

The Bobcats marched downfield again on carriers by Newsome, Schluter and Weber.  Newsome took it in the end zone for six but the two point was stopped.

The Bobcats had no problem stopping Conestoga and got the ball back with JB Drake added a big run before Weber put the ball in the end zone for six and Schluter tacking on two points. 22-6

Conestoga fumbled the ball and Chase Svehla recovered the ball for the Bobcats.  Newsome put another six points on the board with Schluter carrying in for two.  30-6

After a few penalties back and forth Weber fired off a pass to Chase Svehla who caught it in the end zone. Newsome carreid in for two points. 38 - 6    6:48 left in 2nd

Marcus Krupicka carried the ball for a big run and then Weber passed to Drake to get the Bobcats closer to the end zone.  Schluter snuck into the end zone and Weber kept the ball for the two point.  score was 46-6 with 3:30 in the second quarter.

Turnover on downs put the Bobcats in a good position.  Pass to Newsome was good for a TD with 53 seconds left in the end zone.    54 to 6 53 seconds in half

In the second half the running clock started them out.  The coaching staff cleared the Bobcat bench giving all of the players a shot on the field.  Conestoga scored 20 points making the final score 54-26 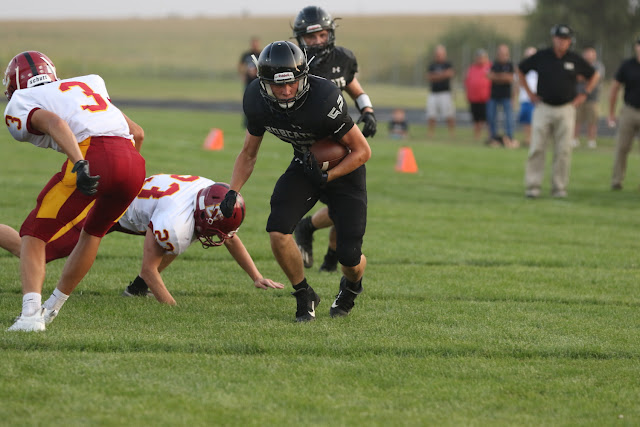 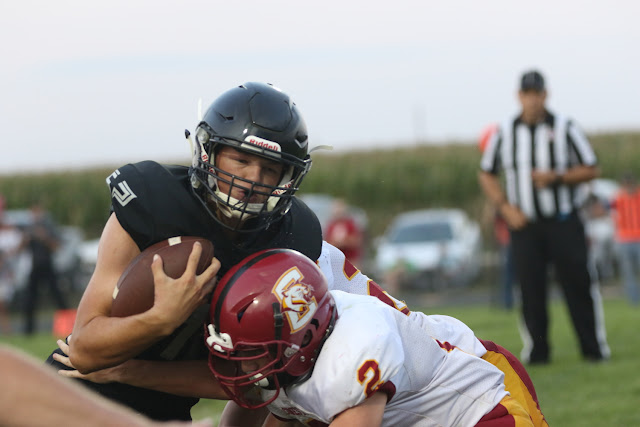 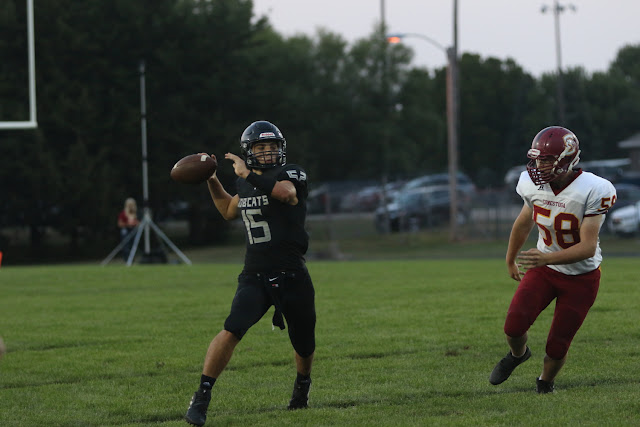 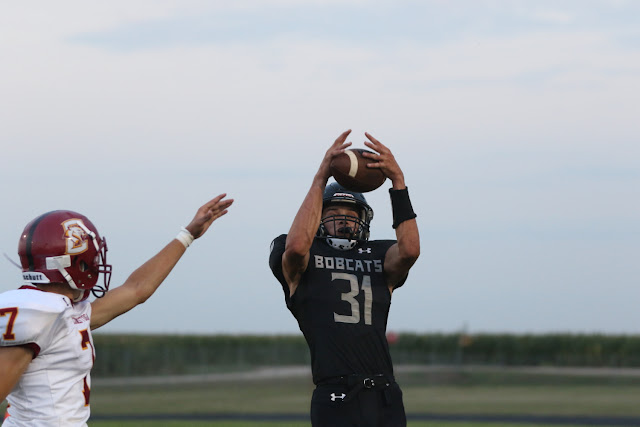 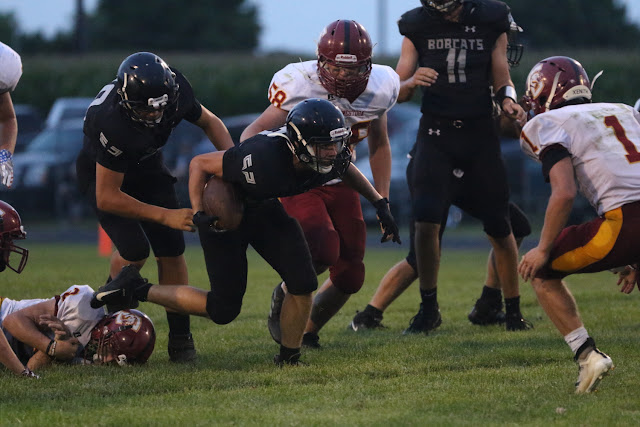 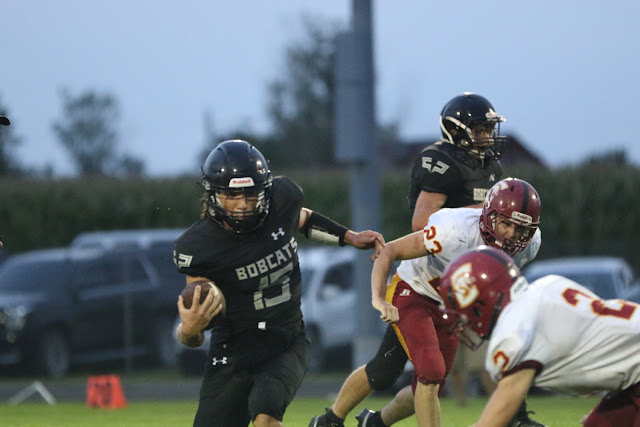 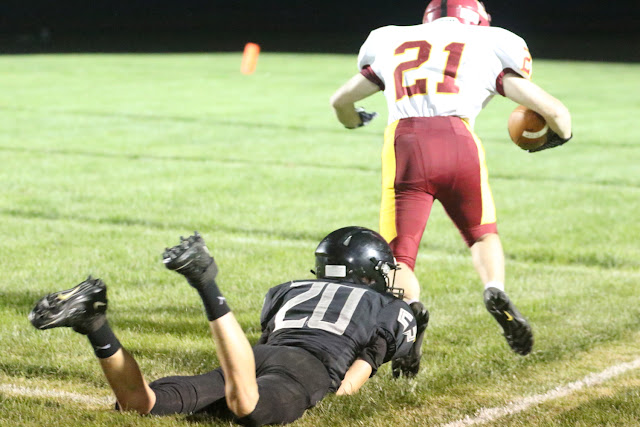 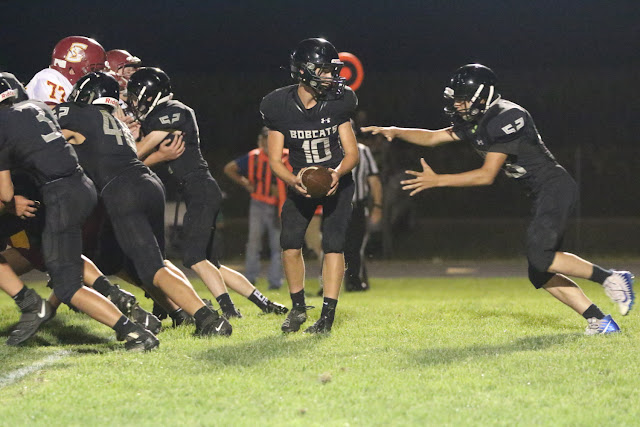 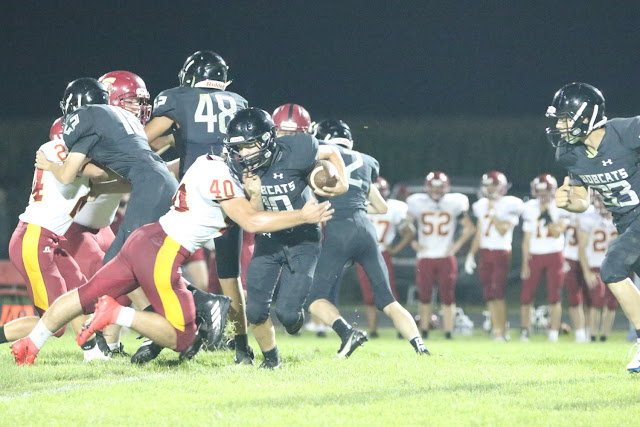 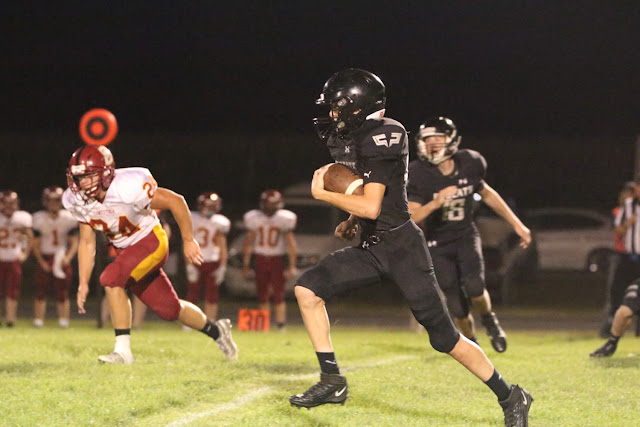