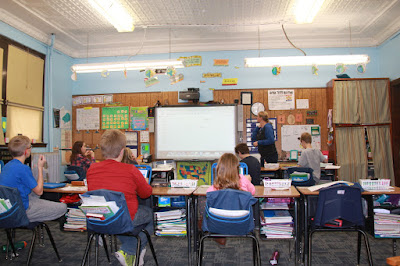 The fourth grade class at Exeter-Milligan takes a quiz on the smart board. 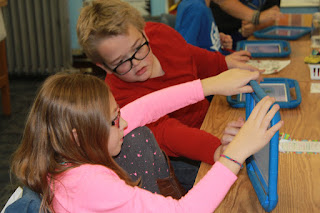 Sydney Engert and Logan Johnson (right) work on their Ipads in the fourth grade classroom. 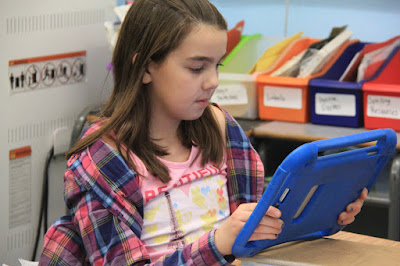 Above - Brooklyn Oldehoeft works on her Ipad in class.

Below – Sydney Engert (left) and RJ Clevenger work on a classroom project in the fourth grade class. 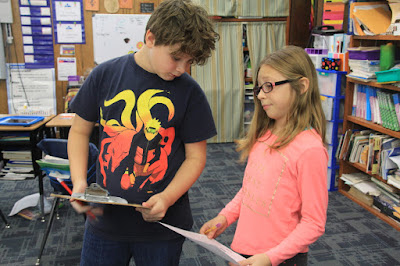 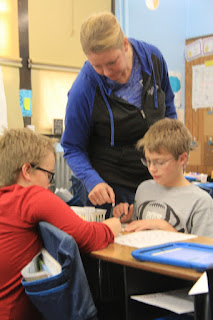 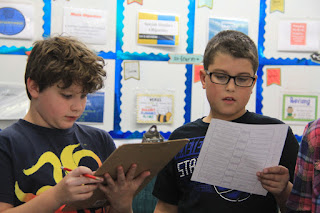 Above-  RJ Clevenger finds the answer to his question from Cohen Harre (right).  The worksheet, on figurative language, required the students to work with their classmates to find the answers. 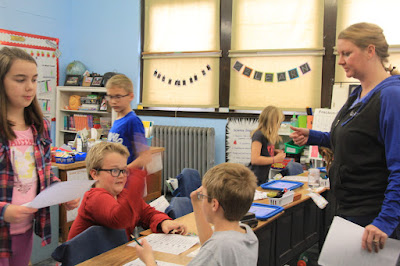 According to the fourth grade teacher, Shelli Mueller, “This is a very kind and considerate class.”
Mueller incorporates technology in their classroom often.  They are using Classcraft, a web based program that allows the kids to have boss battles and earn points when they take a quiz.
Mueller added, “In Science they will be working on a Quest as they work through Ch 6 on the Earth.”
The fourth grade classroom always focuses on a unit of Nebraska History and their annual fieldtrip reinforces the subject. 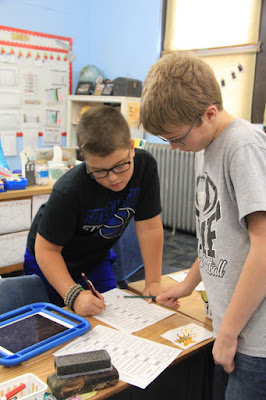 Above – Cohen Harre works with Truman Milton (right) on their language worksheet.
Below – RJ Clevenger (left) and Logan Johnson (right) high five after completing their worksheet. 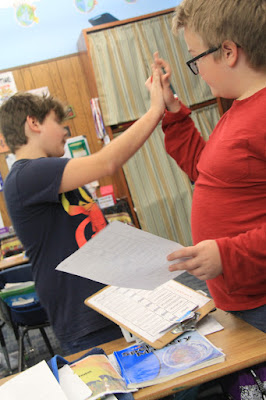 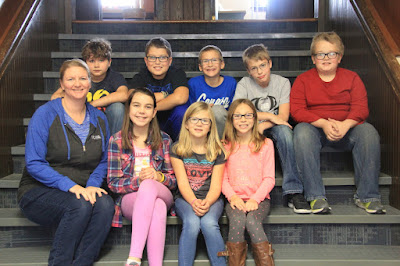