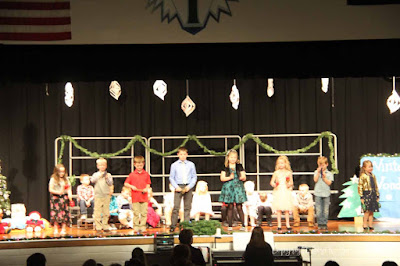 The Exeter-Milligan Kindergarten perform at the Christmas concert.

It was a Winter Wonderland in the Exeter gymnasium for the Preschool – Sixth grade music concert on Thursday, December 13.

The evening opened with the fifth and sixth grade bands performing  “Jingle, Jolly Christmas,” “Up On the Housetop,” and the sixth grade band performing “Tango Bells,” before the third and fourth graders played “Fum, Fum, Fum” on their recorders.”

The Kindergarten, first and second graders performed a variety of holiday songs including “Rudolph, the Red-Nosed Reindeer,” “Polar Puppy” and “North Pole, North Pole.”  Together the classes sang, “Go Tell It On the Mountain,” and “We Wish You A Merry Christmas.”

The fifth and sixth graders wrapped up the concert with “Winter Wonderland,” “Stille Nacht,” and “Dancin’ On The Rooftop.”

Guests were invited to enjoy cookies and punch in the Commons area after the concert. 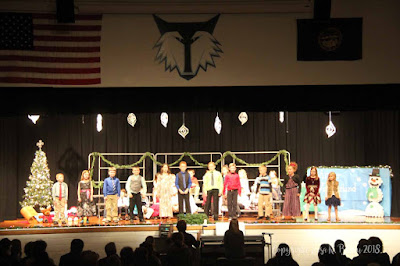 The Exeter-Milligan second graders singing at their Holiday concert. 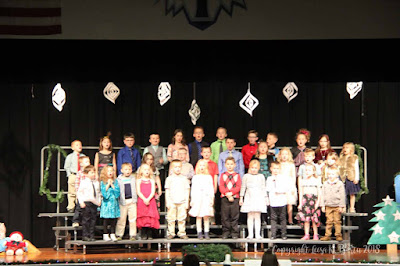 The Exeter-Milligan Kindergarten, first and second graders sing “Go, Tell It On The Mountain,” at their Christmas concert. 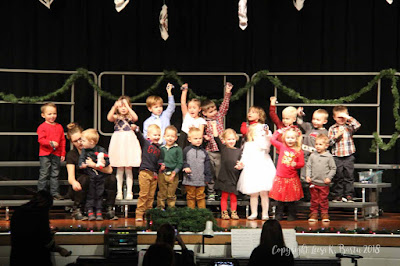 The TYKE class at Exeter-Milligan performs at the Christmas concert. 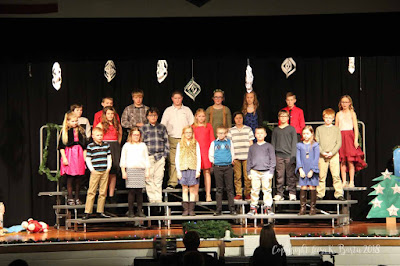 The Exeter-Milligan fourth, fifth and sixth graders perform at their Christmas concert. 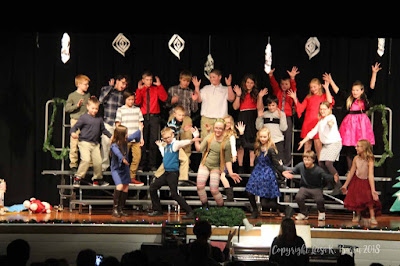 The Exeter-Milligan fourth, fifth and sixth graders give a jazzy end to the Christmas concert
Posted by Leesa Bartu at 7:30 AM