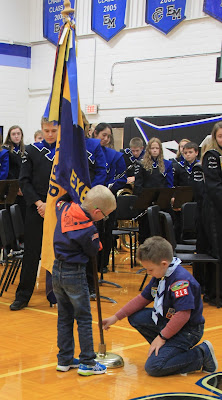 Cub Scout Axel Erdkamp posts the Cub Scout flag with the help of Richard Hickman at the Exeter Veteran’s Day Program on Monday.

Braden Capek, a member of Boy Scout Troop 218, led the flag ceremony and pledge of allegiance with Pack 218 members providing the color guard.

Vossler began her talk giving the history of Veteran’s Day which was first celebrated in 1919 and became an official holiday in 1938. The purpose according to Vossler, “Pays tribute to all American veterans living or dead.”

Vossler noted that at count in 2017 there were 18.2 million U.S. living veterans with seven million from the Vietnam War and 558,000 World War II.

On a sobering note, Vossler mentioned that every day 22 veterans commit suicide.

Vossler shared her own military experience with the audience.  “My senior year of high school I felt the pressure of what I wanted to do with my life.”

As the youngest of four children, Vossler knew that her family could not fund college for her, nor could she even ask them to help.  Her brother Bill had enlisted in the National Guard and she explained that when he told her he would get a bonus if she enlisted, she decided to sign up for a six year stint.

Her father had served in the Navy and her mother had been in the reserves along with other family members who served.

Vossler felt that her experiences “Changed my life forever.  When I was asked why I chose to serve, I answered ‘Why not?’ I did it because of the respect of those who served before us, to protect our country.  I took the oath to support and defend the constitution.“

For six years Vossler spent one weekend a month and 15 days of training each summer along with the commitment to be available if her unit was activated.

She spoke of being an 18 year old female from David City, Neb. who had never been away from home or flown in a plane.  “At this time I found my inner strength to make my family proud and most of all make myself proud.”

She spoke of the intense experiences of training, learning about guns, soldier skills and first aid before moving on to become a 42L administrative specialist working with personnel records in the 867th Combat Engineering group in the branch out of Seward.

“These moments were life altering and allowed me to serve my country. Today I attend our Combat Engineering Company reunions and it’s just like having supper with your brother and his wives. The only regret I have is not staying in the National Guard.”

The Exeter-Milligan band played “National Emblem” before recognizing each branch of service during the playing of “America’s Finest.”  Veterans in the audience were asked to stand as their anthem played and the audience recognized them with applause. 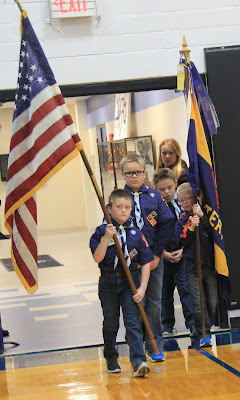 Cub Scouts led the flag Ceremony at the Exeter Veteran’s Day Program on Monday.  They are pictured from the left Levi Jurgensen, Deacon Erdkamp, Richard Hickman and Axel Erdkamp with their Cubmaster, Becky Erdkamp behind them. 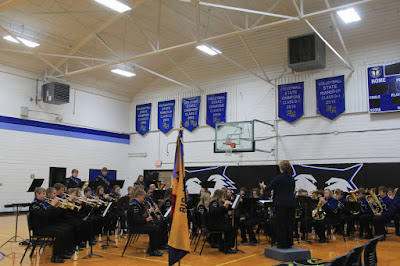 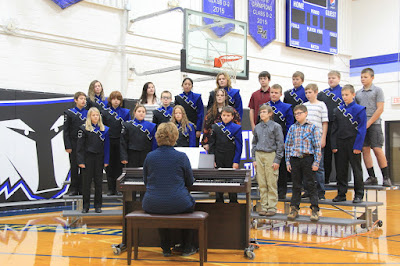 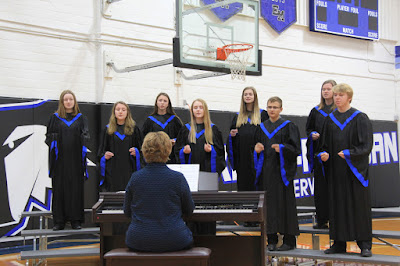 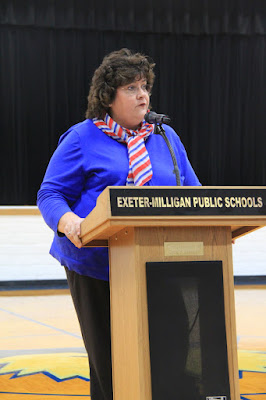 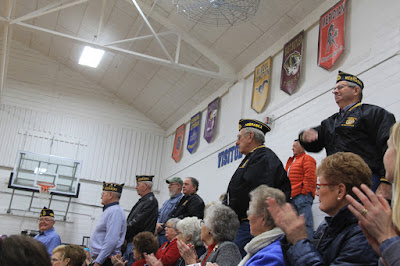 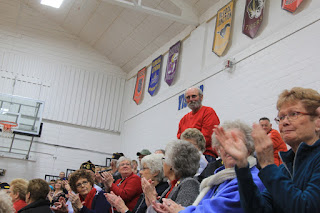 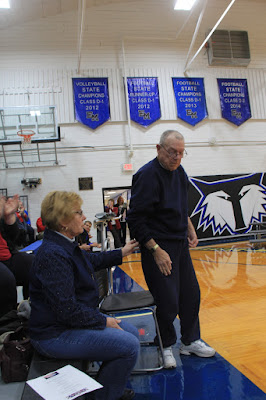 Above – Air Force Veteran Chuck Werner stands as the Air Force anthem is played.
Below – The Exeter-Milligan Band trumpet line plays during the concert.  Pictured from the left are Trever Zelenka, Jaiden Papik, and Mitchell Manning. 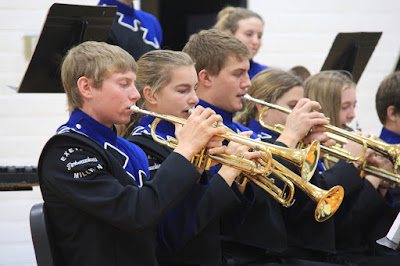 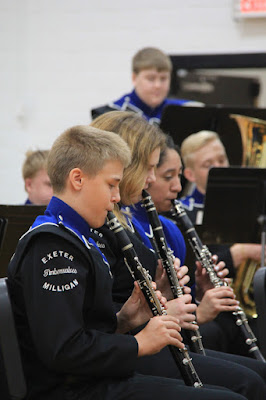 Above- The Clarinet line
Below - Caitlin Murphy closes the program. 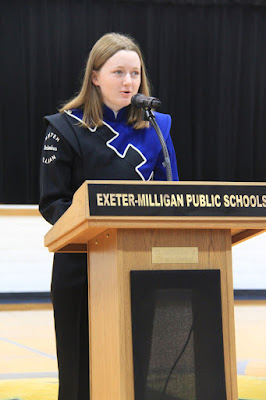