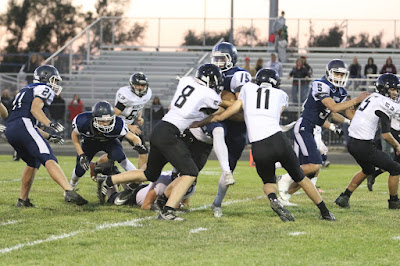 The Cougars showed their claws early at the final regular season game for the Exeter-Milligan/Friend Bobcats.  After a horse collar penalty on the Bobcats gave Cross County a first down they snuck into the end zone giving them six on the board with 5:36 left in the first quarter.  The two point attempt was no good.

The Bobcats weren't about to let that score go unanswered and on a beautiful Spencer Pribyl pass to Max Zeleny in the end zone they were tied 6-6.  Pribyl kept it for the successful two point conversion and it was 8-6 with 2:08 left in the first.

Cross County fought down field and on 3rd and 9 threw a Hail Mary pass that was caught for six  with 8:20 left in the 2nd quarter. Again the Bobcats stopped the two point attempt.

Bobcats sped down field and it was Mitchell Manning's turn in the end zone finding it twice, once for six and once for two making the score 16-12.

Penalities were a big factor in the game and the Bobcats benefited from a pass interference on Cross County.  EMF kept plowing under the two minute mark and Edwin Baptista was in for six and two.  Score was 24-12.

With less than a second on the clock Cross County threw another end zone pass that was caught, two point was good this time.  24- 20 at the half

With 9:26 left in the quarter Baptista barreled down the field for another eight points 32-20.

Cross County took advantage of some yards gained by an unsportsmanlike conduct call on the Bobcats and tacked on eight with 5:11 left in the third 32-28

Manning carried it downfield for the Bobcats and Zelenka caught a Pribyl pass in the end zone.  Two point was denied 38-28

After bobbling the return Cross County took it back to their 13 yard line but couldn't get much farther and turned it over on downs.  Final was 46-28.

The Bobcats will meet East Butler (3-5) in Milligan on Thursday at 7 p.m. 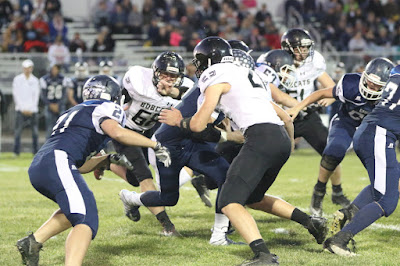 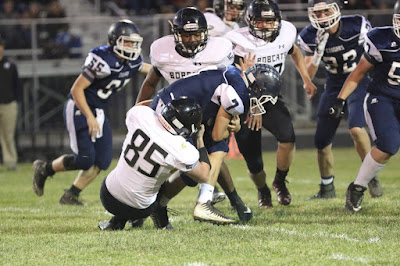 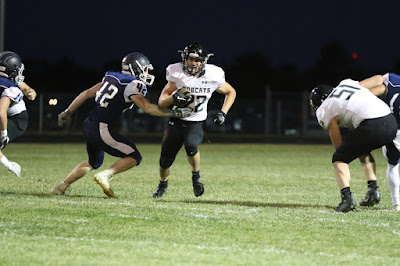 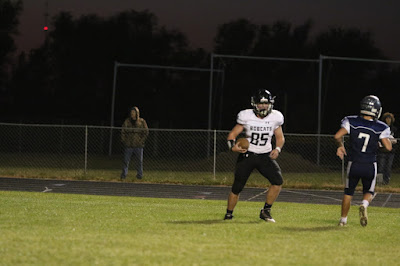 Max catches it in the end zone. 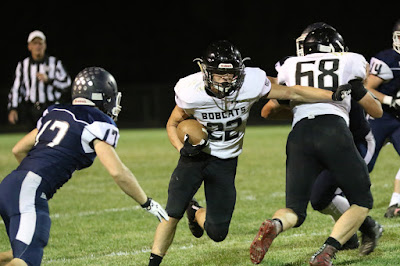 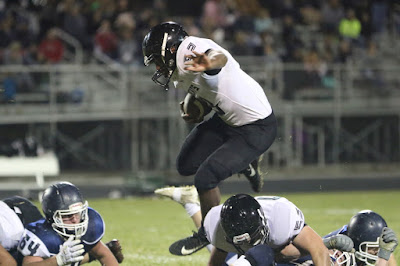 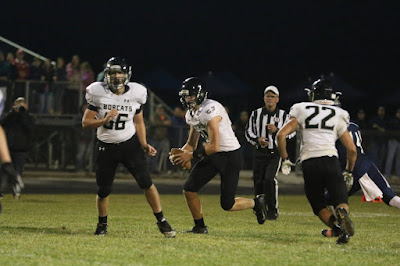 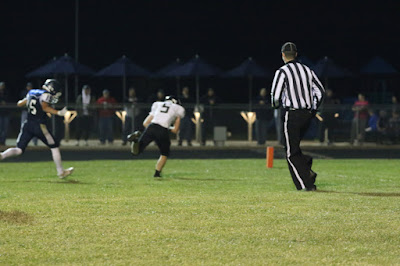 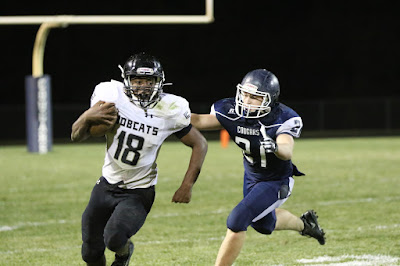 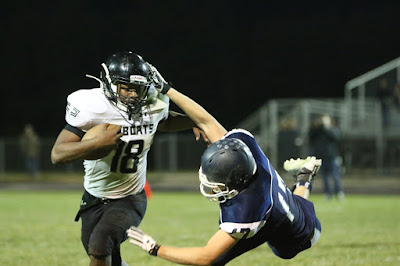