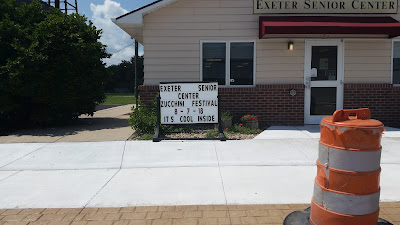 The Exeter Senior Center celebrated National Zucchini Day this year with their own Zucchini Festival.

There were a variety of activities to celebrate the fruit (yes, they are a fruit and not a vegetable).  Baking was judged, there was an art contest created with zucchini and of course the ever popular zucchini race (wheels were inserted on two sides of a zucchini and they were released down a slope).
The zucchini dessert competition was won by Brenda Motis and Sharon Dyer took first in the bread and muffin category.

Participants were also able to make cars and race the cars down a slope.  Doris Hall zoomed into first place with her zucchini wagon (it was reported that her zucchini stayed on the ramp the longest) and in the zucchini decorating contest Polak took first in the favorite character division. 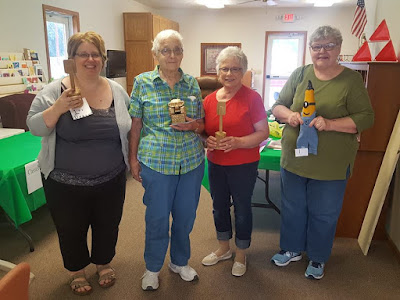 Other photo is mine:  The Exeter Senior Center advertised their zucchini festival downtown. 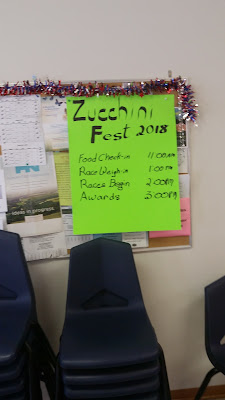 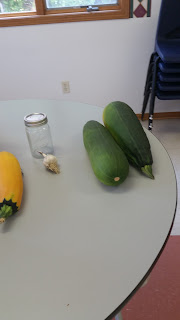