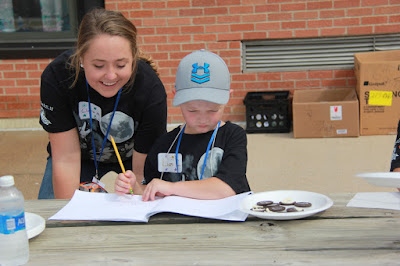 Senior Claire Mounce helps Kindergartener Liam Capek draw a picture of the moons phases during the eclipse event at Exeter-Milligan.

The morning started with new Timberwolf eclipse shirts for everyone before the Exeter-Milligan band marched in front of the school to start the event.

The students were divided into groups led by a high school student and then rotated between the nearly 20 science stations spread out over the inside and outside of the school.

The Kindergarten through eighth grade students participated in hands on learning experiences at almost every station.  Art was involved as the students made galaxy bottles using glitter, cotton balls and paint inside an empty pop bottle.

The students traced their shadows throughout the day, played with solar powered toys, made moon sand and learned about the phases of the moon through Oreos.

High school students led the different stations showing the students how to make a toilet paper model of the solar students and going through the scientific specifics of the eclipse.

Exeter-Milligan Principal Laura Kroll was pleased at how the day went, “Our high school students really stepped up and did an excellent job.  I knew they would do a good job but I am really impressed at how they interacted with the younger students.”

The morning clouds didn’t allow a few of the activities to take place like sun printing and the solar oven (for s’mores) but the students had multiple opportunities for learning.

After eating a lunar lunch which included rocket dogs, cosmic carrots, sun chips and galaxy cake the entire student body gathered on the football field while science teacher, Mr. Matt Nicholas shared more fun eclipse facts and directed the students in watching the event.  The students were given the all clear to take off their glasses during the full eclipse time and reminded to replace the glasses when the moon moved back across the sun.

The afternoon was spent learning to moonwalk, playing Saturn’s ring toss (with cones and hula hoops) and a musical squirt gun game. 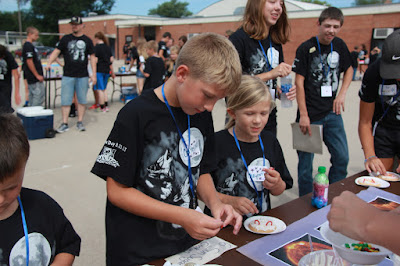 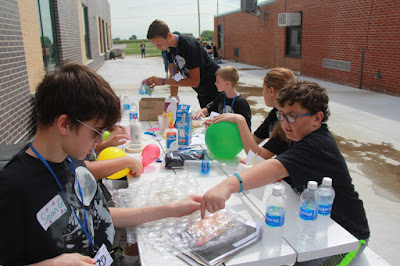 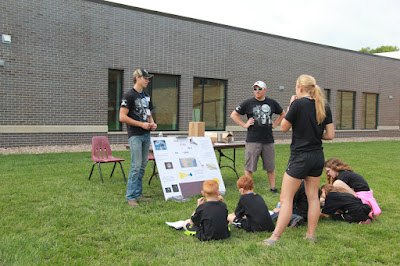 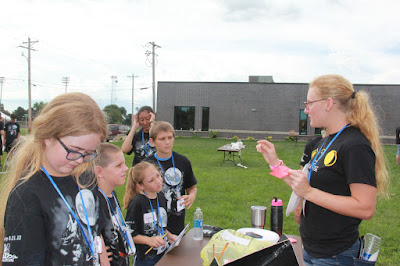 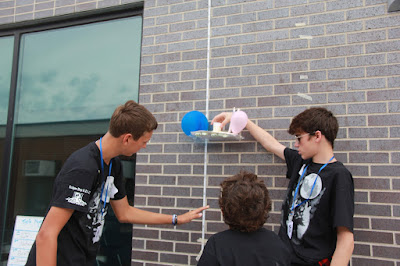 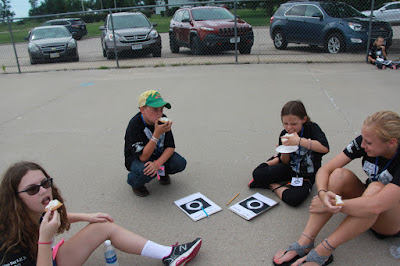 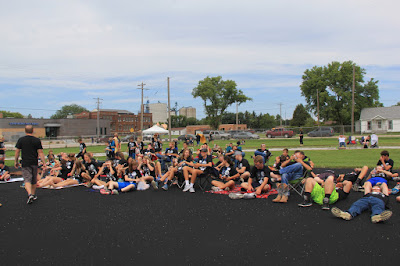 The inside of the track started to get crowded with Exeter-Milligan students prepping for the total eclipse viewing. 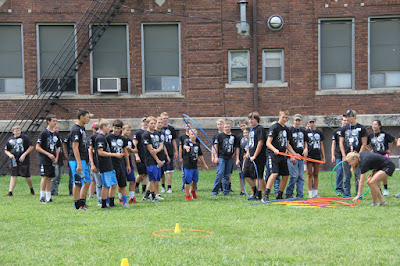 Tossing Saturn’s rings was one of the afternoon activities for the Exeter-Milligan students. 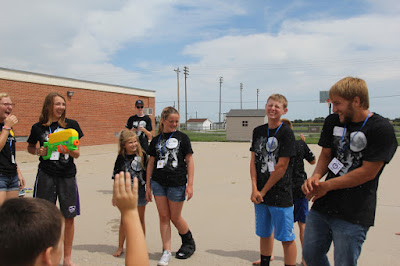 Musical squirt guns was fun for all.  When the music stopped the squirt gun stopped and whoever was holding it got to squirt who they wanted to.  Above Kate Jansky takes aim at Joey Bartu (far right) and Trever Zelenka (right). 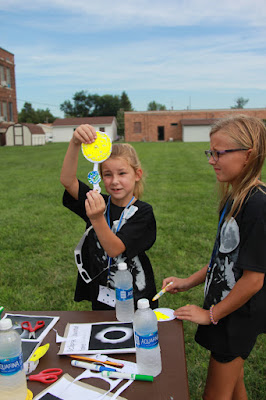 Addison Foutch holds up her working paper model of the eclipse as Kaydence Haase gets her model colored.
Posted by Leesa Bartu at 7:30 AM