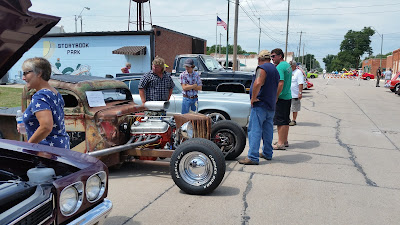 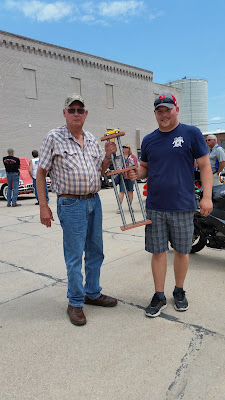 Exeter celebrated the 150th birthday of the State of Nebraska on Saturday with a car show, parade and supper with a polka band.
The car show downtown featured everything from tractors and motorcycles to pickups and mini cars.  Placing first in people’s choice was Lawrence Jensen (above left) with his 1957 Ford 300, first in the rat rod category was Randy Hall and judges choice was the Dodge Hellcat owned by George and Adam Erdkamp. 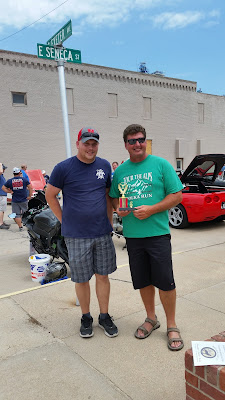 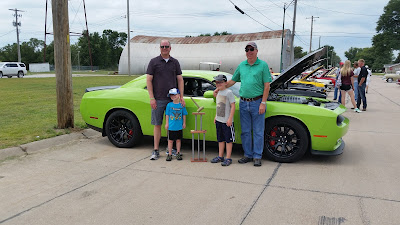 Pictured in front of their Hellcat are first place trophy winners in the judges category from the left are Adam, Axel, Deacon and George Erdkamp.
Posted by Leesa Bartu at 7:00 AM