Exeter-Milligan Moves on to second round at State Tournament 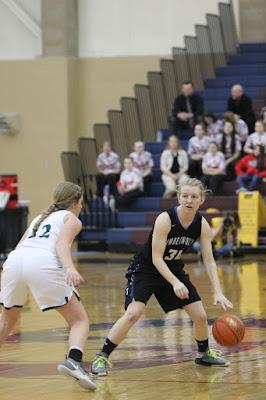 Samantha Horne, above and below, handles the ball for the Timberwolves 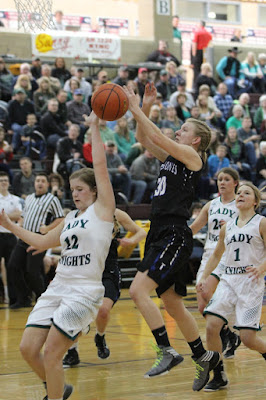 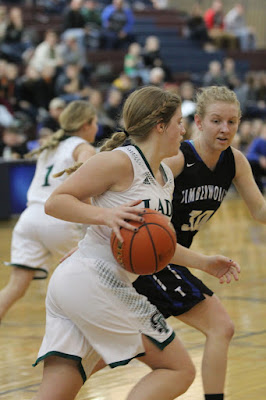 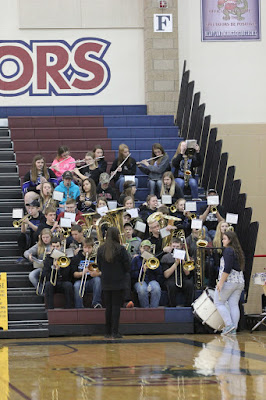 Exeter-Milligan band helped their team warm up and also pumped them up during half time! 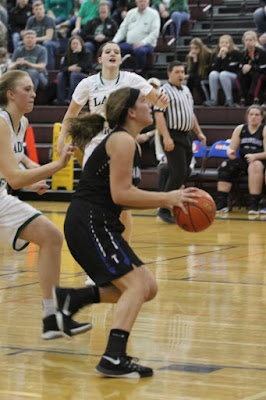 Sydney Hall heads to the hoop for the Timberwolves. (above and below) 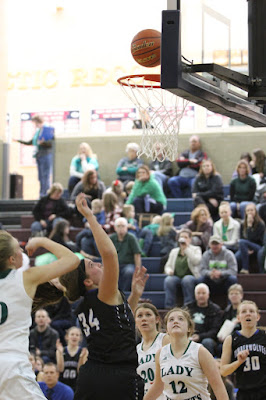 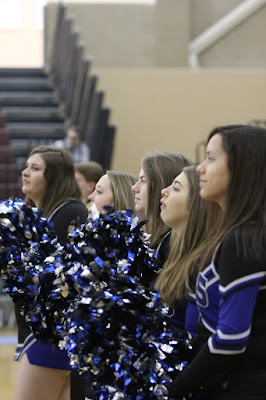 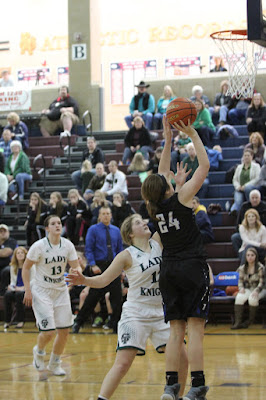 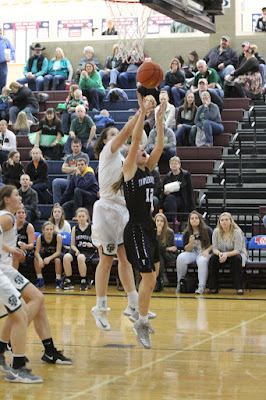 Katherine White gets it to the hoop and shoots a free throw below. 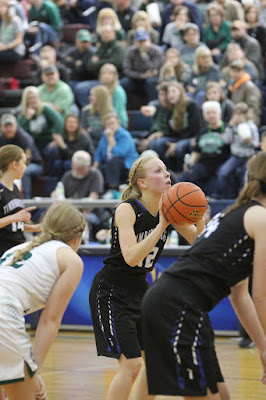 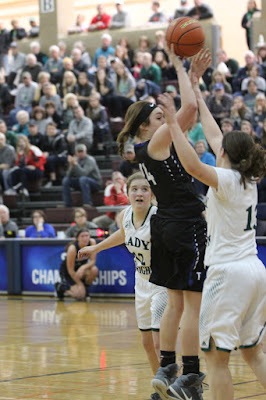 Hannah Beethe in for two below. 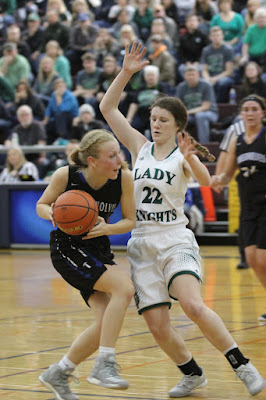 Above, Katherine White, works around a Lady Knight while below she and Sydney Hall surround a Sandhills/Thedford player. 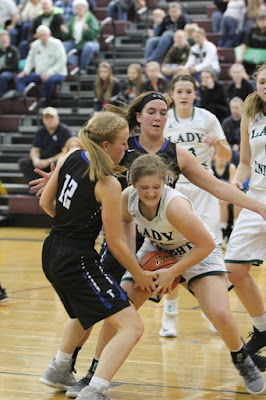 The Exeter-Milligan Timberwolves played every bit out of their wild card berth at the State Tournament on Thursday.  The Timberwolves met Sandhills/Thedford for the early 9 a.m. game at Northstar High School.  The Knights put the first two points on the board but the Timberwolves trailed right behind putting up two every time the Knights would.  At the end of the first quarter the Timberwolves were just trailing by one and at the half they trailed by just two points 18-16.  Out of the break the T-wolves jumped right on and went ahead by one just a few minutes into the third quarter.  They never looked back and took a seven point lead with seven minutes left in the fourth quarter.  With three minutes to go in the third the Knights tied up the game but the Timberwolves constantly edged ahead.  The Exeter-Milligan team led by one point with 10 seconds on the board and were able to sink two free throws.  A final free throw for the t-wolves was too much for the Knights and the T-wolves won 44-41.  They will meet #1 seed Falls City Sacred Heart Friday night at Bob Devaney Sports Center at 7 p.m.
Posted by Leesa Bartu at 4:31 PM