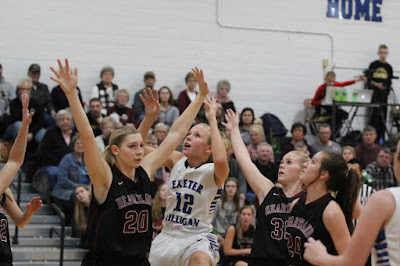 The Lady Timberwolves extended their win record Friday night at home versus the Class D-1 Heartland Huskies. The Timberwolves held on to the lead that they had during the entire game but the final score ended just like the first quarter, ahead by one point.  The final at the buzzer was Timberwolves 55-54 Huskies.

Above: Exeter-Milligan’s KK White shoots around Heartland #20 Megan Kroeker for two points in their one point win over the Huskies Friday night in Exeter. Below: KK goes up for another two.

15 – Hannah Beethe controls the ball for the Timberwolves in an exciting fourth quarter in Exeter against the Heartland Huskies.  The Timberwolves kept their lead by one point at the final buzzer. 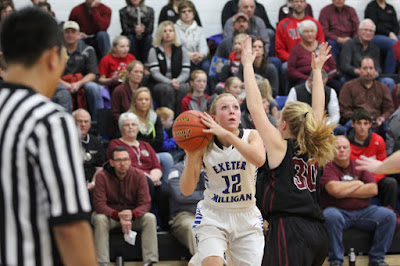 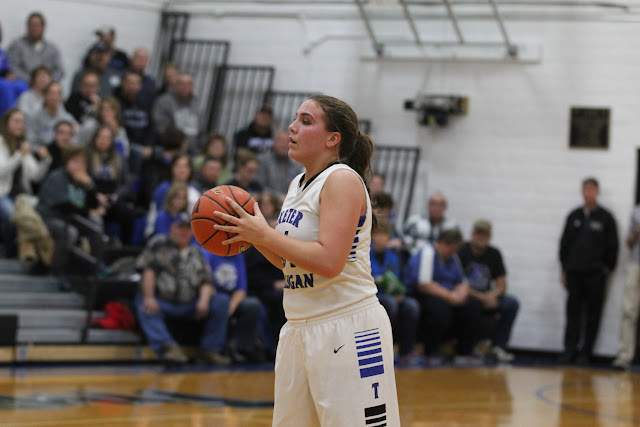 Sydney Hall takes stock of her options on the court above before taking a shot below. 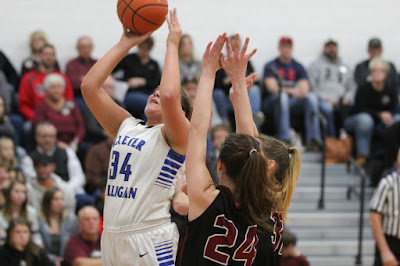 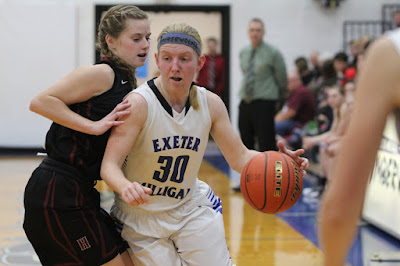 Timberwolf Samantha Horne handles the ball around Huskie #12 Katie Bergen.  The Timberwolves were up by over ten points during the third quarter but the Huskies came back in the fourth to make an exciting few minutes for the crowd in Exeter.  The Timberwolves came out on top by one point. 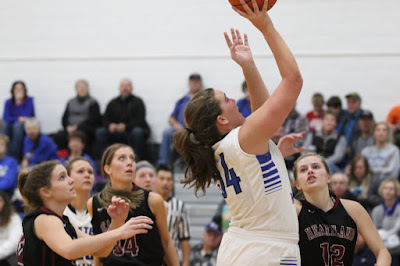 Above: Sydney Hall is watched by the Huskies as she puts another two points up while below Kate Jansky shoots another three! 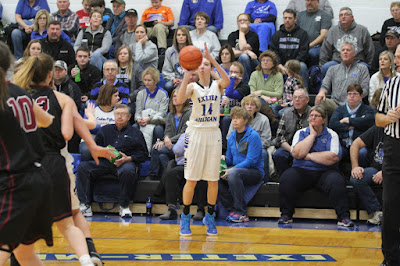 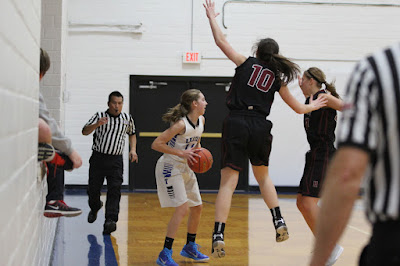 Above: Kate Jansky is hounded by some Huskies.  Below:  Hannah Beethe dribbles around two Huskies and hits the hoop for two. 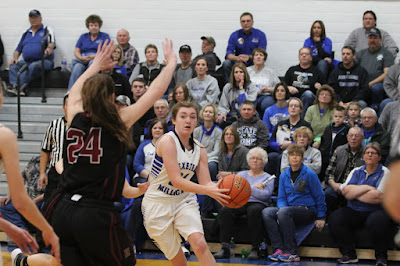 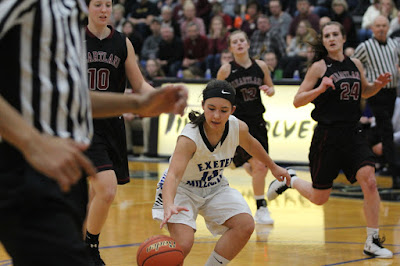 Anna Sluka handles the ball during the third quarter. 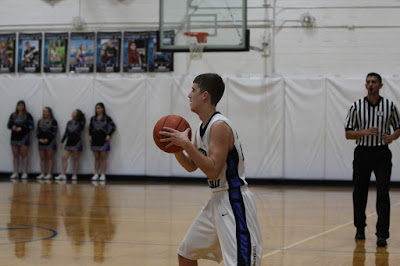 The Timberwolf boys had a rough first quarter with their first points of the game coming from the foul line from Cameron White.  The T-wolves were down by19 points at the half and never came close to the Huskies.  The final score was 65-36 during the Friday night match-up.

Above Seth Maxson brings the ball into play for the Timberwolves.
Below:  Eric Olsen dribbles the ball around Heartland’s #1 Austin Stuhr during Friday night’s matchup in Exeter. 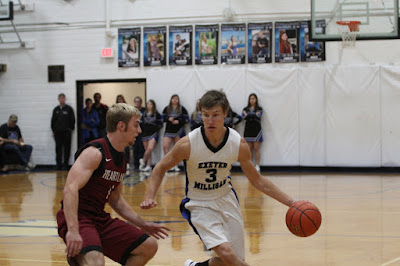 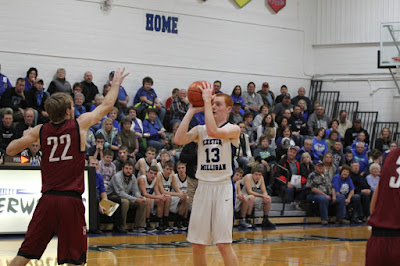 Above: Patrick Murphy put the first three pointer on the board for the Timberwolves. Below: Murphy gets a fast break down the court. 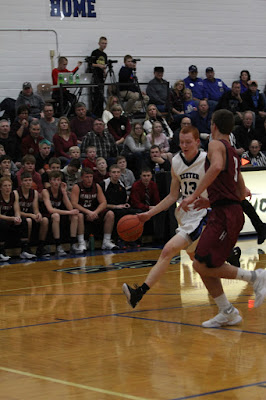 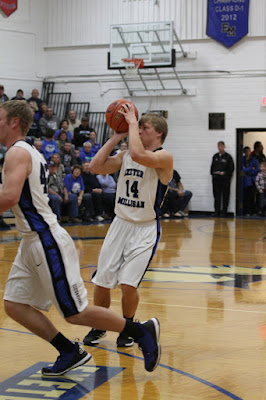 Above: Trevor Luzum heads for the hoop for two while below Cameron White fights his way through traffic for another two points. 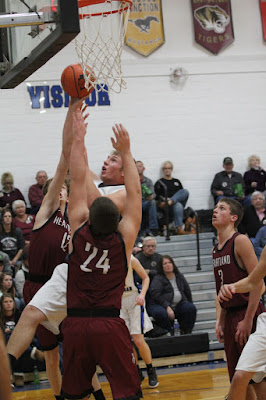 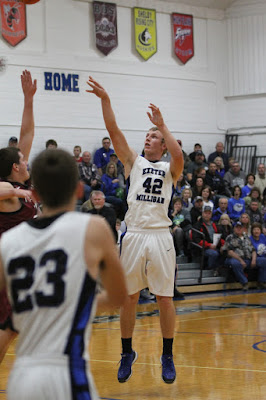 White sends another ball toward the hoop. 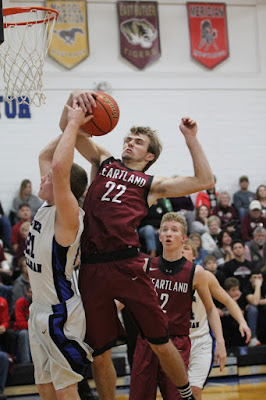 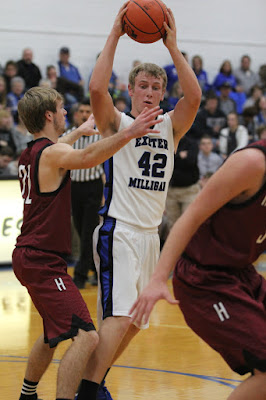 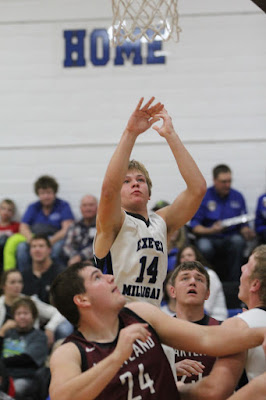 Trevor Luzum rises above the Huskies to sink another bucket in the second half. 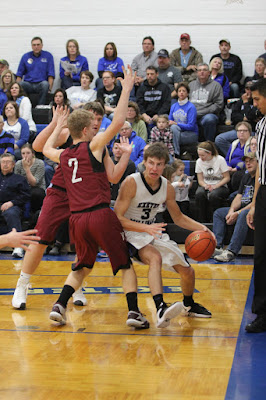 Eric Olsen looks for some room to move around the Huskies.
Posted by Leesa Bartu at 7:30 AM