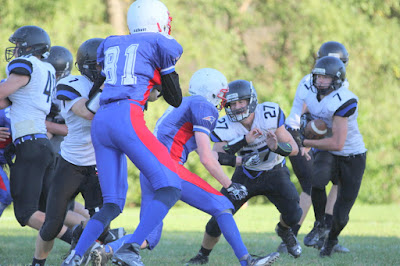 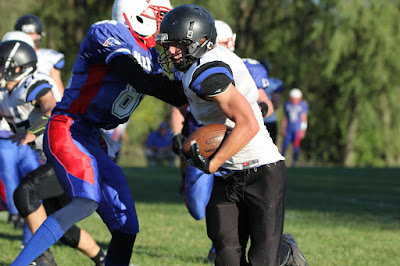 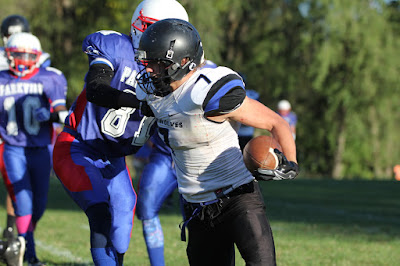 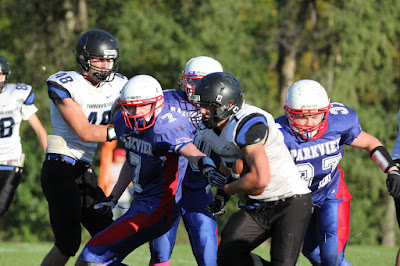 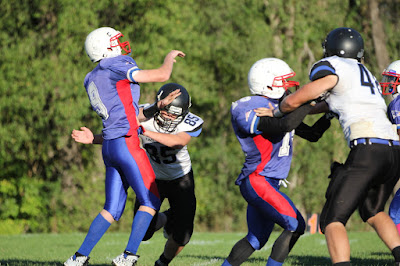 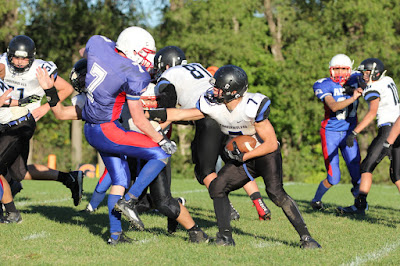 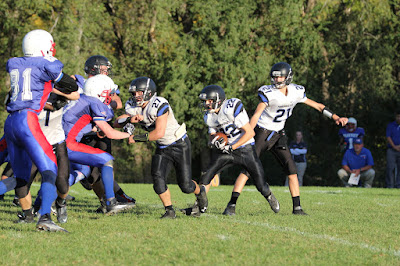 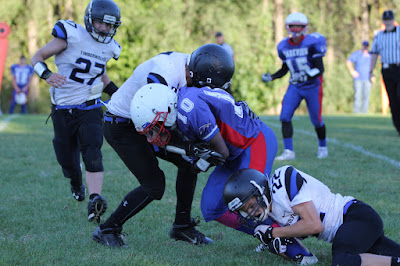 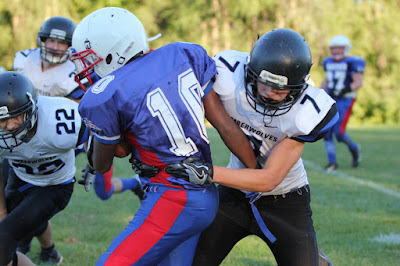 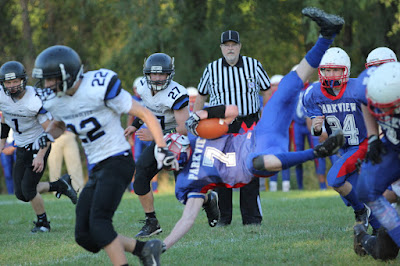 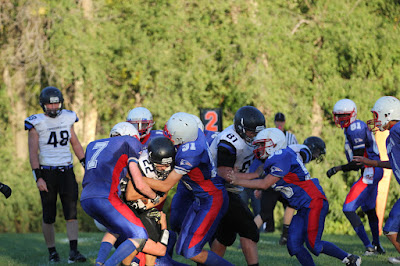 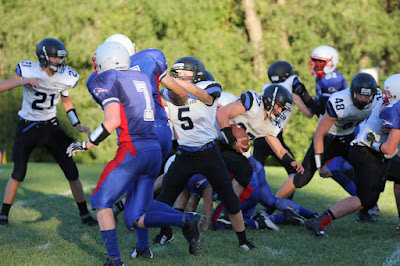 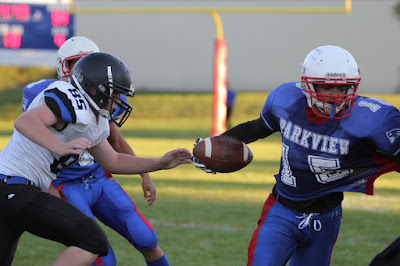 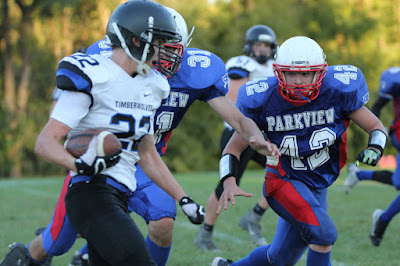 Parkview Christian learned quickly during Friday afternoon's matchup that they had to stop the running game led by Exeter-Milligan's Trevor Luzum.  Before the three minute mark in the first quarter Luzum had taken the ball 51 yards down the line for a touchdown.  At 6:51 Luzum found his way around the Crusaders for another 6 points.  Parkview found themselves behind 12-0 at the end of the first quarter.
Parkview got on the board with 8:20 in the second quarter after they intercepted a Spencer Pribyl pass and faked a punt bringing the score to 12-0 in favor of the T-wovles.
Mitchell Manning came in as Exeter-Milligan's running back and went 30 plus yards into the ends and then Manning caught the pass for the two point conversion.  E-m up 20-6 at the 6:47 mark.
Luzum found the end zone again on a 15 yard run with 2:10 left in the first half 26-6.
E-M got the ball to start the first half but fumbled it on the 14 yard line Tanner Pinon capitalized on the mistake and ran into the end zone with 11:12 left in the third quarter.  They completed the PAT and the score was 26-14.
Back to Luzum who runs the ball and the T-wolves are about to have to turn the ball over when the Patriots are charged with a face mask foul.  Luzum ends up in the end zone on a seven yard run with 10:04 in the third.
Pribyl takes a turn into the endzone with 5:17 left in the third and Luzum completes the PAT.  Score is now 40-14.
Parkview Christian was plagued by the Exeter-Milligan defense and penalties and on fourth and 20 fumbles the ball with Jos Cremers recovering.
The T-wolves cash in on their error and Luzum takes the ball into the end zone with 2:01 left.
At the start of the fourth quarter the T-wolves fumble, and Parkview Christian capitalizes with a first done but then toss and fumble the ball and Cameron White picks it up and runs to the end zone.  Luzum carriers and the ball is stripped from him at the five yard line.
Parkview starts back across the field and Joey Bartu intercepts a pass.  The Timberwolves are down to the eight yard line with Parkview Christian is offsides bringing Exeter-Milligan to a first down with four to goal.  Bartu carries in for the touchdown and Manning catches the PAT.  Score is now 54-14.
Parkview got one more good 57 yard run into the end zone with 3:56 left in the game brining the final to 54-20.  The Timberwolves will have their bye week and will meet Mead (3-3) at home in Milligan on October 21. Mead has lost to some of the top teams in the state including Falls City Sacred Heart and Osceola.  They lost to Friend 42-14.
Posted by Leesa Bartu at 12:53 PM