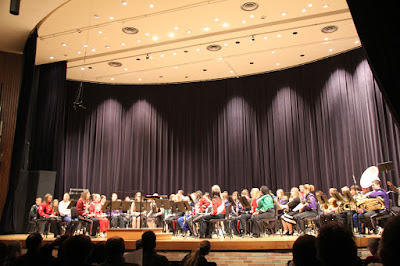 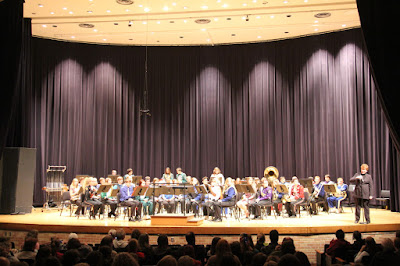 The students spent most of the day on Saturday learning and practicing their pieces for a performance on Saturday evening.

Exeter-Milligan Band Director, Mrs. Angie Murphy accompanied the group, along with several chaperones.  The event was held at the University of Nebraska at Kearney.  Exeter-Milligan students performed in the Symphonic Band and the Wind Ensemble.

Exeter-Milligan had the highest number of participants out of all the schools participating in the event.

Below - Exeter-Milligan’s Patrick Murphy performing with the Wind Ensemble during the Class D All-State Band concert. 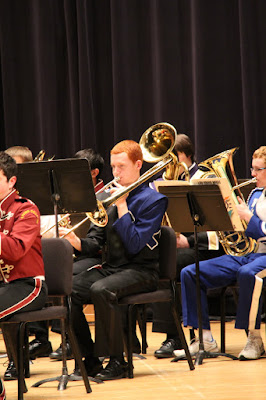