The evening began with the third and fourth graders performing on their recorders.  Different groups of students performed “Hot Cross Buns,” “Merrily We Roll Along,” “Old MacDonald Had A Farm,” and “Ode to Joy.”

The entertainment continued with the kindergarten, first and second graders performing “Disney Spectacular,” which included a variety of classic Disney songs.  The students also had the option to dress as one of the characters in the songs they sung.  Each class also had a song they sang alone.  The kindergarten class sang “A Step in Time,” first graders performed “I’ve Got No Strings,” and second graders crooned “Candle on the Water.”

They ended their portion of the performance with the very appropriate, “Mickey Mouse March.”
The fifth grade band opened the next portion of the concert playing “Paddywack.”

Band Director Angie Murphy recognized the fifth and sixth grade students who had performed at the Bruning-Davenport Band Contest.  All of the students received Superior ratings.

The third and fourth grade classes continued the vocal performance with “Disney Dazzle.”  Their song selections were from “Beauty and the Beast,” “Alladin,” and “The Little Mermaid.”  All of them enjoyed performing “Under the Sea” as they plugged their noses and “plunged” down under the water.

The fifth and sixth grade classes enjoyed presenting several numbers from “High School Musical.”  They started off with “Get’cha Head In The Game,” and tossed balls to prove they were in the game.   They ended the evening with “What Time Is It?”

Below:  Emma Meyer (left) Jolene Vossler (middle) and Kierra Papik sing to "How D'Ye Do And Shake Hands." 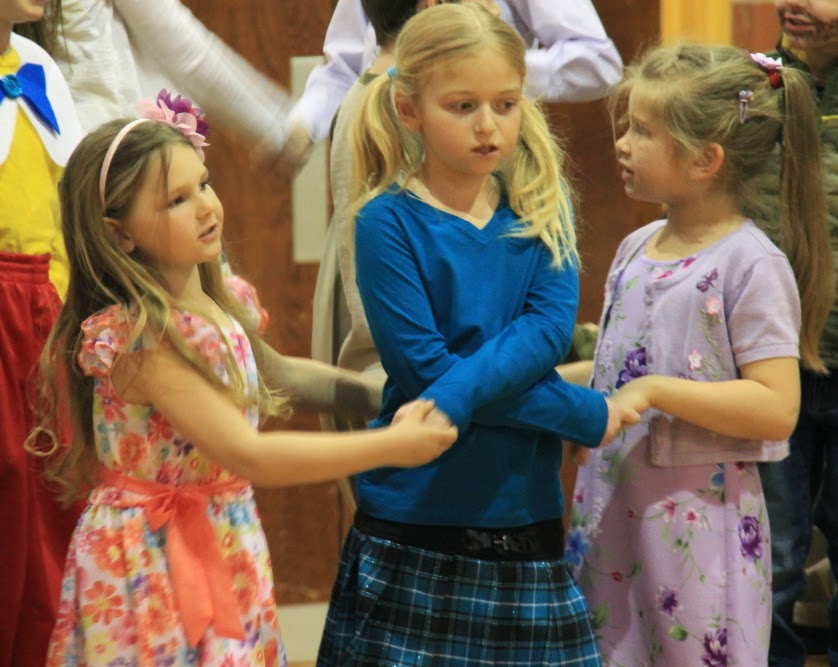 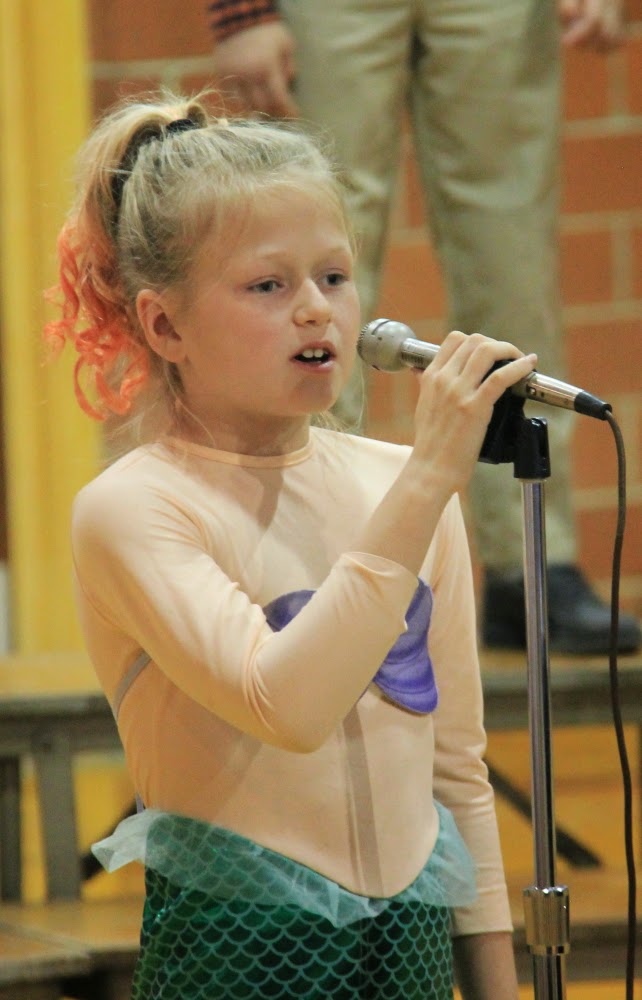 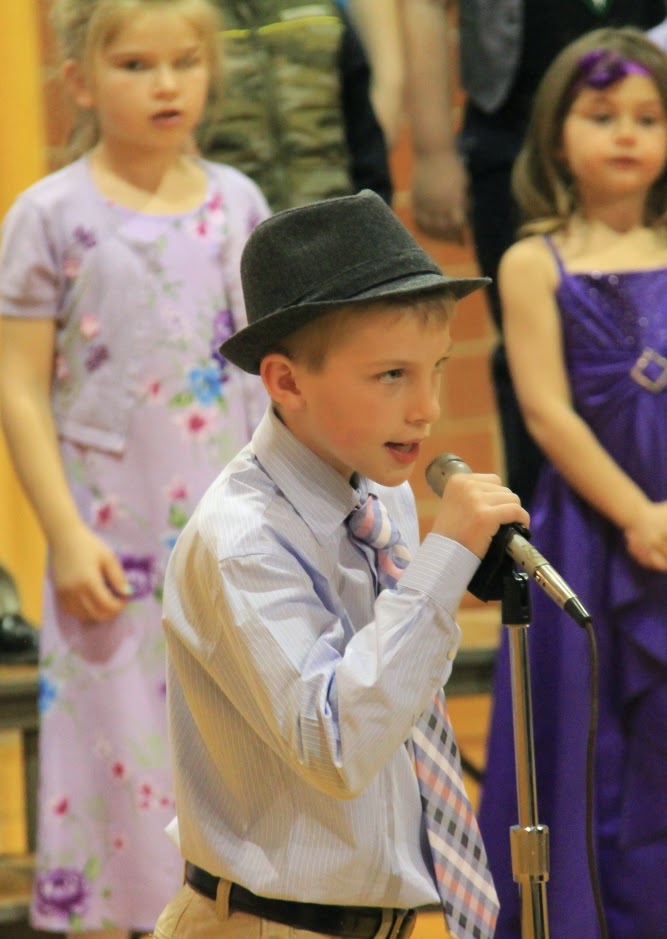 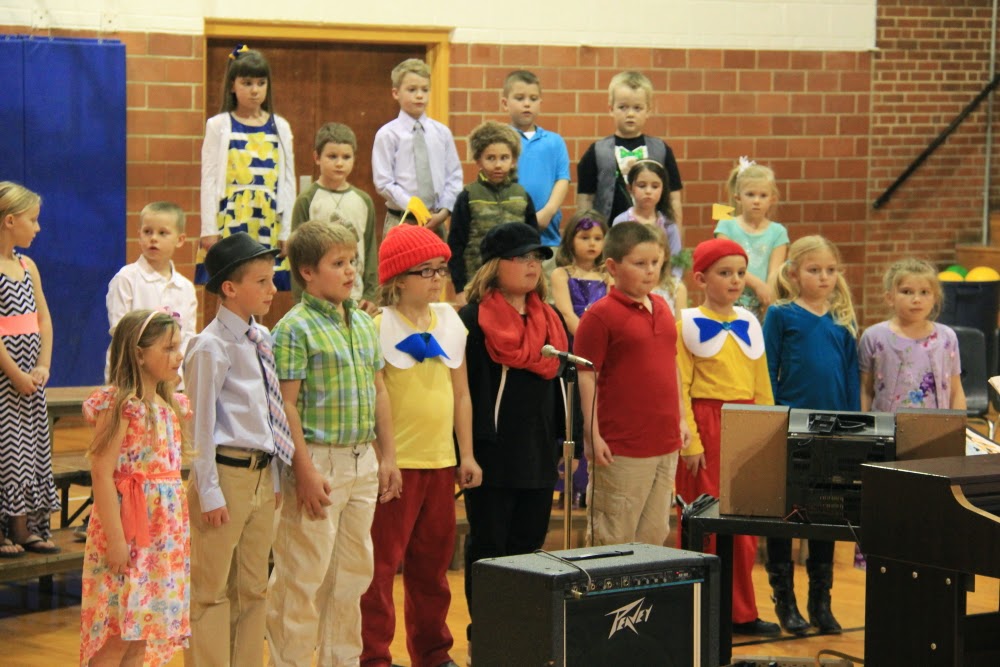 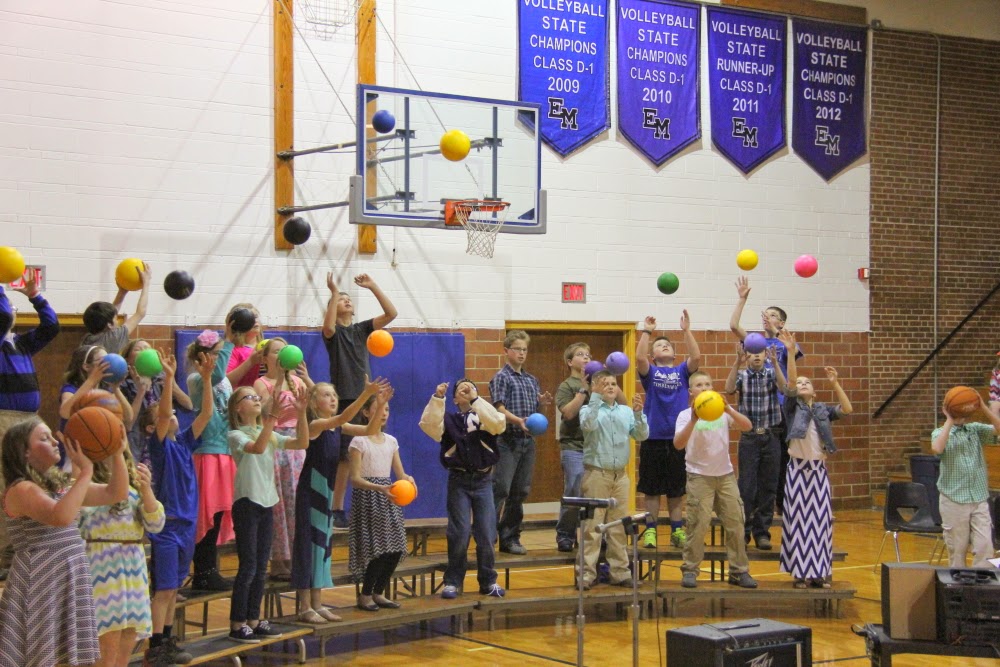 Exeter-Milligan fifth and sixth graders toss their balls when performing “Get’cha Head In The Game.”
Posted by Leesa Bartu at 5:13 PM