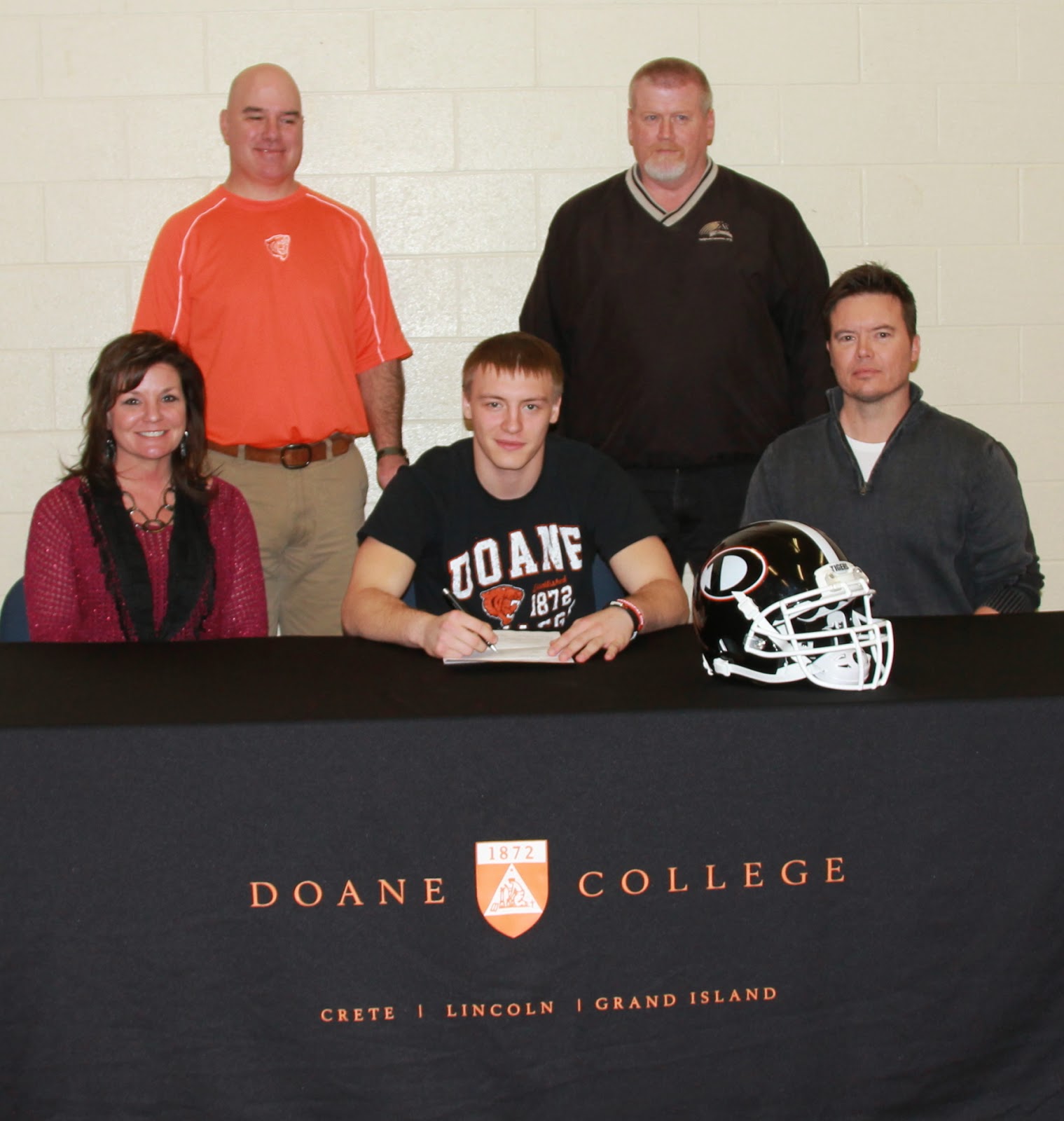 Exeter-Milligan football and basketball standout has made his decision, he’s not going to be far from home at Doane.

Kyle Jensen looked mainly at schools in the state of Nebraska, especially looking at Concordia, Wayne State and Nebraska Wesleyan but found his choice was even closer to home in Crete.

“Doane has a real team unity and the coaches were what I was looking for.  Plus, my brother goes there and it’s close enough to home but I still have some space,” explained Jensen.

Jensen anticipates joining the team as a running back and Doane head football coach Matt Franzen is looking forward to having Jensen, “His leadership and work ethic attracted us.  He is not going to shy away from hard work.”

Franzen also added that Jensen has the size, strength, ability and speed that they are looking for in a good football player.  “Kyle understands what it is to be a competitor.  He is a championship caliber player and competitor.  We were impressed after meeting him after the football season.  His demeanor and confidence is what we look for in recruiting, not just talent.”

Exeter-Milligan coach Dean Filipi looks for Jensen to have continued successes, “He started his freshman year on defense and shared duties on offense with Jimmy (Sluka).  Kyle’s just gonna keep getting better with work.  His work ethic and willingness to play will make him a good asset.  He has been a good leader for his.  He leads by example and has shown our team what you can do with hard work.”

Franzen noted that Jensen’s hard work has already paid off, “He is physically ready to play college football.  A lot of guys we get need a year to get in shape physically to play for us but we will be able to play Kyle right away.”

Jensen is looking forward to Doane College off the field as well.  He plans to major in business and is exploring the option of a minor in computers.

Jensen will be a member of the 57th Annual Shrine Bowl team.  He was chosen as one of the 70 best senior players of high school football in Nebraska. The game will be played on Saturday, June 2nd at the University of Nebraska-Kearney at 2 p.m.
Posted by Leesa Bartu at 9:39 AM