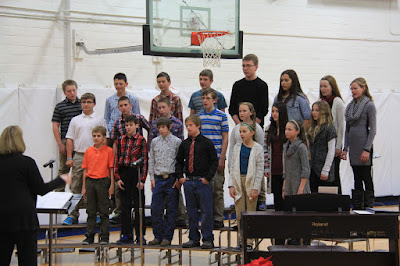 The Exeter-Milligan Junior High and High School students presented their Christmas Concert on Thursday, December 17 in the Exeter Gymnasium.

Under the direction of Mrs. Angie Murphy the Junior High choir opened the concert with “Rocking’ On A Christmas Eve” before singing “Somewhere in My Memory.”

The Junior High Women’s Ensemble did an excellent job performing “All I Want for Christmas is You.”  The girls chose the song and practiced on their own.

The Jazz band performed a medley called “Mistletoe Magic” before the Senior High Women’s Ensemble sang “Do You Want to Build a Snowman?” and “Anitphonal Deck the Halls,” accompanied by pianist Caitlin Murphy.

The ensemble was joined by Friends of Vocal to sing “Silver Bells.” 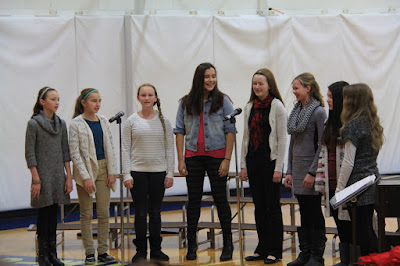 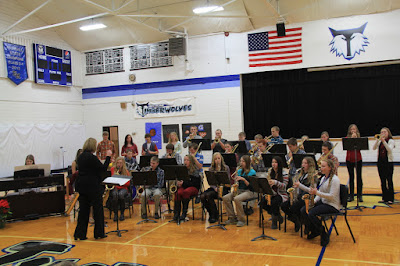 The Exeter-Milligan Jazz Band performed at the Christmas Concert. 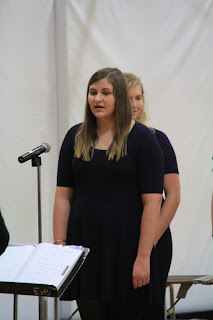 Ashley Benorden sings a solo during "Do You Want to Build A Snowman?" 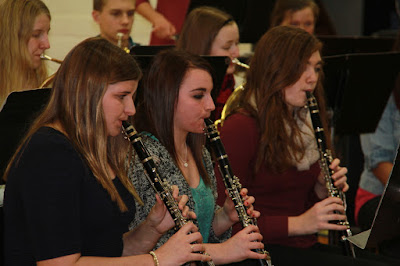 Playing clarinet in the Exeter-Milligan band are from the left Ashley Benorden, Kaityln Vavra and Hannah Beethe.

The Exeter-Milligan Junior-Senior High band.
Posted by Leesa Bartu at 7:30 AM