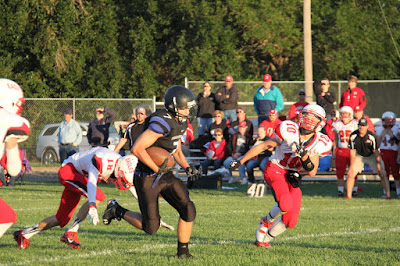 Above:  Trevor Luzum runs the ball in for a touchdown.  Below:  Spencer Papik blocks for Sean Maxson. 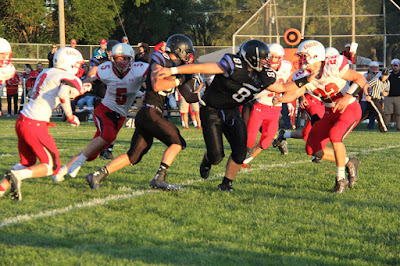 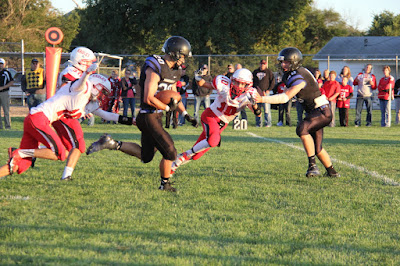 Maxson runs the ball in again. 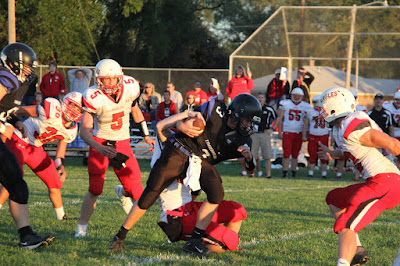 Johnson Brock tries to bring down quarterback Sam Zeleny (above and below). 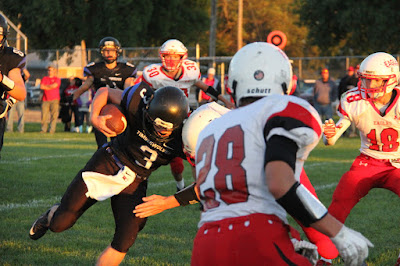 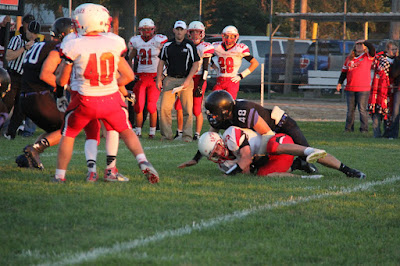 Above: Cameron White sacks the Johnson Brock quarterback for the first of his two sacks on the night.  Below:  Jack Dinneen catches a Zeleny pass for a touchdown. 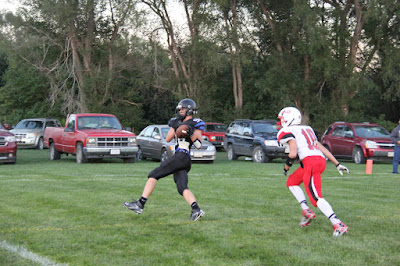 With a score of 32-0 at half it looked like the Timberwolves had the game in the bag but apparently the Eagle hadn't quite landed yet.
The Johnson-Brock Eagles pulled a few fast moves and in two minutes as the third quarter ticked down they put up 16 unanswered points.  They added twelve more points in the fourth quarter but the Timberwolves came back with 16 points on their own for a final score of 46-28 and win #29 in a row for the Timberwolves.  The Exeter-Milligan senior boys now have an unbelievable record of 41-1 for their football career.
Posted by Leesa Bartu at 10:50 PM