Exeter-Milligan Makes a Splash with Win #30 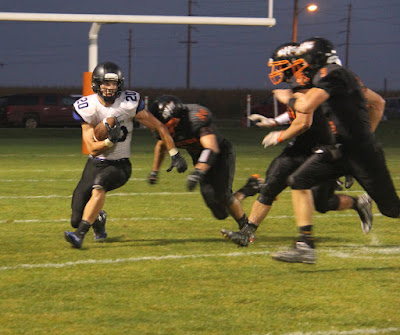 The Hornets were after Timberwolf Sean Maxson all night.  Last year was one of the highest scoring games in 8-man football with the Timberwolves on top 76-62.  Tonight the battle was a little different.  Giltner with an already soggy field received one inch of rain at 5:30 p.m. just before the 7:00 game.  Before the players even started the game they were muddy and wet.  Both teams struggled to keep their footing and Exeter-Milligan's running game was shut down by the Hornets.  The Hornets got on the board with the first score just before the end of the first quarter but were denied the extra points.  The Timberwolves came back strong in the second quarter putting up six points with the extra two to top it off 8-6.  The game came down to the last few minutes with the Timberwolves stopping Giltner on the Timberwolf 10 yard line with 10 seconds left in the game. Final score Timberwolves win 16-14. The Timberwolves will meet Lawrence-Nelson in Milligan on Friday night.  The Raiders are 3-0, beating Lewiston, Heartland Lutheran and Kennesaw. 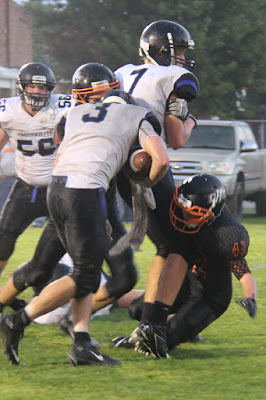 Trevor Luzum #7 tries to make a hole for E-M Quarterback Sam Zeleny.  Below Zeleny can't get away from those pesky hornets. 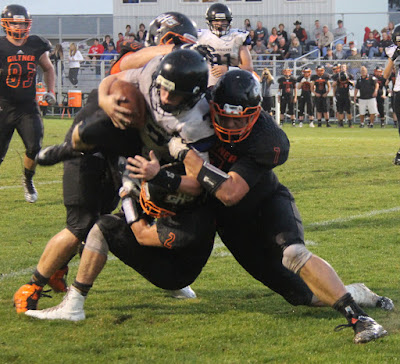 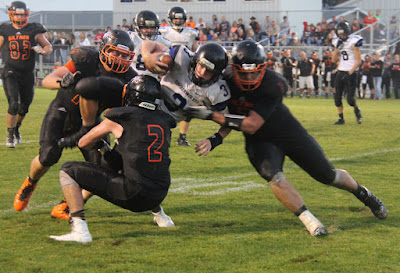 Zeleny tries to break away for some yardage below. 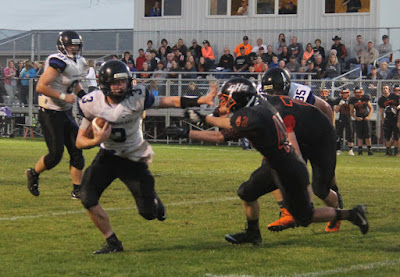 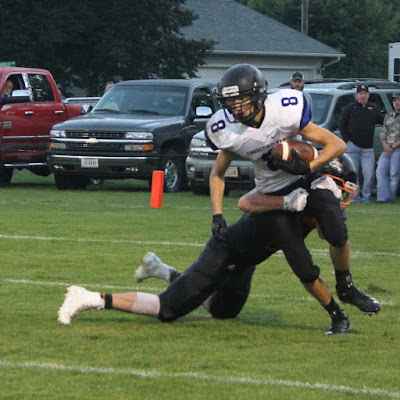 Eric Olsen #8 catches a pass for a short gain for the Timberwolves. 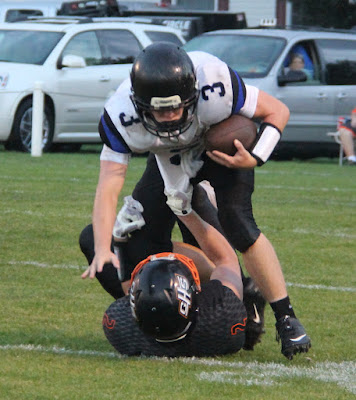 The Giltner Hornets won't leave Zeleny alone above and below. 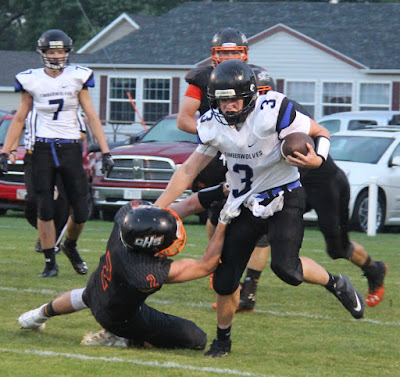 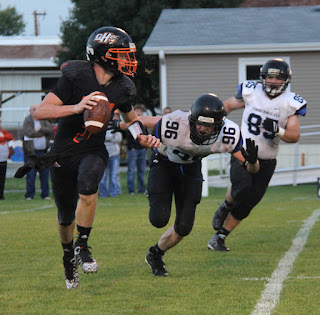 Exeter-Milligan's #96 Jack Dinneen and #85 Kirby Soukup go after the Hornet's quarterback . Below Spencer Papik #81 puts the pressure on #3. 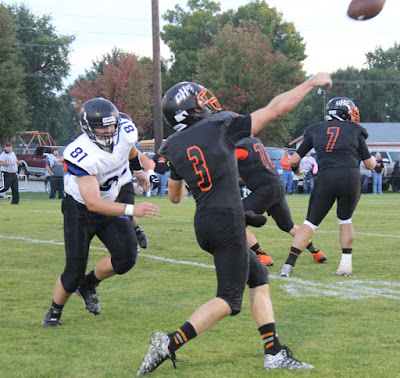 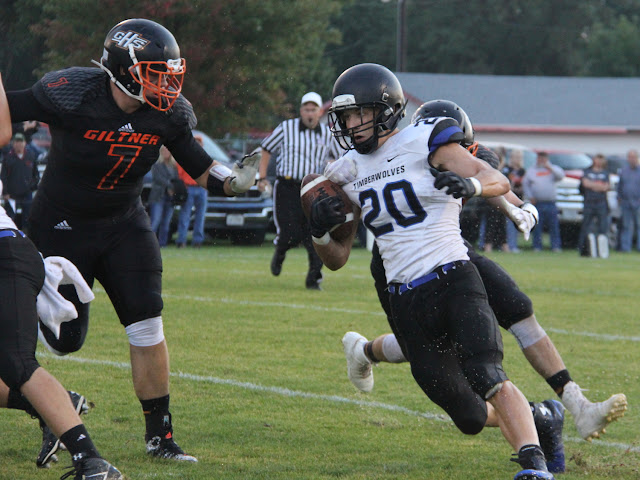 #20 Sean Maxson throws up water as he runs the ball with Giltner's #7 Corey Hoelck headed for him.
Posted by Leesa Bartu at 11:00 PM