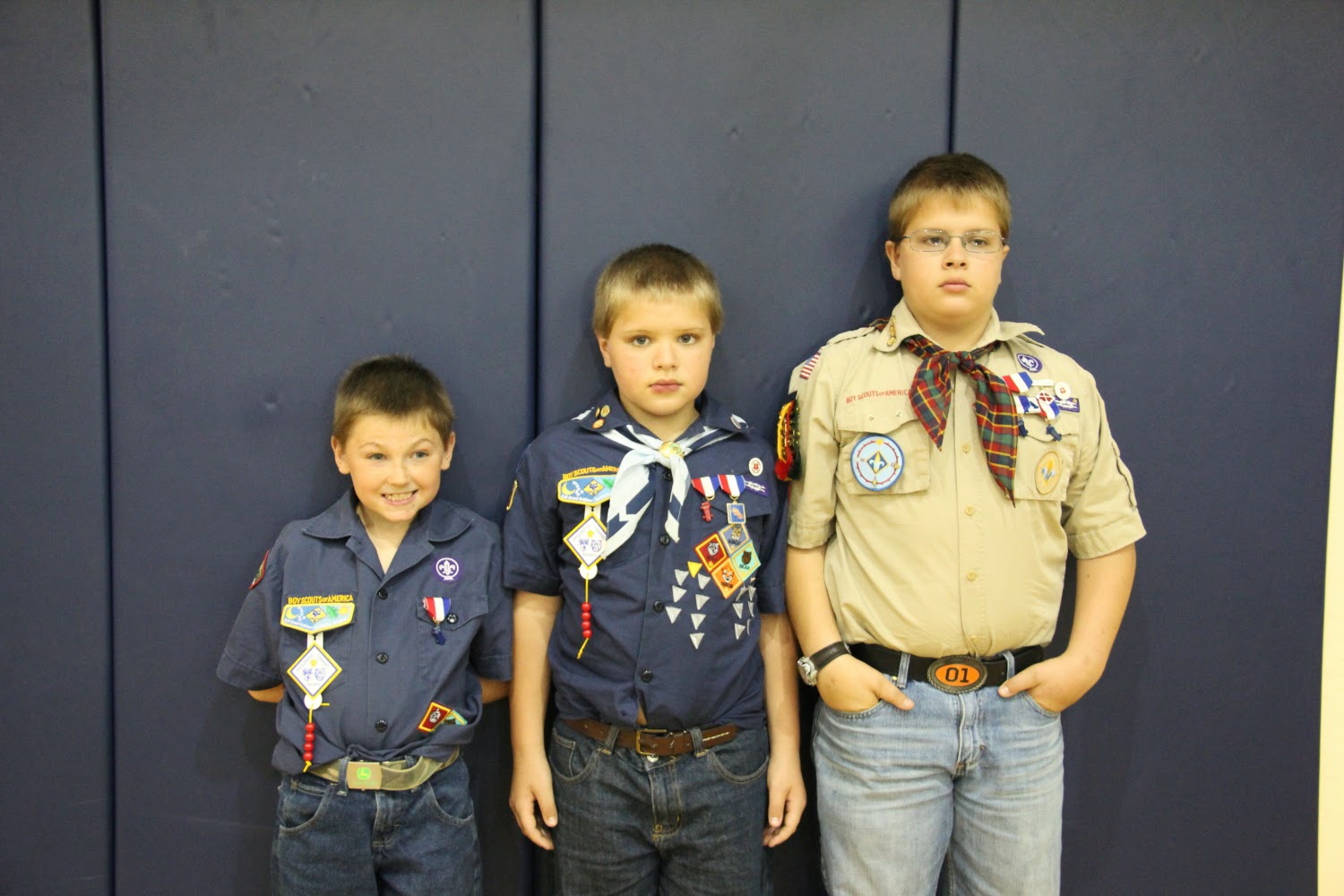 Cub Scouts in the Prairie Winds District participated in the District Pinewood Derby on Saturday, April 18th.  Hosts for the event were Pack 241 out of Stromsburg.  Over 50 scouts brought their cars to race or show at the event.  There were trophies given in the race class for each rank and in the three divisions for show.  There was also a trophy given for the fastest car and the best overall car in the show division. The event was held at Cross County High School just south of Stromsburg.

Above-  Exeter Pack 218 Scouts who participated in the District Pinewood Derby at Cross County High School were from the left: Josh Meyer (race- 4th place in the Bear Division), Mikey Bartu (show), and Ben Bartu (show). 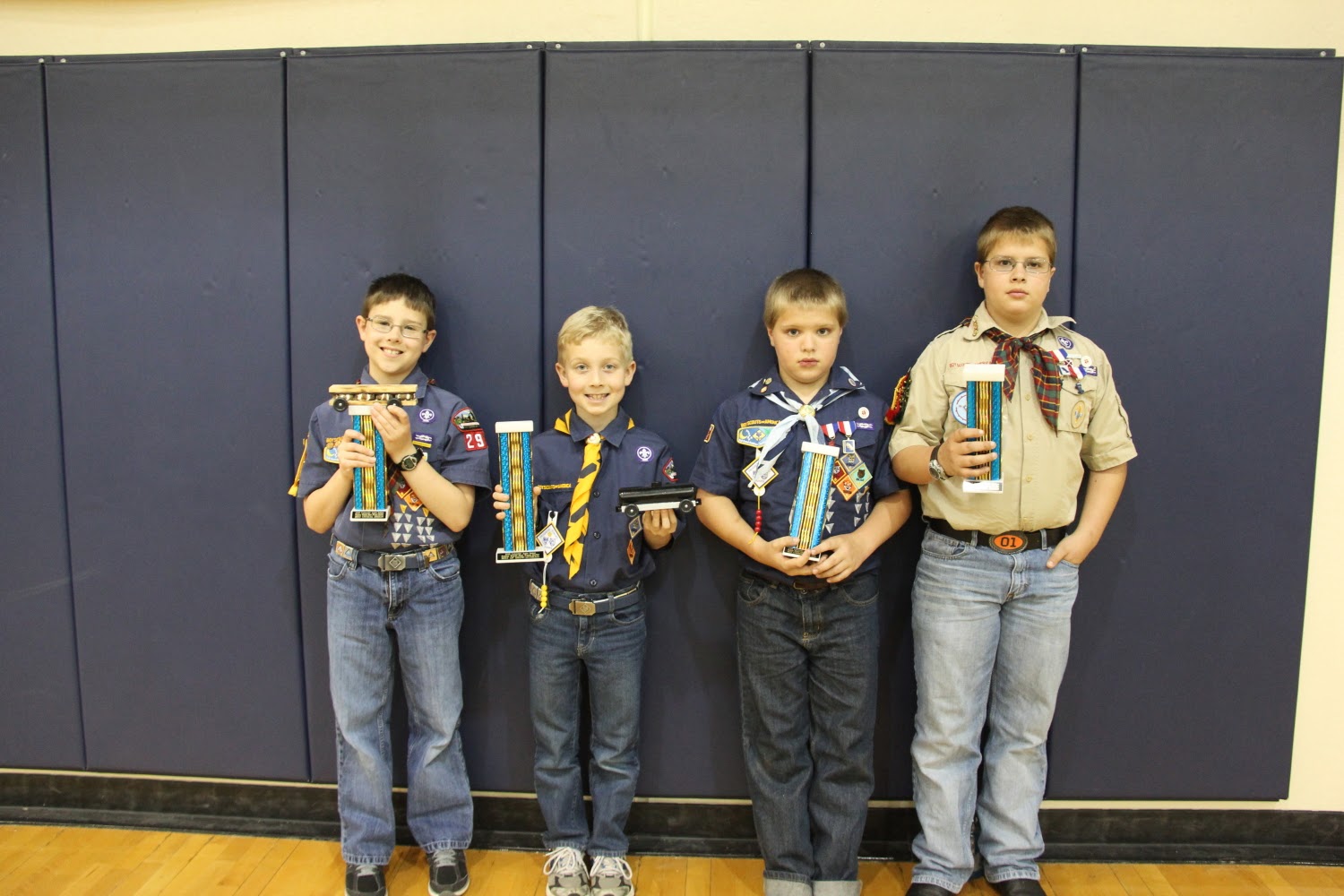