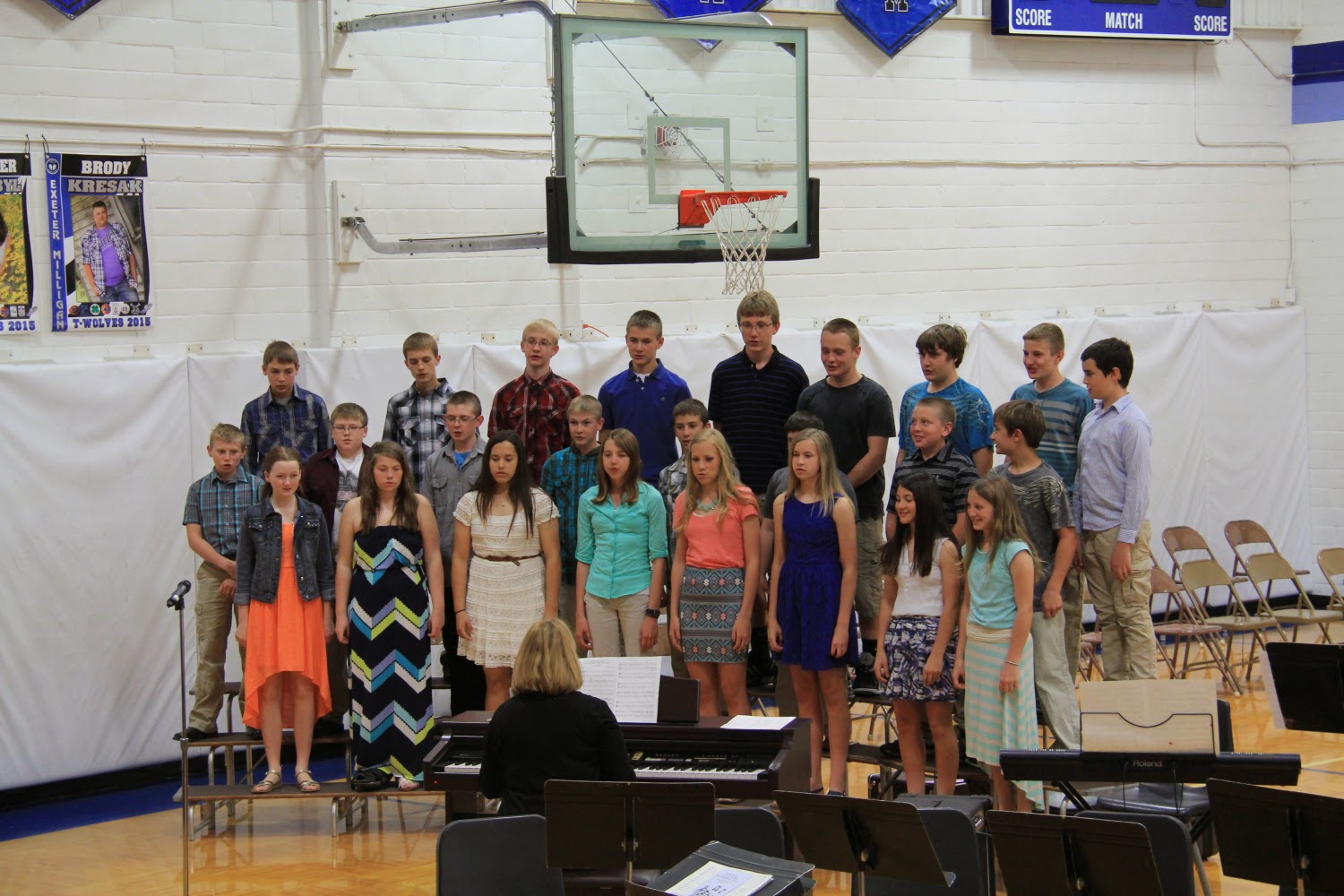 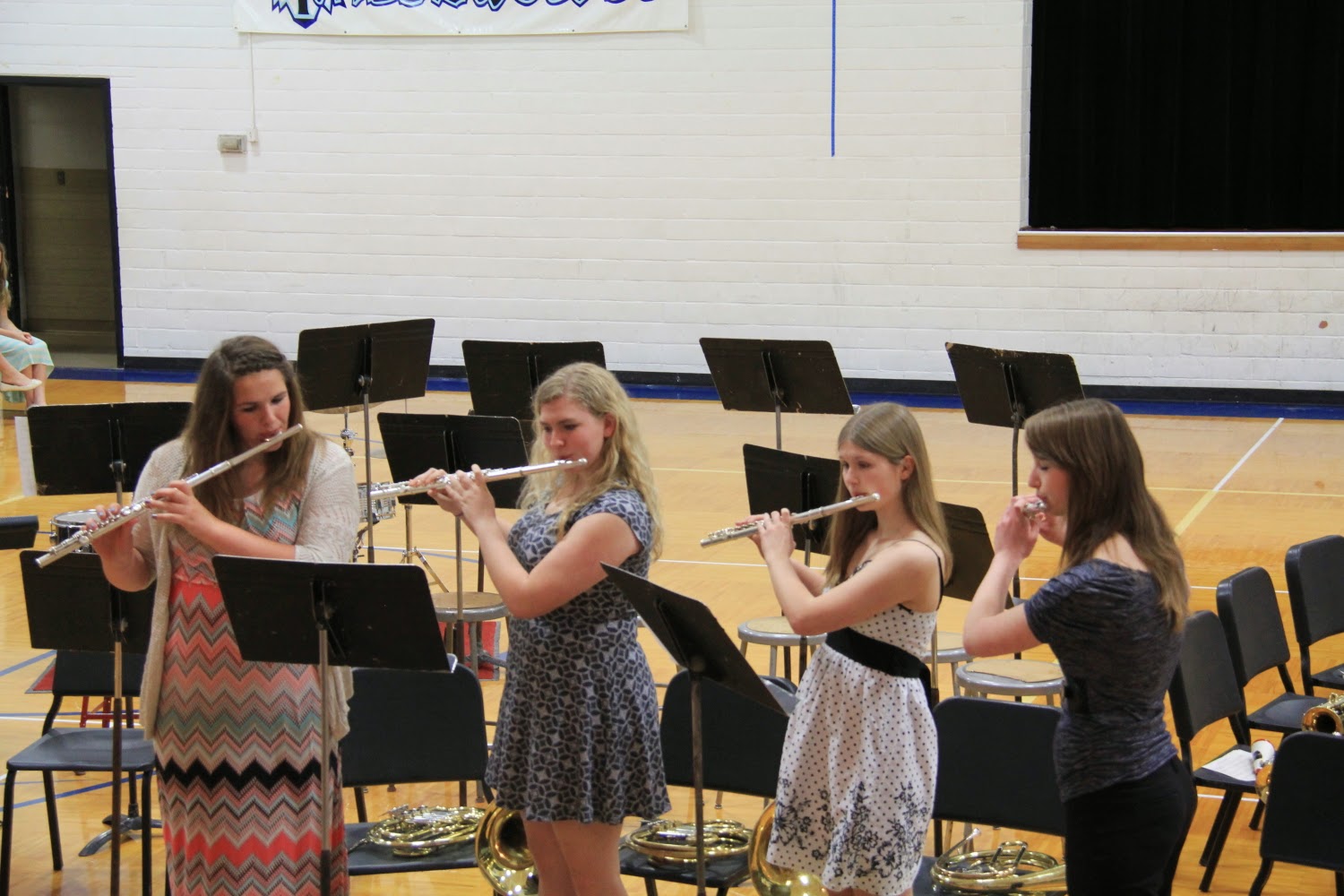 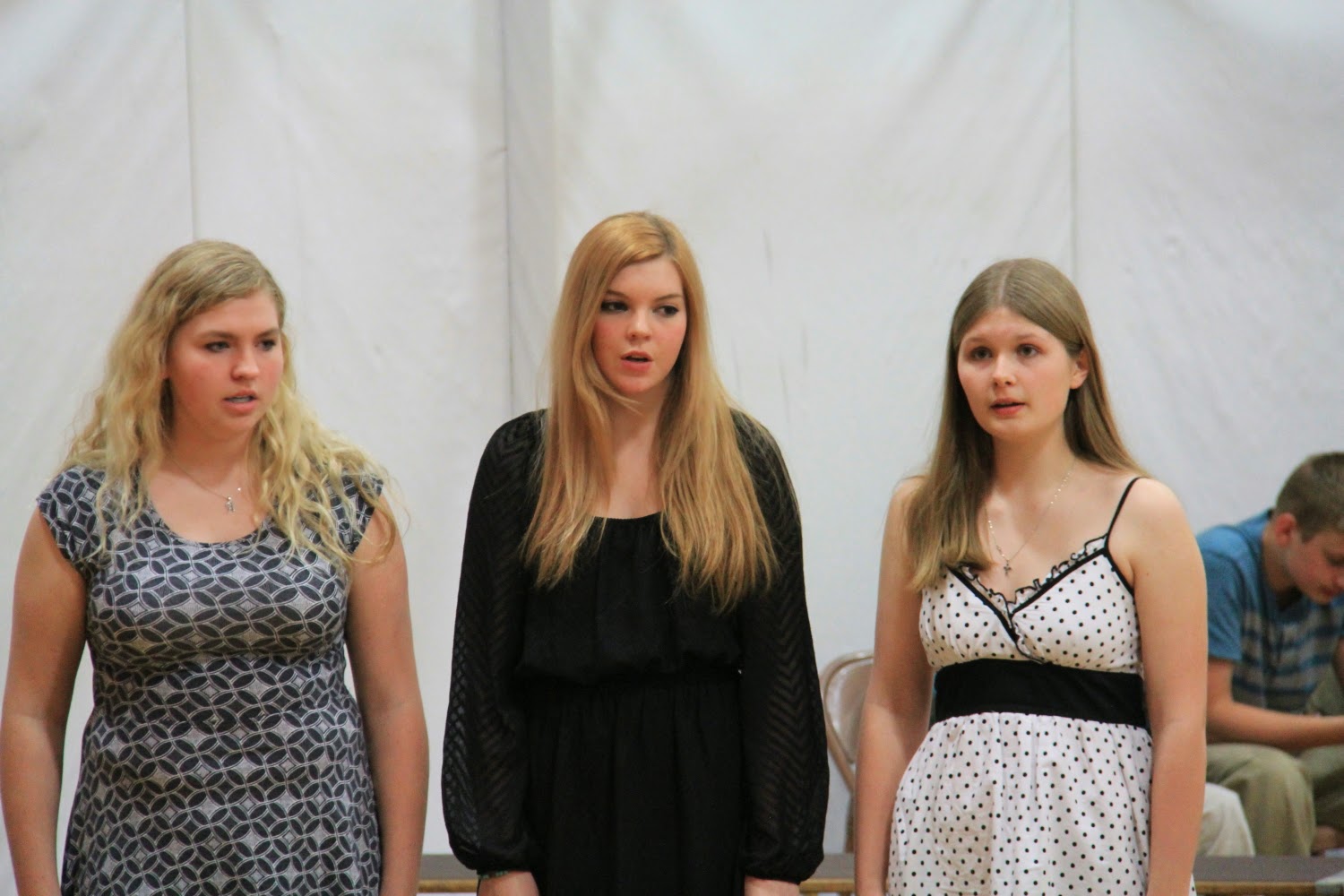 The Women’s Trio of Alexis Uldrich, Katie Moody and Ella Wilkins performed “The Colors of My Life,” at the Exeter-Milligan Junior-Senior High Spring Contest. 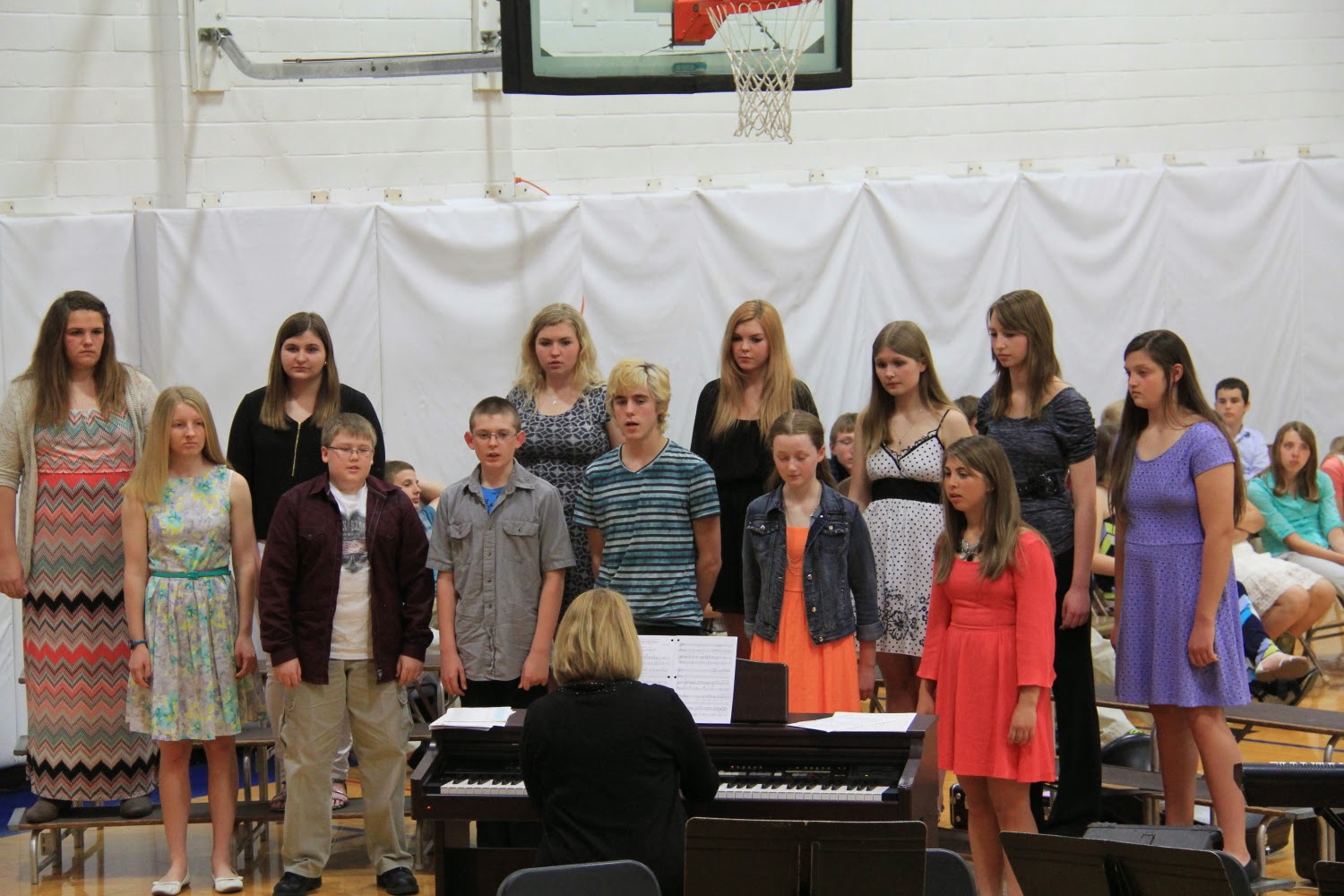 The Exeter-Milligan 7 – 12 Choir performs, “Fill The Night With Singing.” 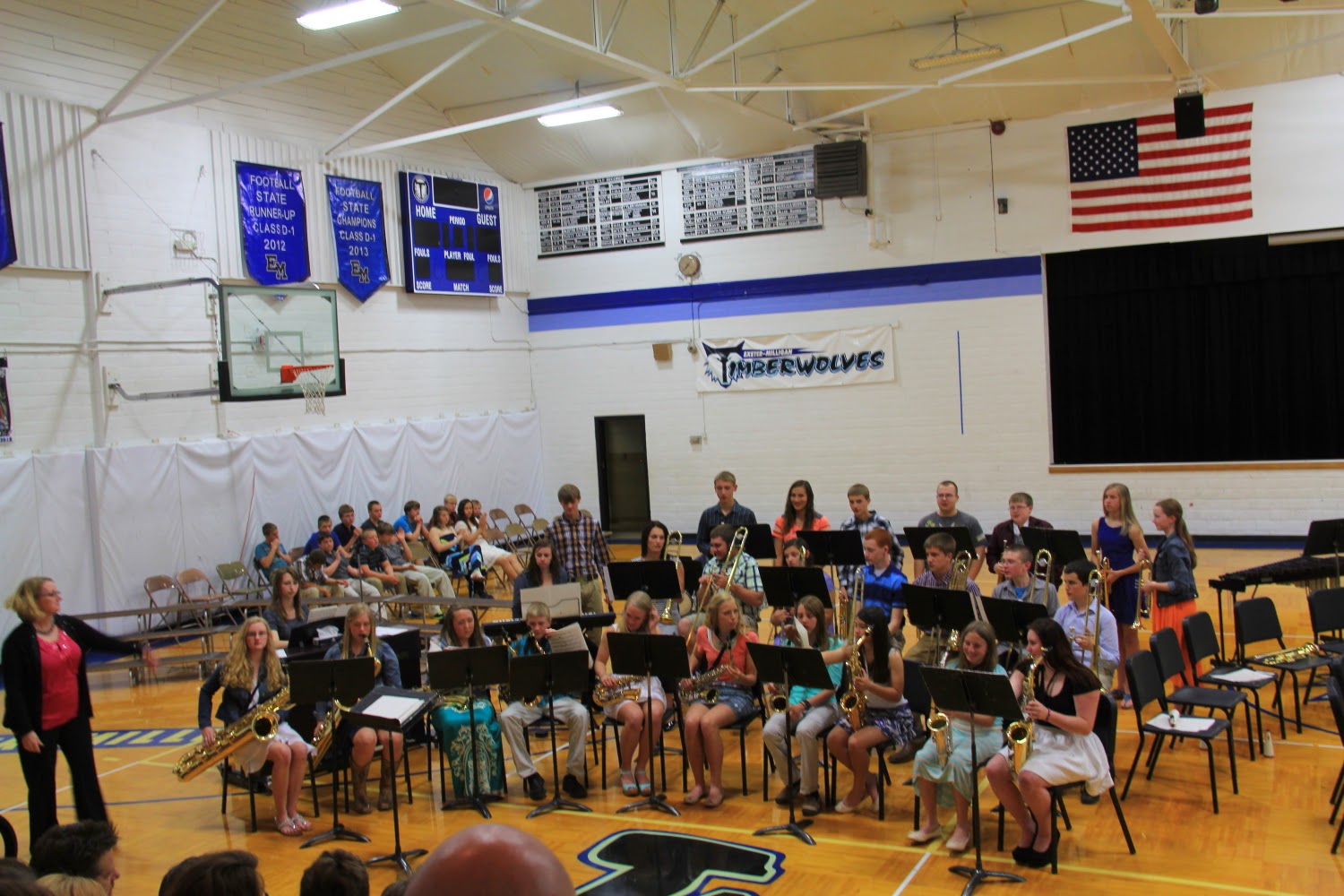 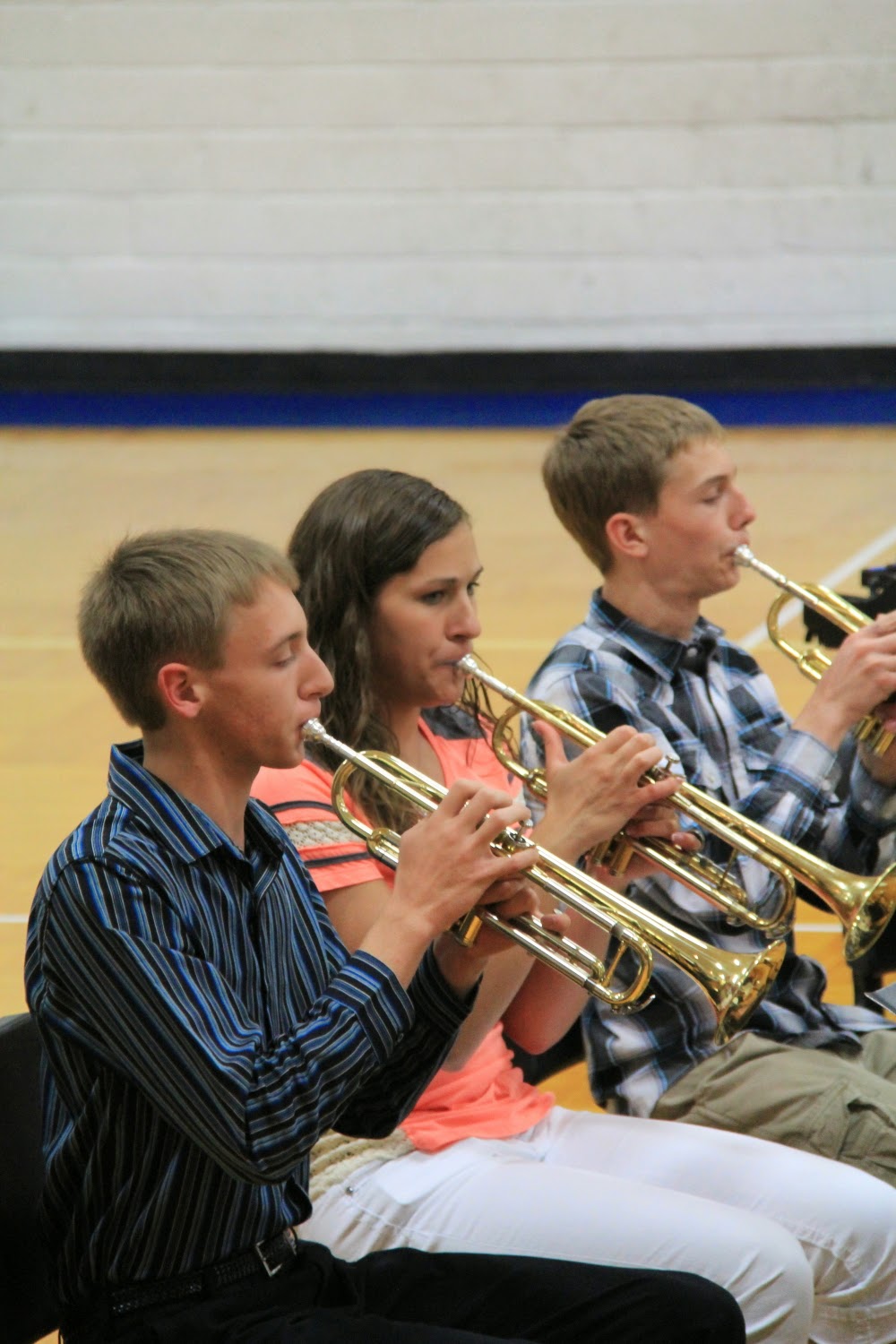 Trystan BrandtAmber Pribyl and Mitchell Manning on their trumpets during the band’s performance of “Declaration Overture.”

Patrons of the arts were treated to show on Monday night April 20th in the Exeter-Milligan gym in Exeter.
The Junior and Senior High music students performed a pre-contest concert.  The evening began with the Junior High Choir performing three numbers including “That’s What The Devil Said,” “I Am But A Small Voice,” and “Cripple Creek.”

The Exeter-Milligan vocal performances included a Women’s trio of Alexis Uldrich, Katie Moody and Ella Wilkins who performed “The Colors of My Life,” and the Sophomore Girls Ensemble who performed “The River Sleeps Beneath The Sky.”

The 7 – 12 Women’s Chorus performed a beautiful rendition of Coming Home and then the full 7 – 12 Choir performed “Fill The Night With Singing.”

The jazz band took the stage first performing “Mony, Mony” and then the full Junior-Senior High Band combined to play “Bandology,” “Declaration Overture,” which included a trumpet solo by Trystan Brandt and as their director, Mrs. Angie Murphy explained, “a fun number,” “Elvira.”

After a brief break after the main group performances all of the students who would be performing a solo, instrumental or vocal at the district music contest on Thursday performed their pieces in the gym and the band room.

Before the evenings performances the students were treated to a pizza supper by the Arts Boosters.
Posted by Leesa Bartu at 7:30 AM