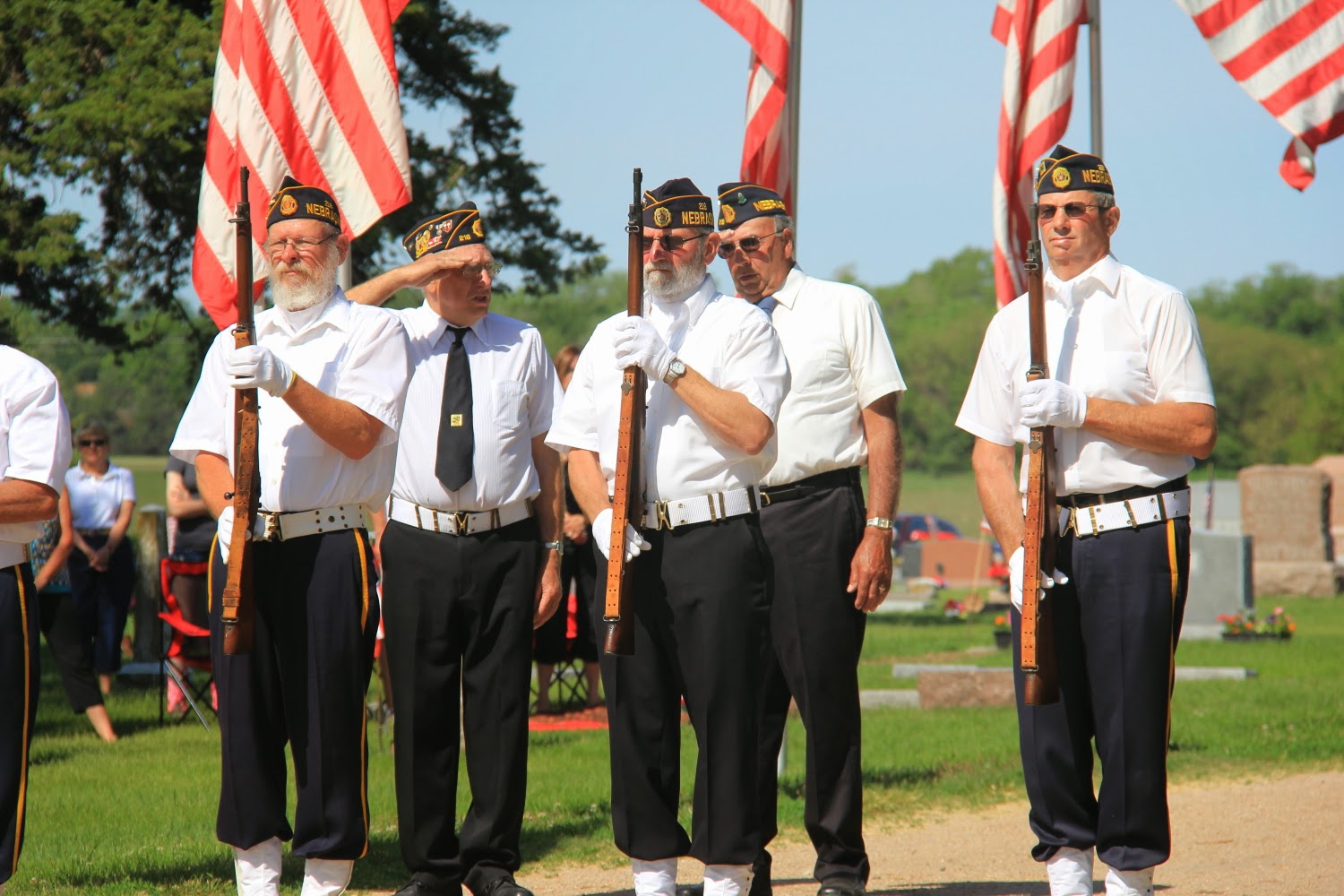 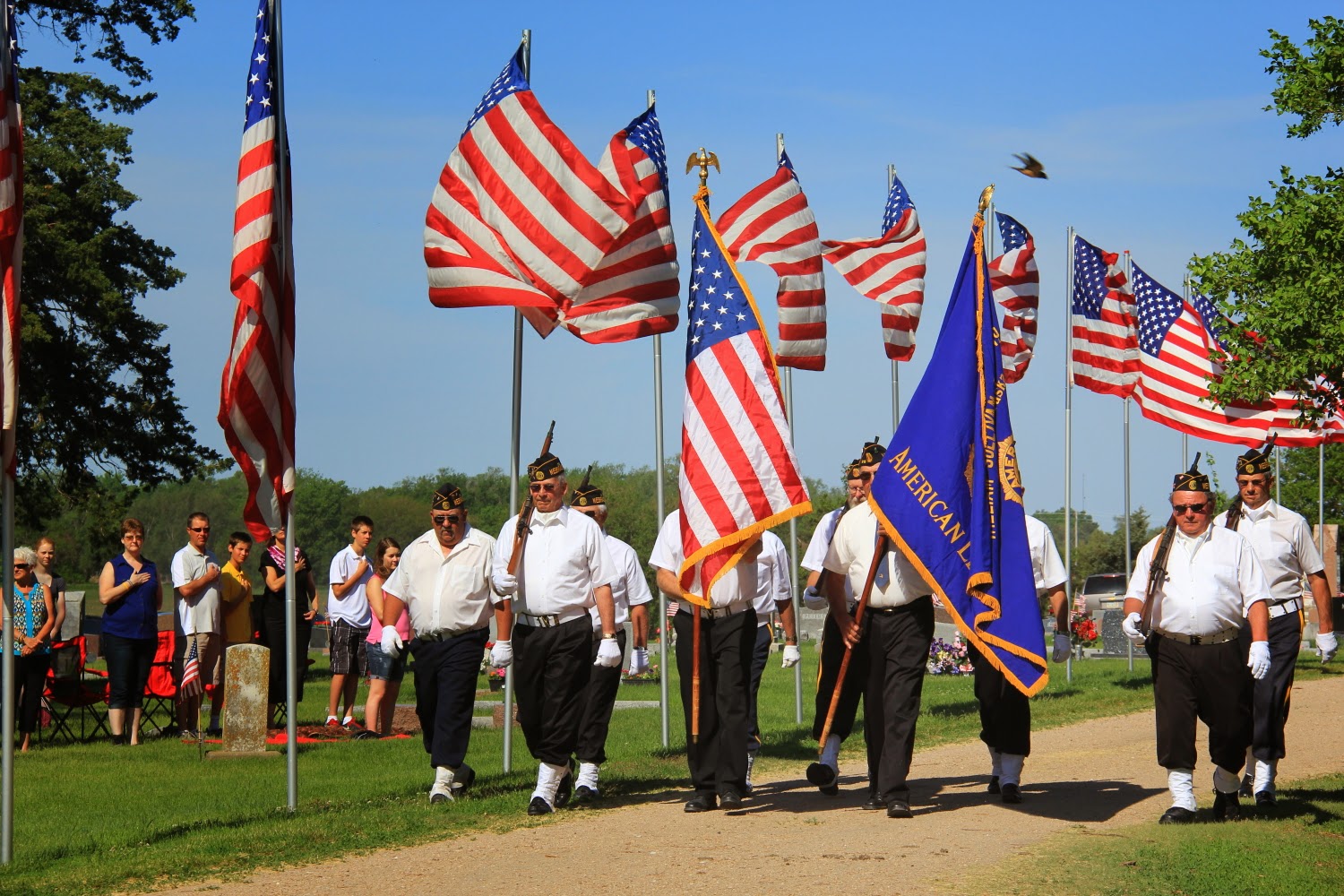 Honoring those who lost their lives. 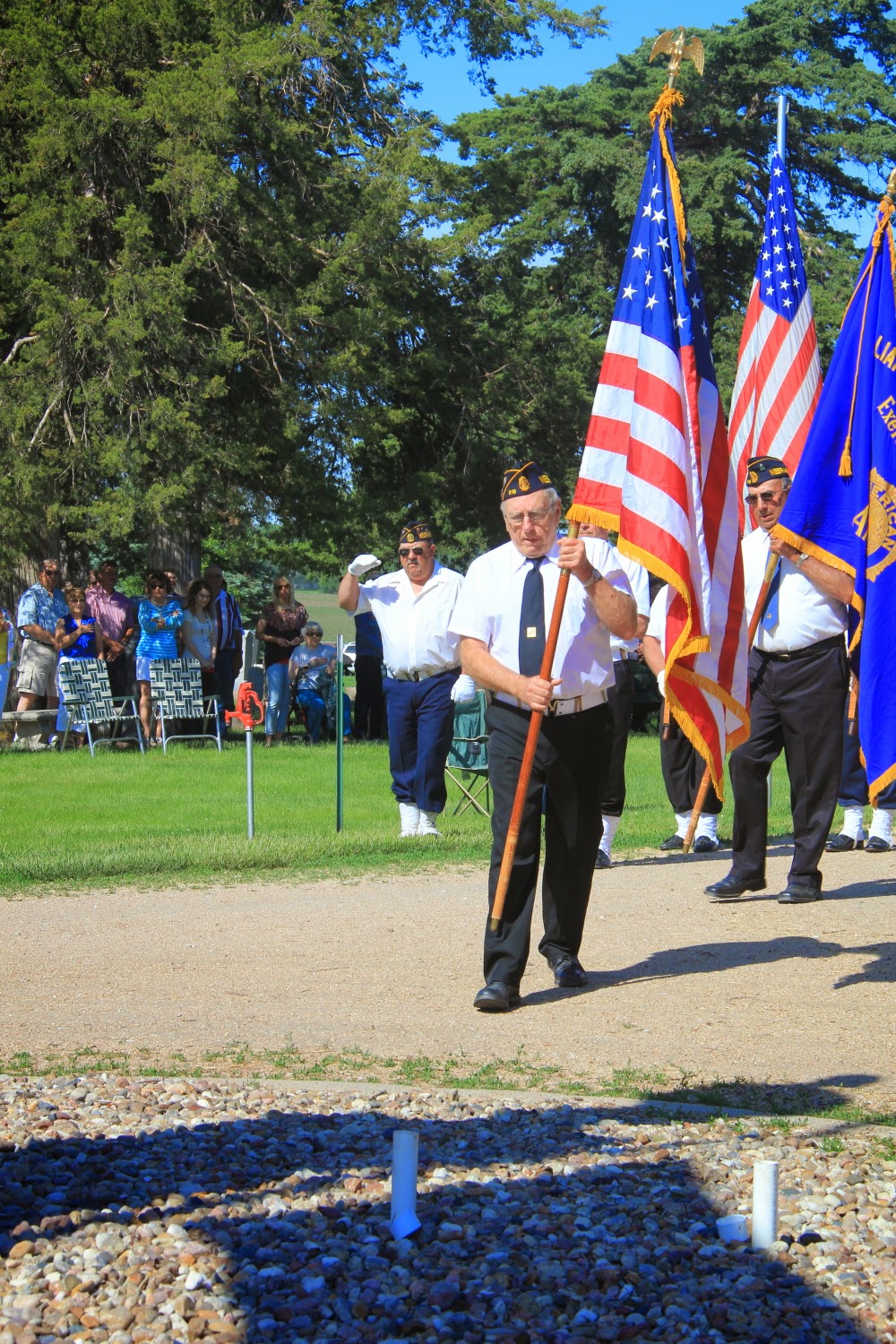 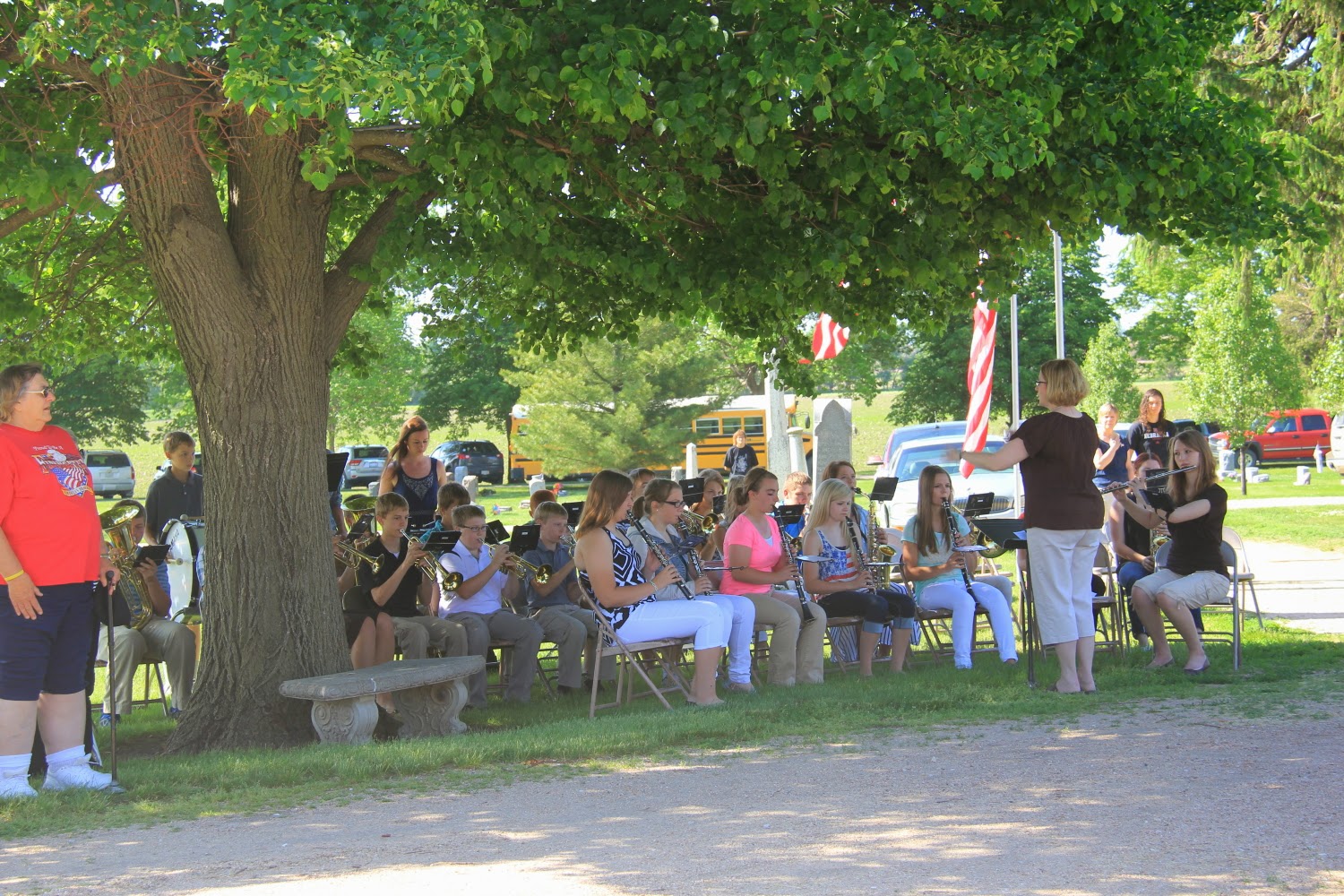 Exeter-Milligan Band (above) and the American Legion Color Guard (below). 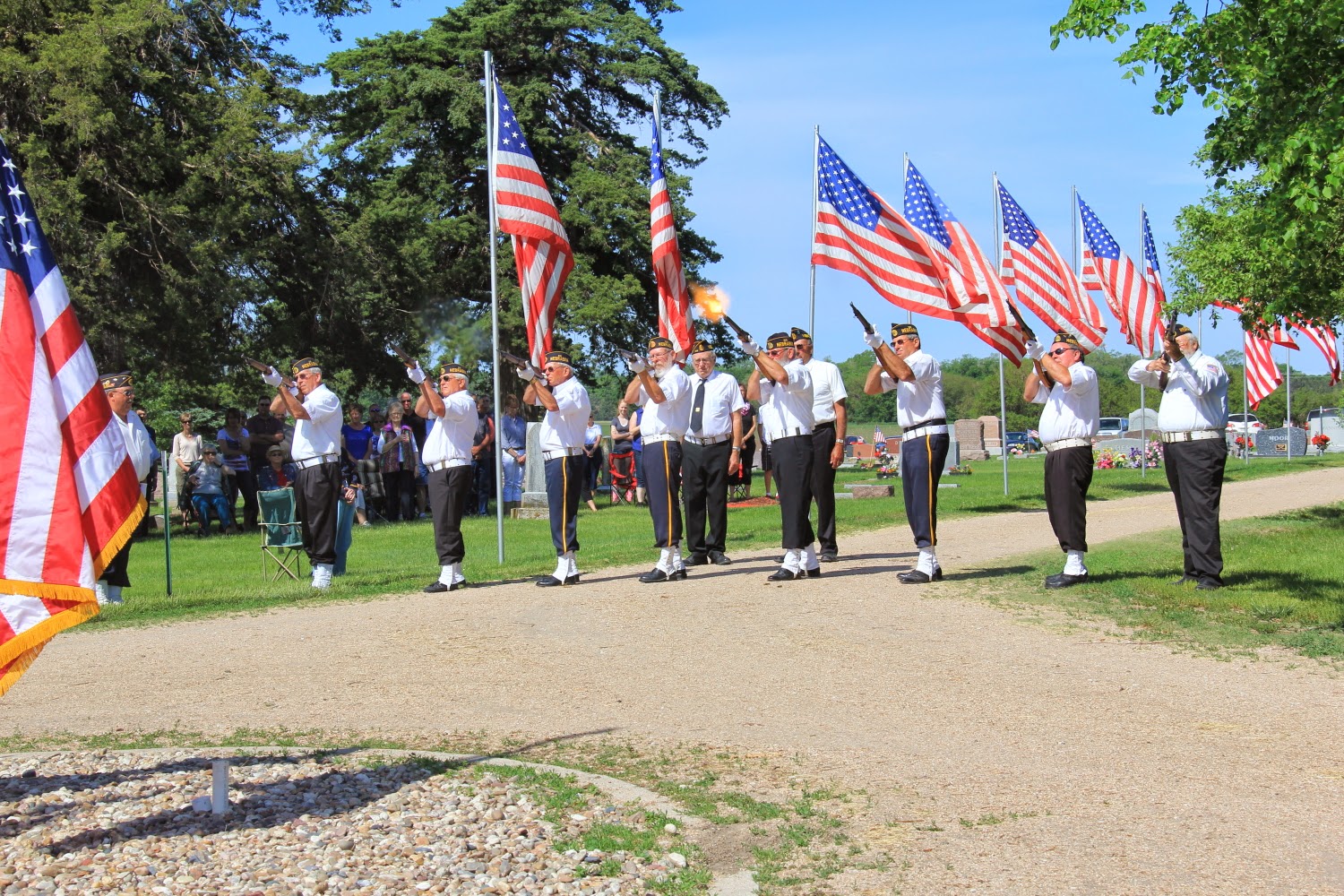 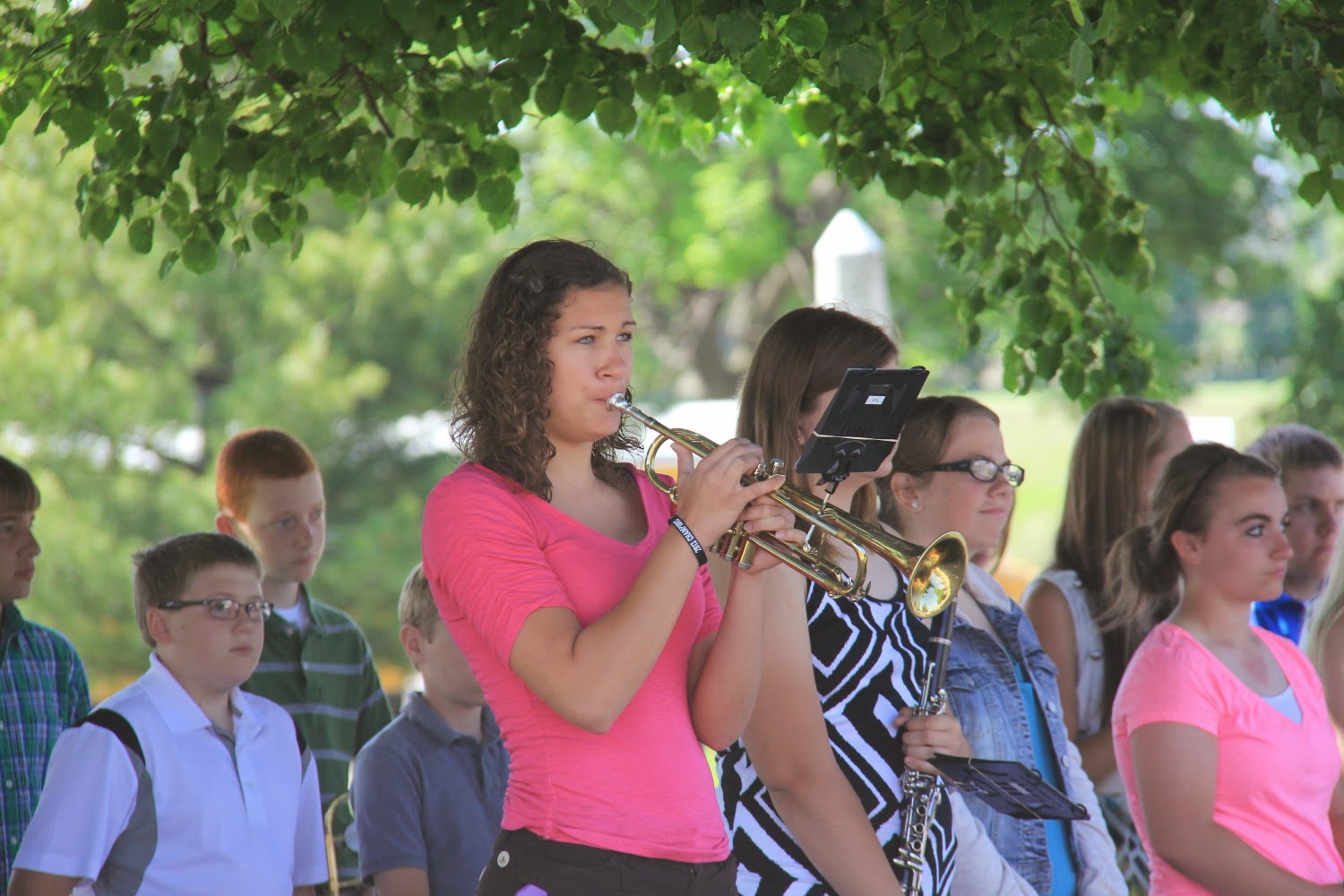 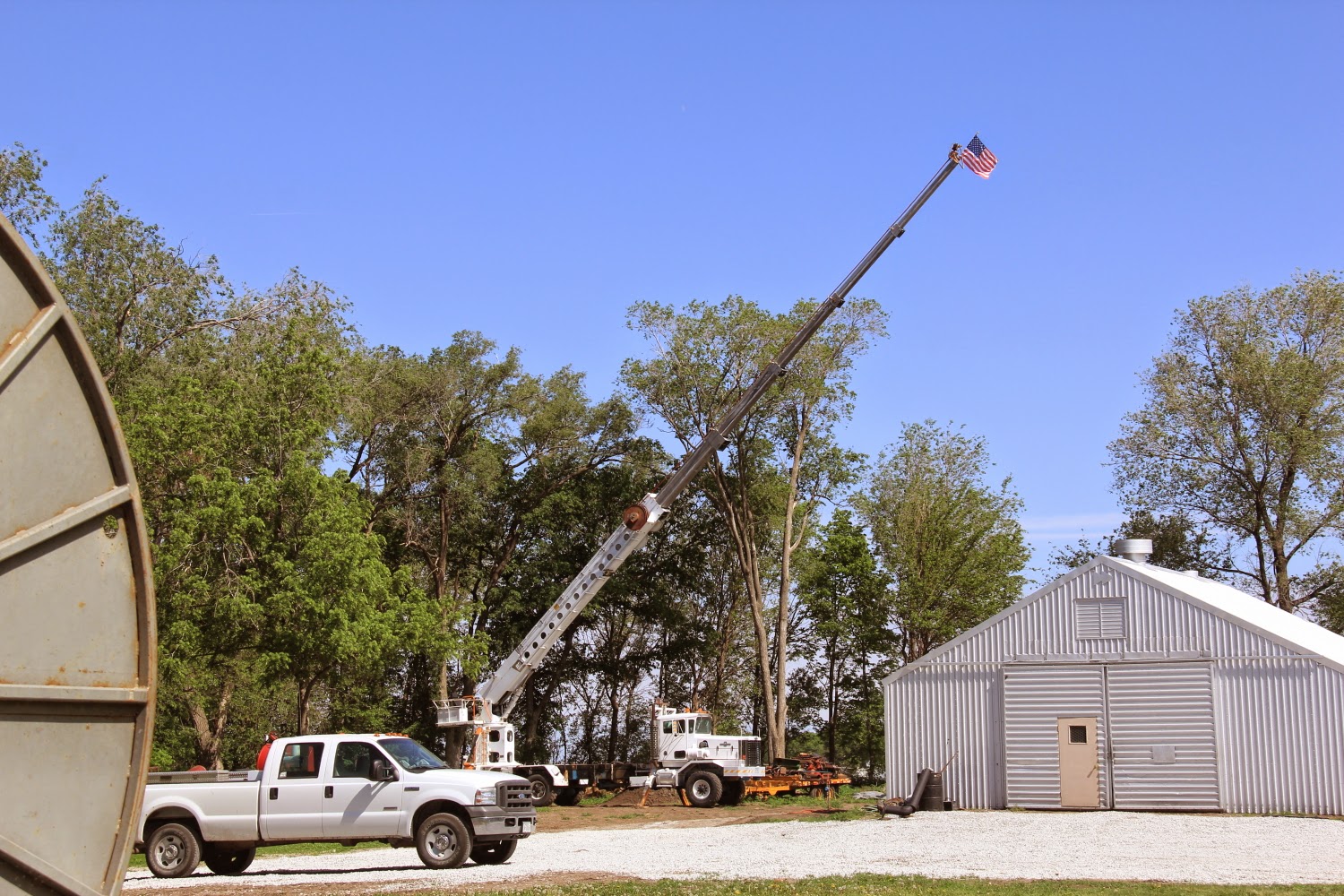 Flags flying on the way to the cemetery (above and below) 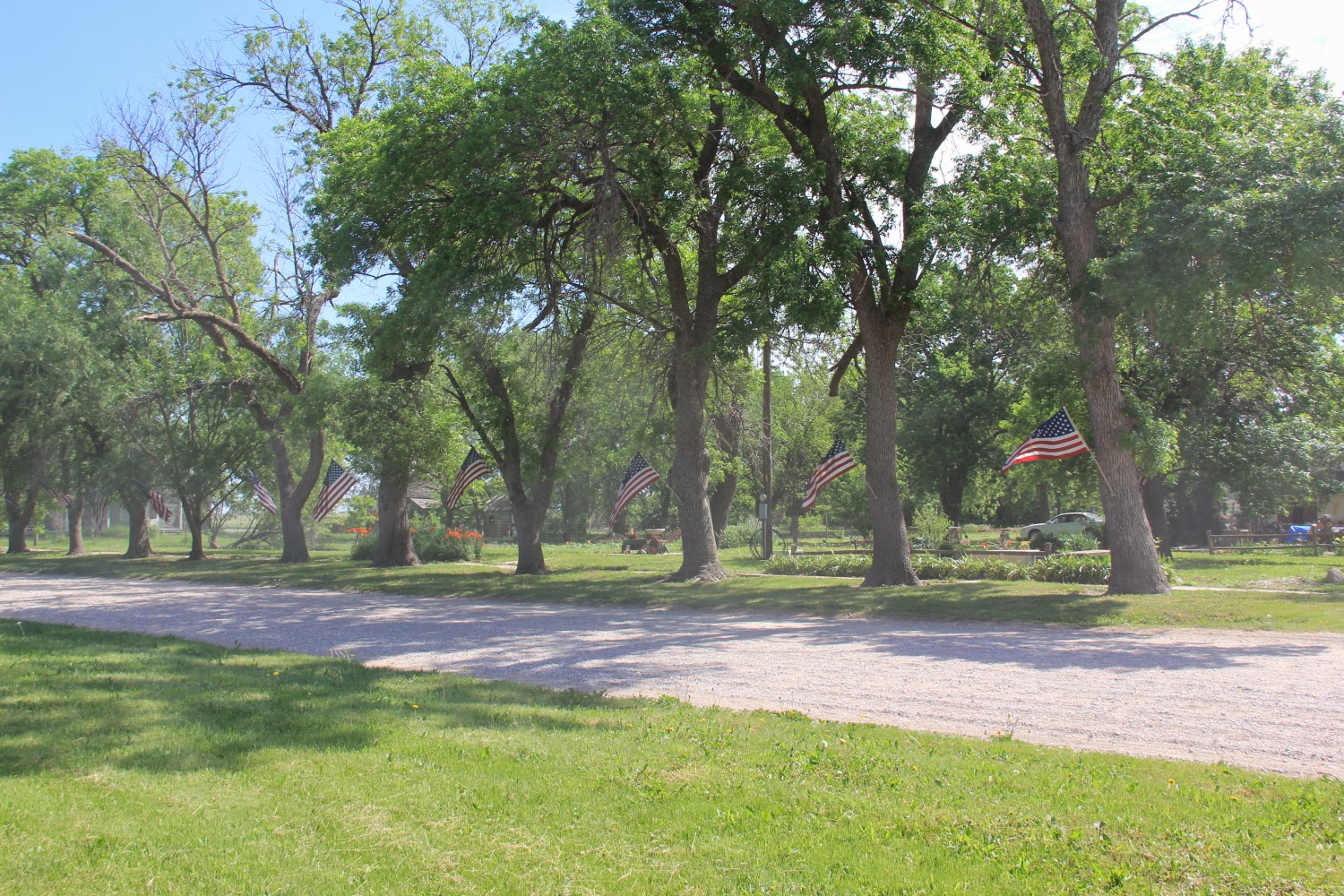 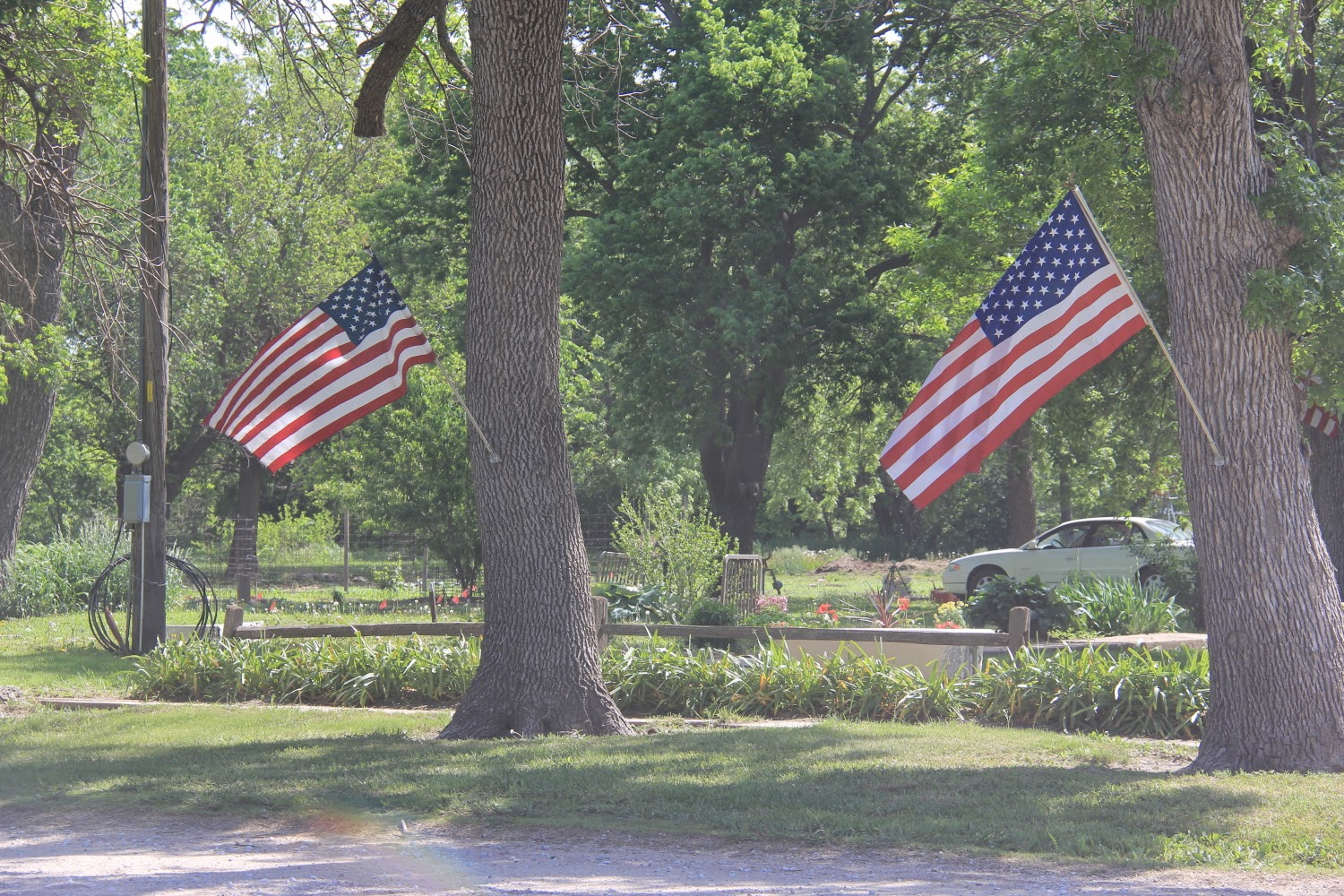 The Exeter American Legion members hosted their annual Memorial Day program under a beautiful blue sky at the Exeter Cemetery on Monday morning.

Tim Wilbeck served as the master of ceremonies for the event and welcomed the crowd before the Exeter-Milligan band played “The Star Spangled Banner.”

Tim Wilbeck delivered a message that reminded the crowd of the meaning of Memorial Day.  “Sacrifice is meaningless without remembering. . .far too often we forget.”

Wilbeck proposed that attending memorial services “should be regarded as a civic obligation, a way that our nation can repay the national debt we owe to those who sacrificed for us.  By honoring these men and women we preserve their memory.”

The story of an eight year Myles Eckert inspired Wilbeck and he shared the story with the audience.  Eckert found $20 as he entered a restaurant and planned to spend the money on a video game until he spotted a uniformed military man in the restaurant.  Eckert instead wrote a note and “paid it forward” to Lt. Col. Frank Dailey who is a member of the Air National Guard.  The note was signed “from a Gold Star kid.”  Eckert’s father was killed in Iraq when he was five weeks old.

Wilbeck shared the story to remind us that we need to take care of the families who make that ultimate sacrifice, “we can offer a shoulder to cry on or assist with educational expenses.  We don’t remember because of an edict or a solemn promise, we remember because we want to.”

“Don’t lose focus on what Memorial Day means. . .attend programs.  It is essential for our kids to learn what the sacrifice means,” Wilbeck emphasized.

The program was closed with a 21 gun salute to the dead and the playing of “Taps” by Amber Pribyl and “Taps Echo” by Trystan Brandt.

The audience was invited to the Legion hall for rolls and coffee.
Posted by Leesa Bartu at 8:51 AM