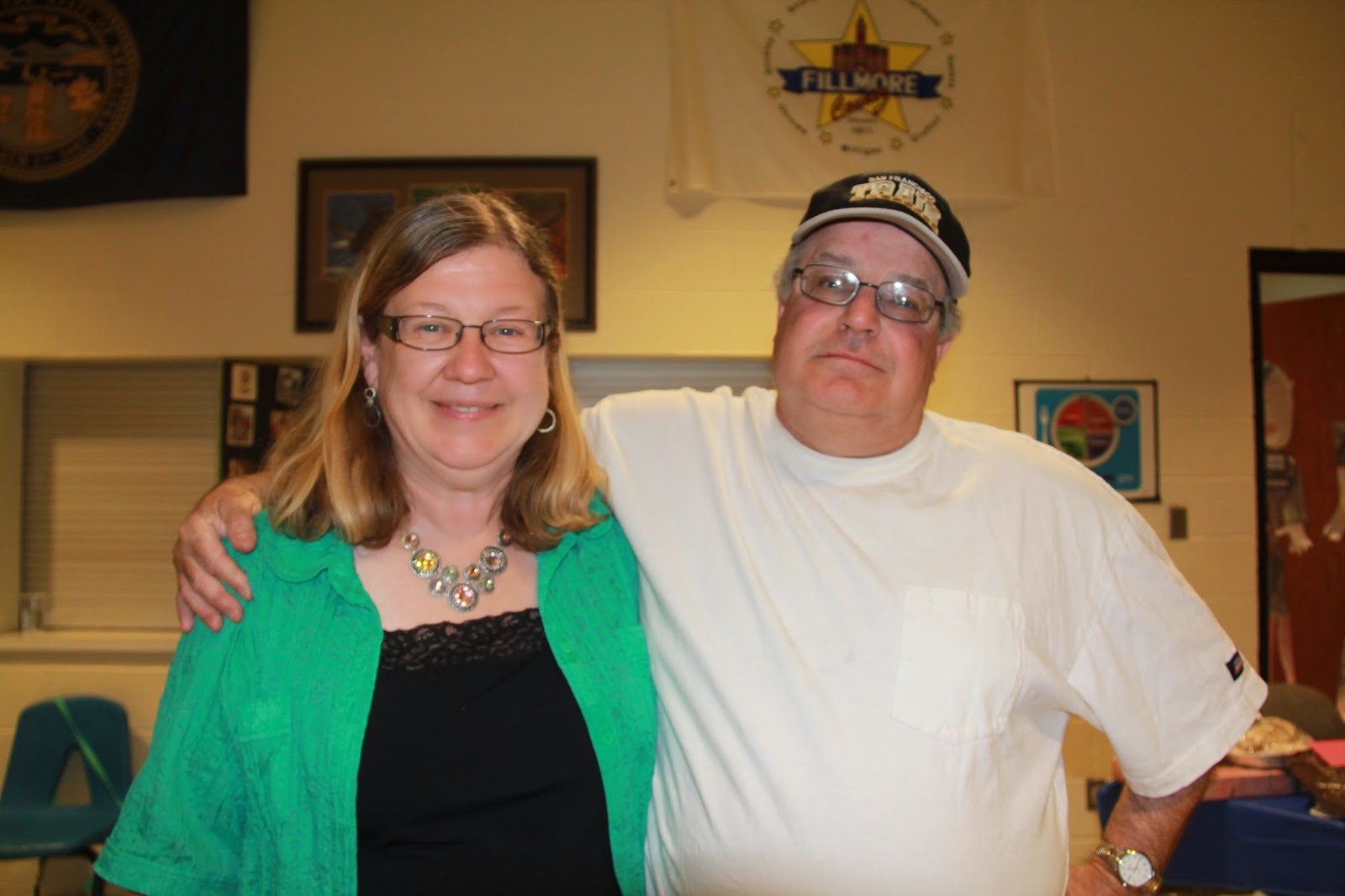 Exeter-Milligan school honored two retiring teachers this year, Audrey Betka-Mager and Bob Mahoney, with an Open House on Friday, May 16th.  Betka-Mager began teaching at Exeter in 1979, first as a substitute and then taught Home Economics.  After taking some years off to spend time raising her family, she returned as the elementary resource teacher.  Mahoney began teaching at Exeter in 1975 and during his career, he taught Fifth grade, and also math and social studies for fourth, fifth and sixth graders.  He finished his career teaching 3rd - 6th grade PE and also served as the Title I teacher at the Milligan campus.
Posted by Leesa Bartu at 7:30 AM