Exeter-Milligan 5th & 6th Grade Students Go On Tour
The 5th & 6th grade band students who participated in the Bruning-Davenport Band Contest on February 15 went on tour on Wednesday, April 9.  They began their day by sitting in with the junior band during their class. That was followed by performing their solos at the Exeter Care Center for several residents and parents.  The group then returned to the school and performed for the lower elementary students. They answered questions about their instruments after performing. Following their second performance, the group travelled to York for a lunch of Chinese food before heading to the radio station. The students performed on the KAWL Old Time Radio Show at 1 p.m.  They were sponsored by Generations Bank.  The students performed well all day and represented our communities in a positive manner. 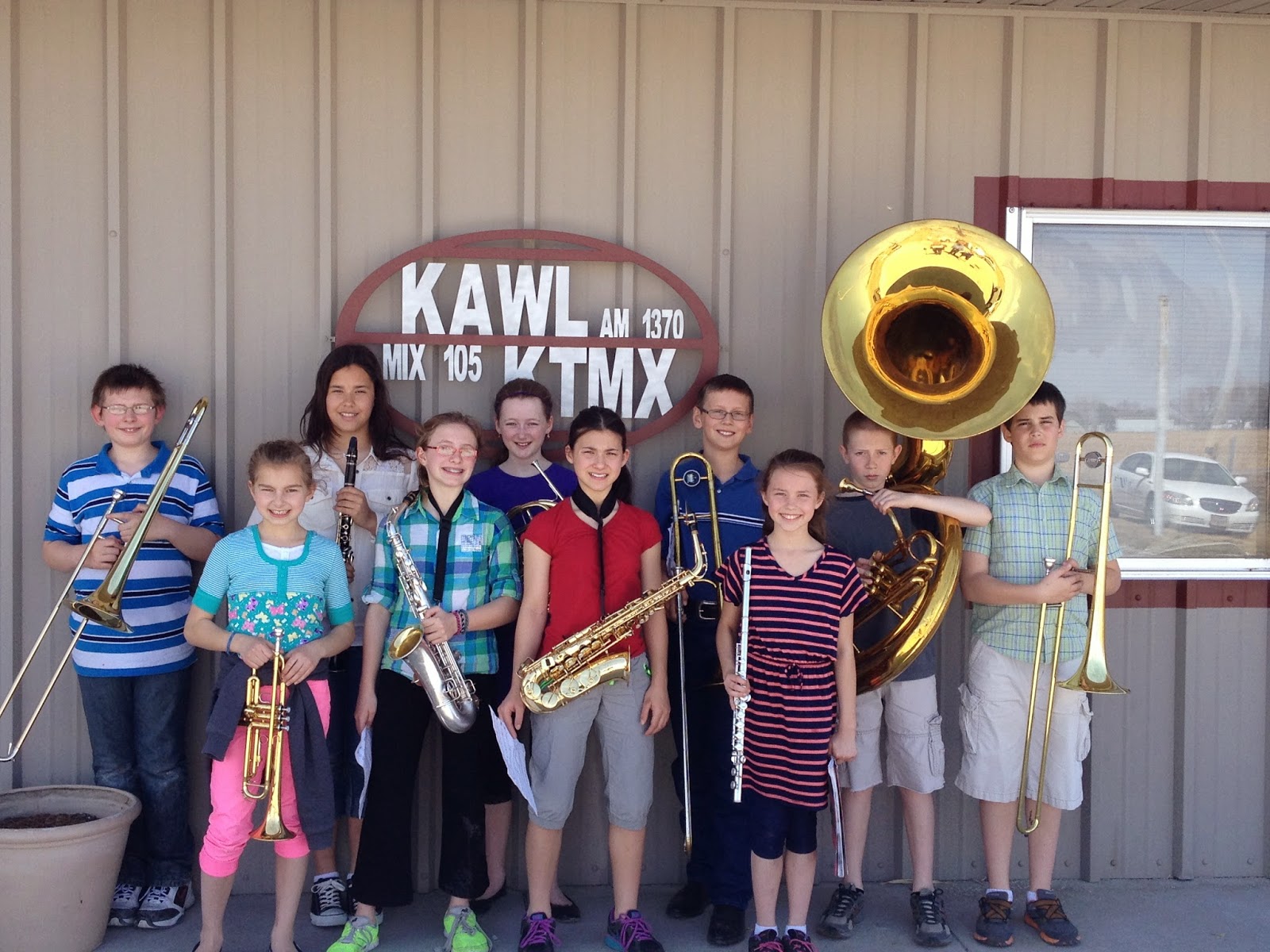