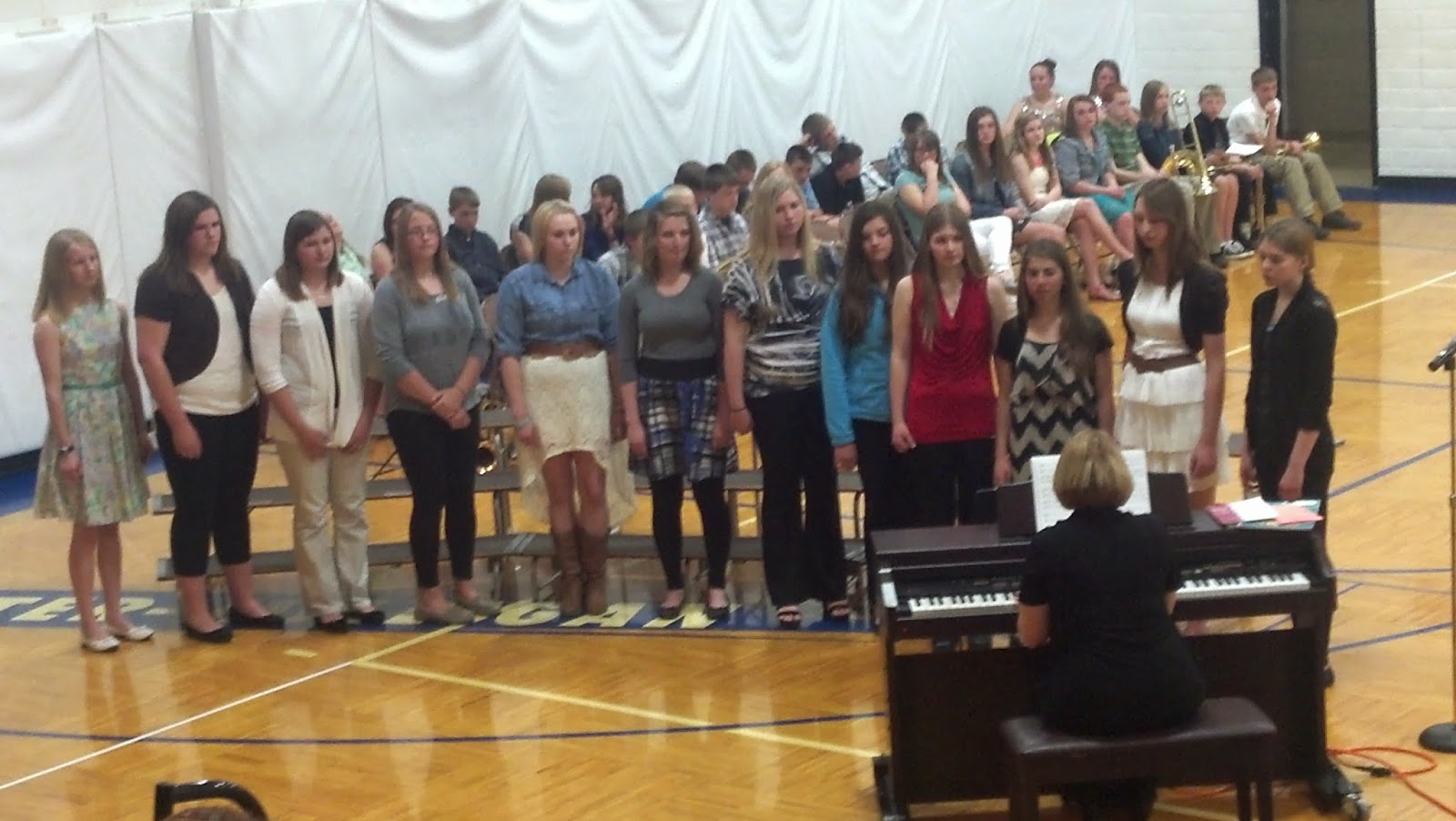 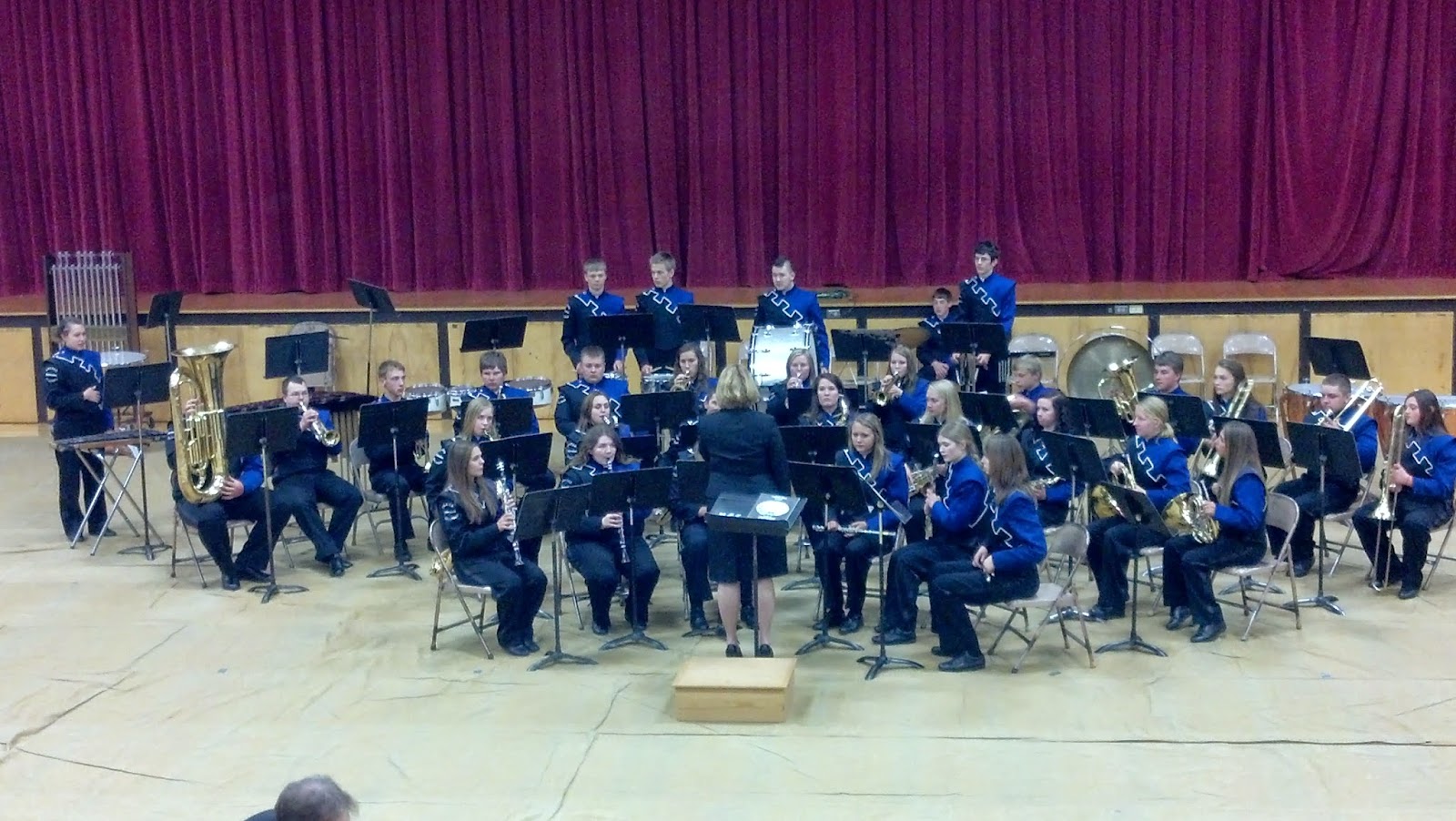 The Exeter-Milligan music department, under the direction of Angie Murphy, recently completed their contest season at Heartland Community School with the District Music Contest.  The students did an excellent job and worked hard this spring.  Every solo and small group followed through with the commitment they made to contest in early February, and competed at both the MUDECAS and District contests.  Exeter-Milligan had twenty-three entries in each of the contests.

Pictured is the Exeter-Milligan High School Band while warming up at the District Music Contest.

Also pictured is the FOV (Friends of Choir) group singing at the spring concert.