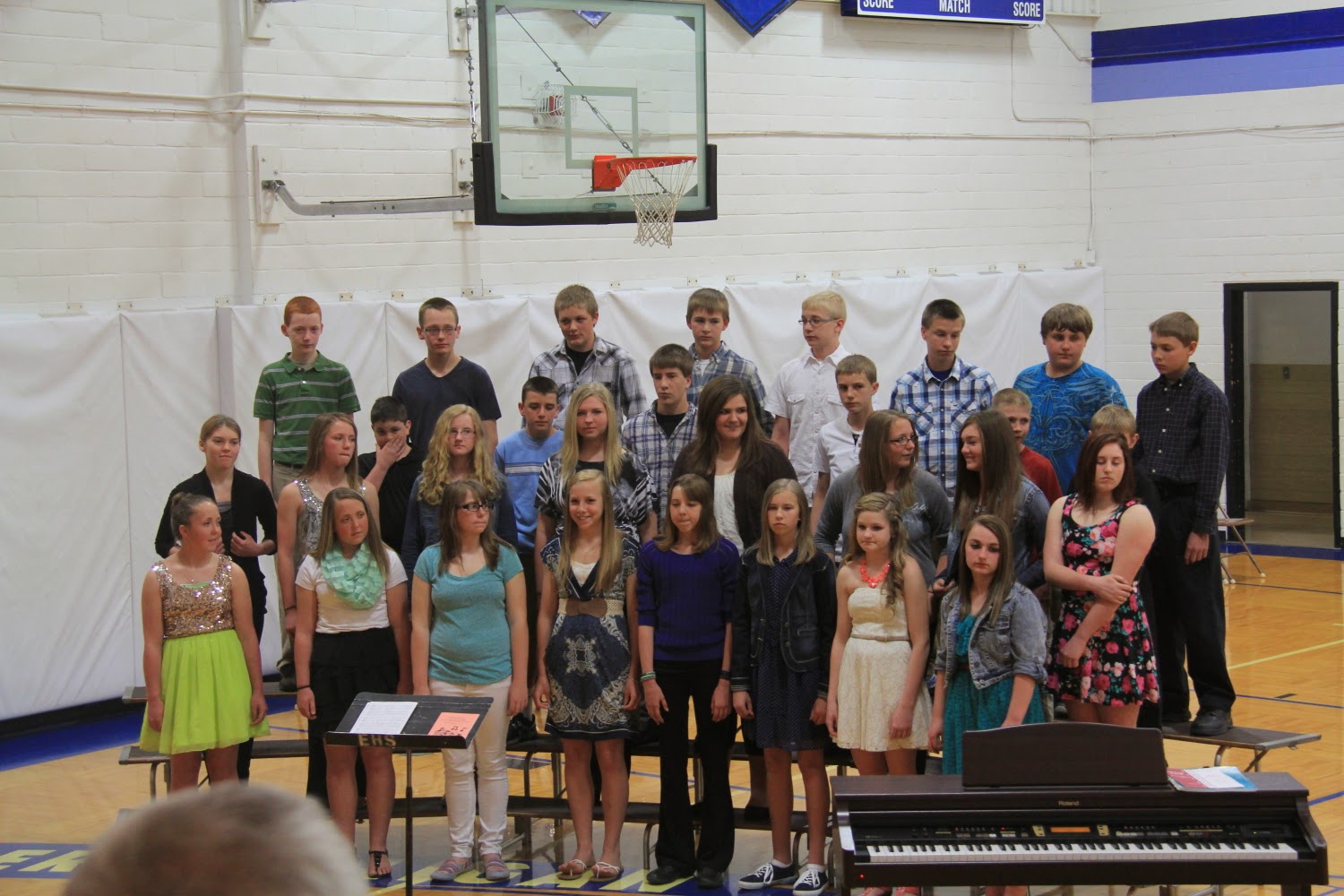 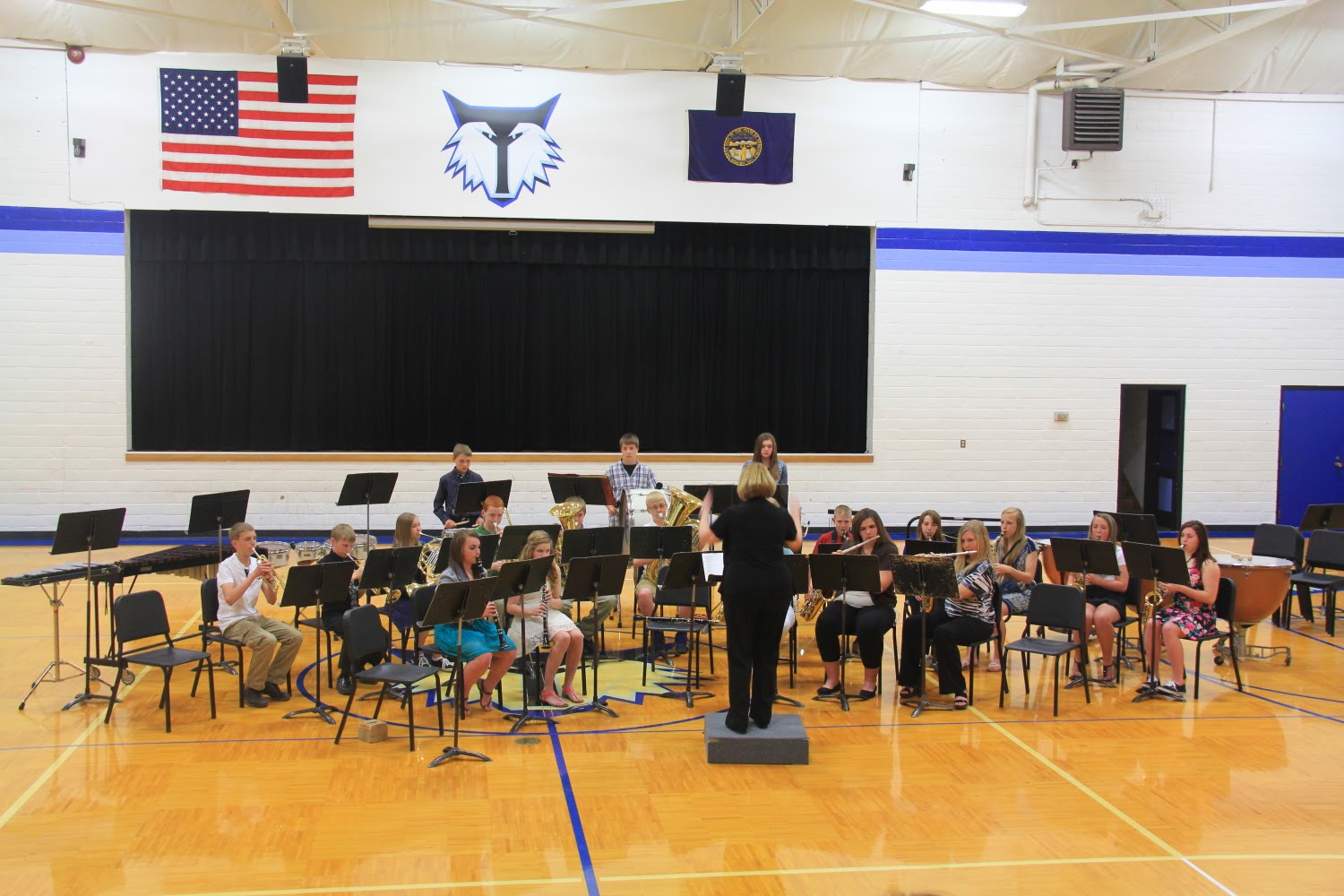 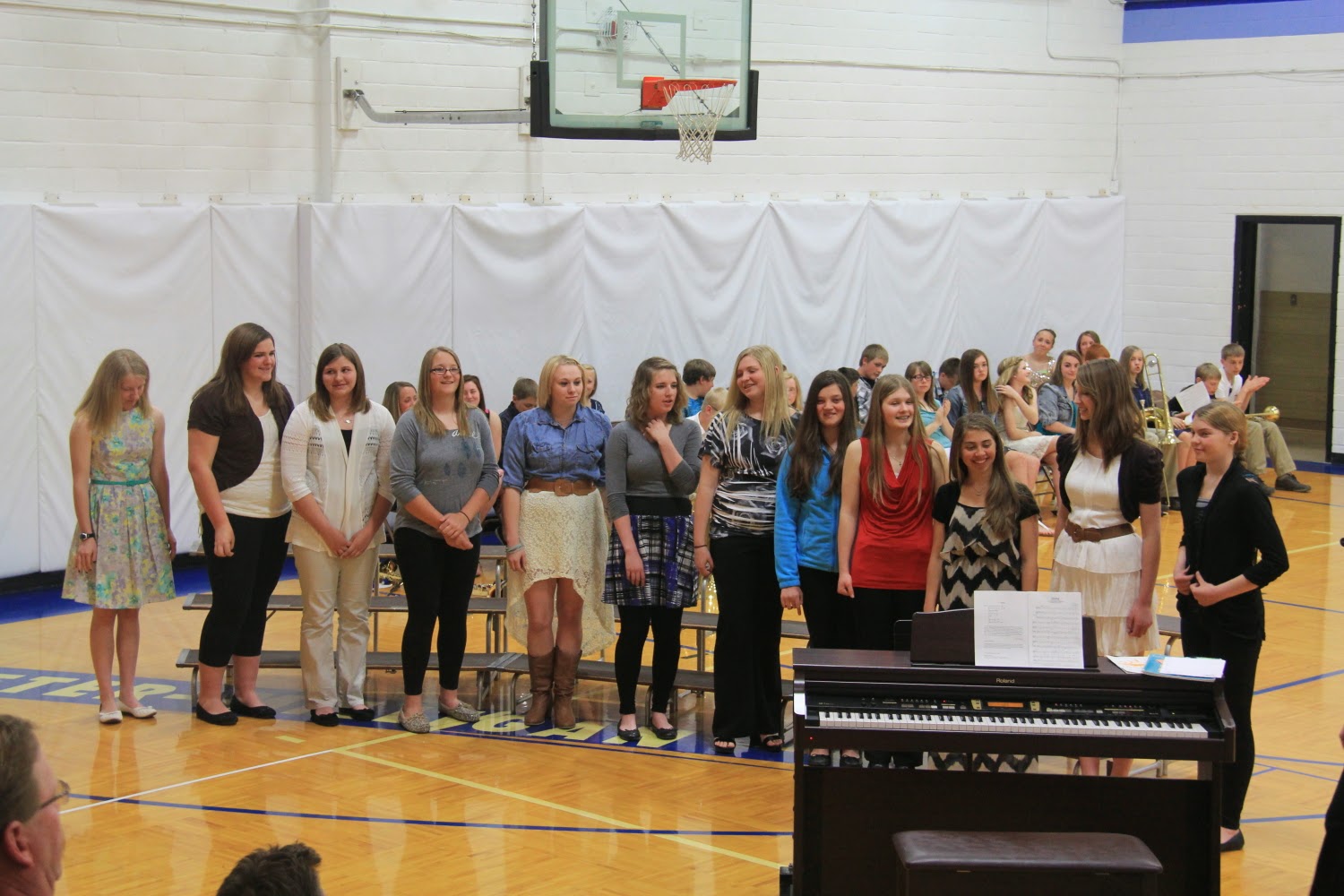 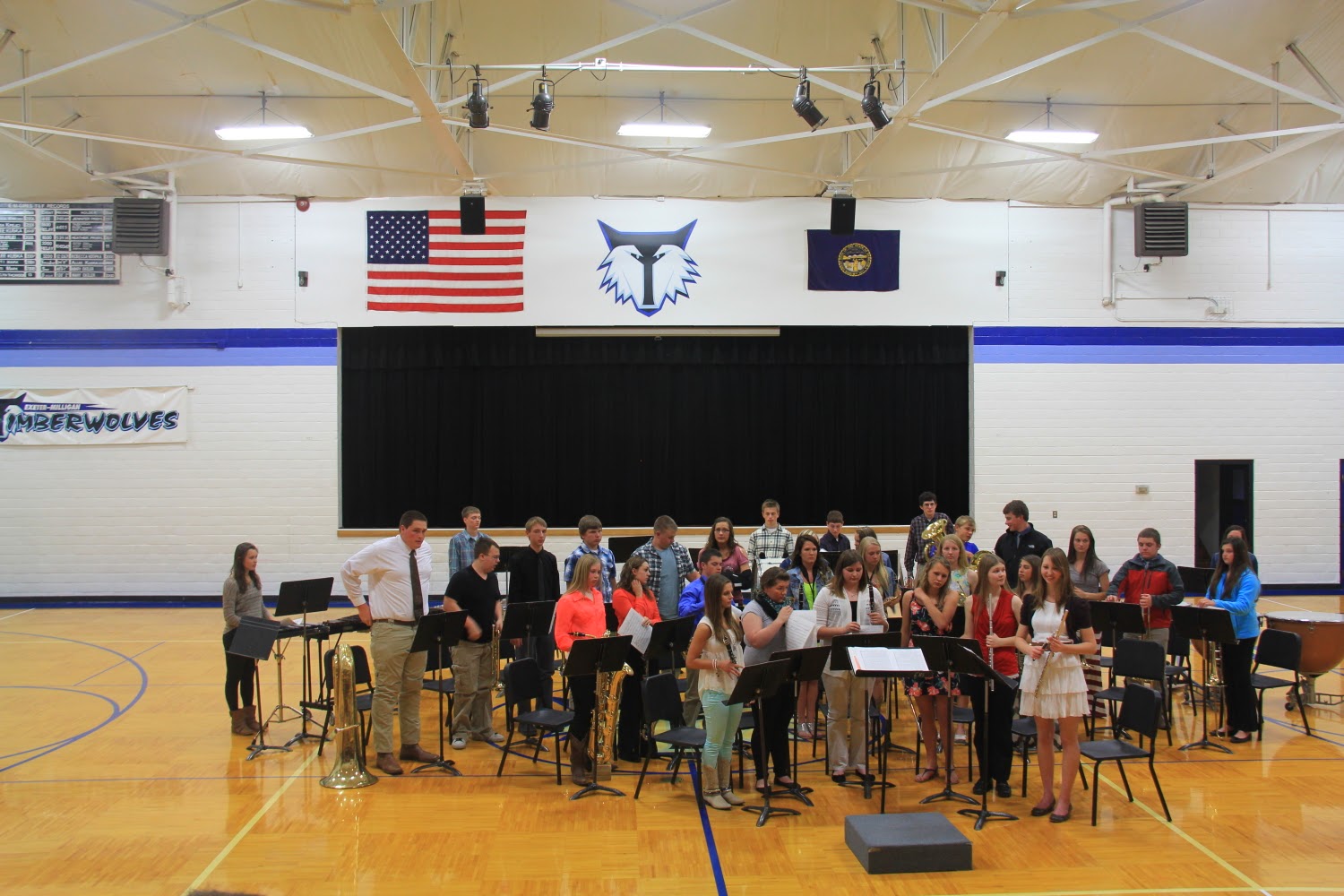 The Exeter-Milligan Junior and Senior High School Students performed many of their contest pieces for parents and friends on Monday April 14th in the Exeter gymnasium.

The evening began with the Junior High Choir performing three numbers including “Inscription of Hope,” “Blowin’ in the Wind/America” and “Don’t Stop Believin.’”

The Junior High band took the stage next and treated the audience to “Badge of Honor,” and “A Lantern in the Window,” which they received high marks when they performed at the Bruning-Davenport contest.

Several duets were next with Ashley Benorden and Kimberlin Ruhl singing “Scarborough Fair,” and the alto saxophone duet of Erica Yound and Madison Horne playing “Gigue.”

The 7 – 12 Women’s chorus performed “Firefly” and “Einini,” before the Percussion Ensemble performed “Trepak” from the Nutcracker Suite.

The Women’s Duet of Hunter Stride and Kimberlin Ruhl gave a beautiful rendition of “All Through The Night” before the Senior High Band performed “Circus Days,” and “Into the Storm.”

The band and choir, under the direction of Mrs. Angie Murphy, are preparing for District music contests on April 24th and 25th in Henderson.  After the main concert was over, students performed their solos, duets and group numbers in the band room and the gym.
Posted by Leesa Bartu at 7:30 AM