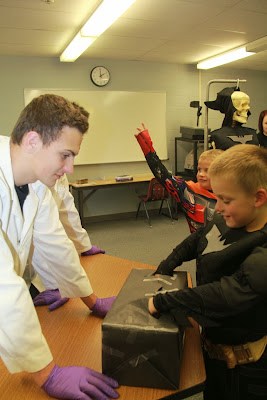 The Psychology students in Mr. Marr's class decided to have a little fun with the Exeter-Milligan Kindergarten, first and second graders on Halloween.  The high school students wore costumes to school and created boxes of "parts" for the elementary students to examine.  Second grader Troy Kallhoff feels some "brains" while Huntington Trauger  supervises. 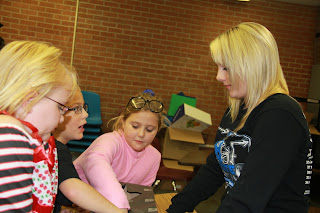 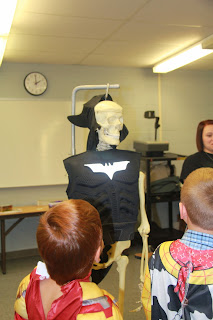 The High School students brought Batman in his costume. 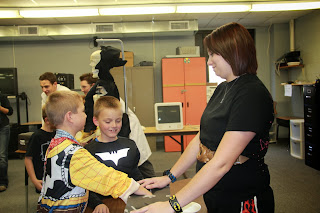 Trenton Vossler, left, and Troy Kallhoff check out what Hunter Stride's box contains.
There were eyes, toes, fingers, skin, brains and other “parts” for the students to feel. 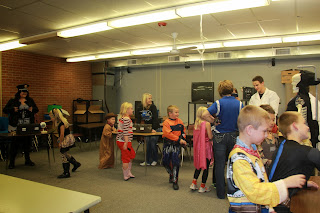 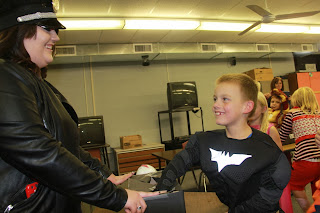 Shelby Bell watches while Troy Kallhoff feels her box of "eyes" which were right next to a bottle of real preserved sheep eyes.
Posted by Leesa Bartu at 7:30 AM