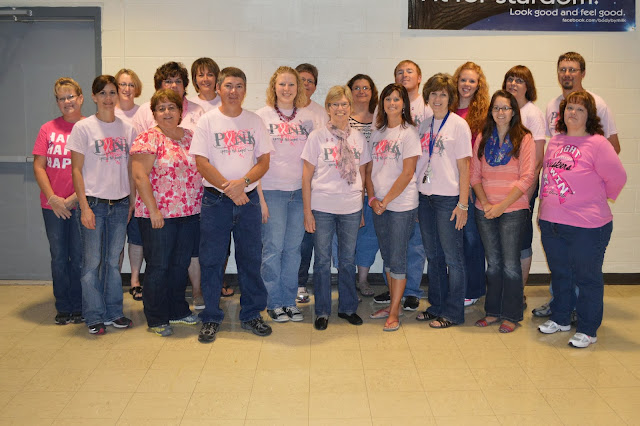 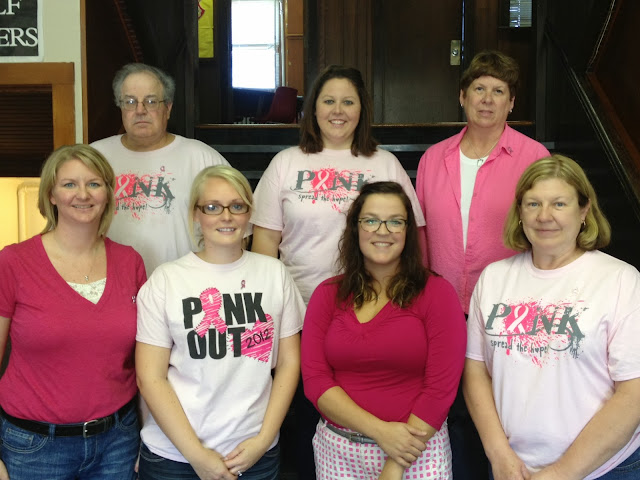 31 Exeter-Milligan staff members participated in the Lee National Denim Day on Tuesday, October 9.  This was held in conjunction with the volleyball team's Pink Out game.  Staff members contributed $5 in exchange for wearing jeans to work that day.  $155 was raised and will be sent to the American Cancer Society via Lee National Denim Day.  This was the eleventh year the school has participated. They have raised $1750 in those eleven years.