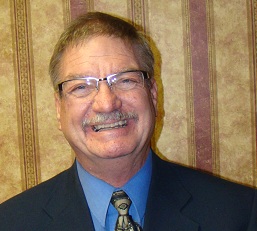 A native of Geneva, Nebraska, Elznic has a spent most of his career as a lender in Nebraska and Kansas.  Bob earned a Bachelor of Science degree in Agricultural Education and a Masters Degree in Education from the University of Nebraska in Lincoln.  Elzinc also attended the Graduate Schools of Banking in Boulder Colorado.

Generations Bank President Alan Emshoff said “We are pleased of have Bob as part of our bank staff.”  “Bob will bring a wealth of experience to our lending staff and will provide us with the credit skills to help our bank grow in a safe and sound manner.”  “Elznic also brings strong business development skills that will further assist us in meeting our strategic goals.”

Bob and his wife Barb who is a native of Hebron, Nebraska, will be relocating to the area from Coffeyville, Kansas.  The Elznic's have two grown children and six grandchildren.  Bob has been active in his communities, serving in many leadership roles including School Board, Rotary and the Chamber of Commerce.