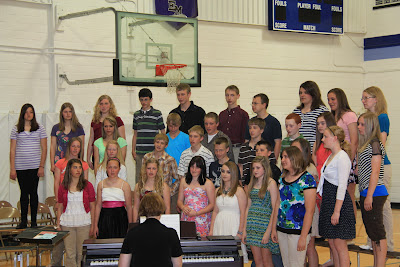 The Junior High Choir opened the concert with “I’se The B’y” followed by “The Journey” and the fast-paced “Cripple Creek.” 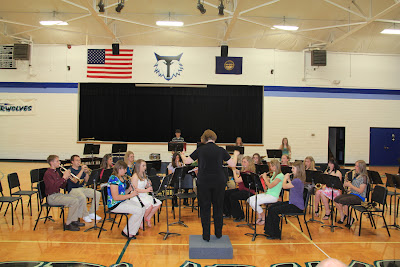 The Junior High Band performed next playing “March of the Irish Guard,” and “Legend of the Eagles.” 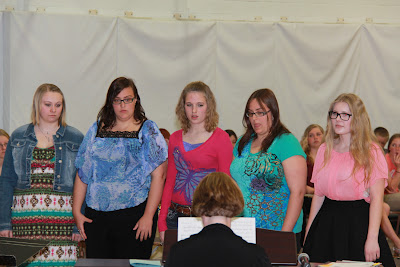 After the Junior High took their seats, the High School Women’s Ensemble performed a beautiful rendition of “The Violet” before they were joined by selected 7th and 8th grade girls to harmonize in “Keep Your Lamps Trimmed and Burnin’.” 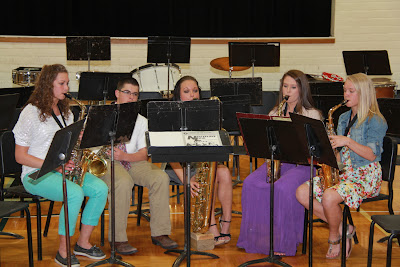 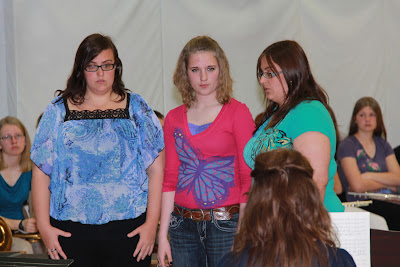 Then the crowd was treated to vocals as the Girls Trio of Ashley Miller, Kimberlin Ruhl and Meghan Miller performed “Annabel Lee,” and were accompanied by Exeter-Milligan alum Jessica Ruhl. 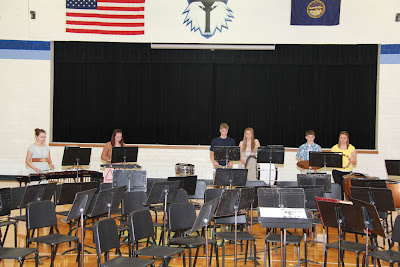 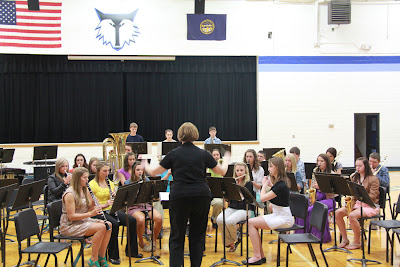 The Senior High Band previewed the two numbers that they will be playing for the upcoming district music contest, “Circus Bee” and a riveting rendition of “Bridgeview Overture.”

To end the main part of the concert the Junior High Band joined the Senior High Band and together they played “Bluin’ the Blues” and “City of Lights.”

After the concert was over the crowd was invited to the band room to hear many of the solos and groups perform their pieces for this week’s District music contest.  Before the concert, the Exeter-Milligan Arts Boosters treated the students to a pizza supper.
Posted by Leesa Bartu at 7:30 AM