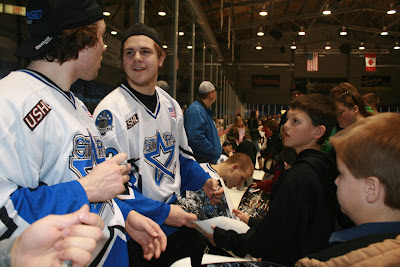 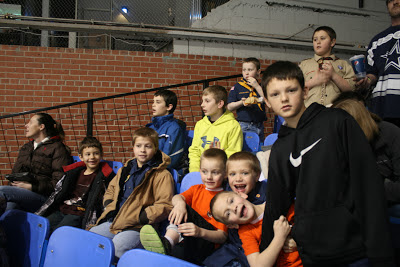 Exeter Cub Scout Pack 218 attended the Scout Night at the Lincoln Stars Hockey game Friday night.  The Stars hosted Sioux Falls Stampede but lost 4 – 1.  It was poster night so the scouts that came early enough were able to get free posters.  After the game was over the Scouts in uniform were invited on to the ice for an exclusive autograph session.
Posted by Leesa Bartu at 8:00 AM