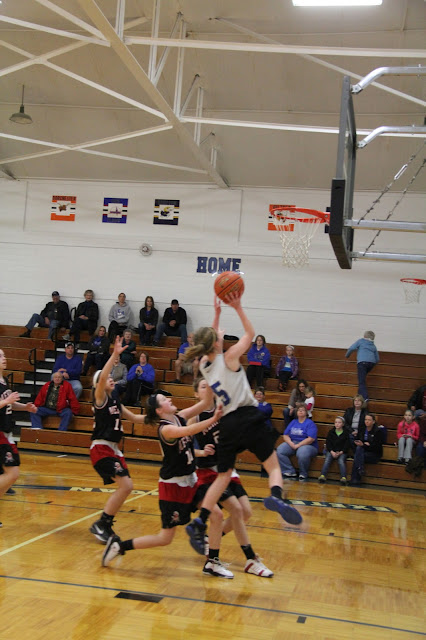 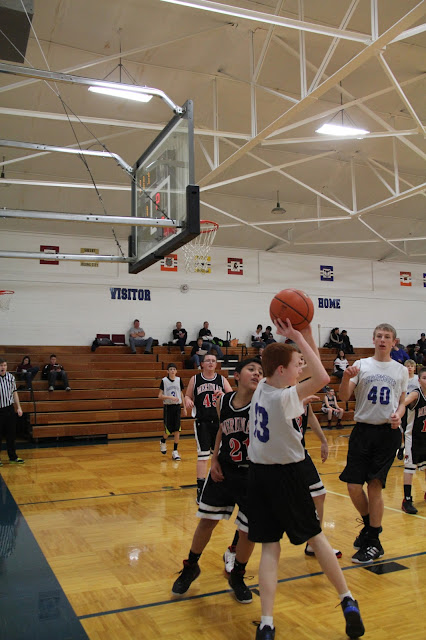 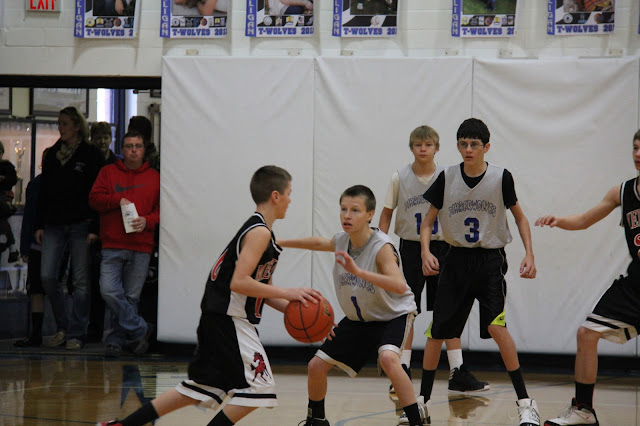 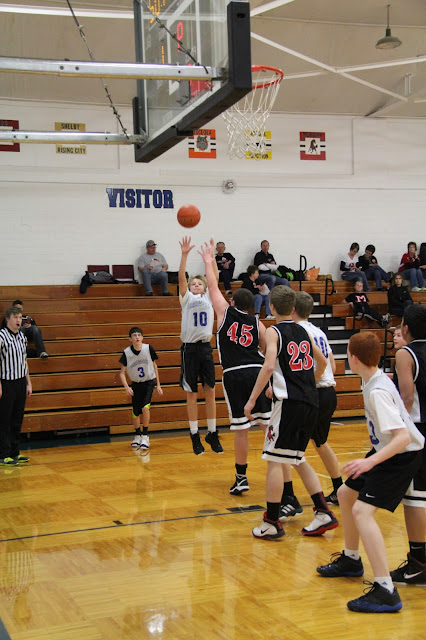 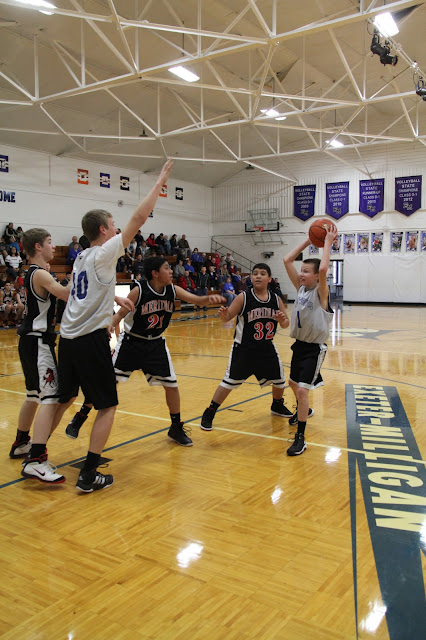 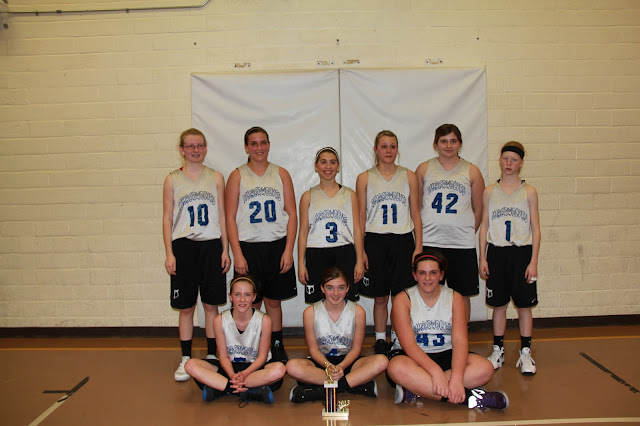 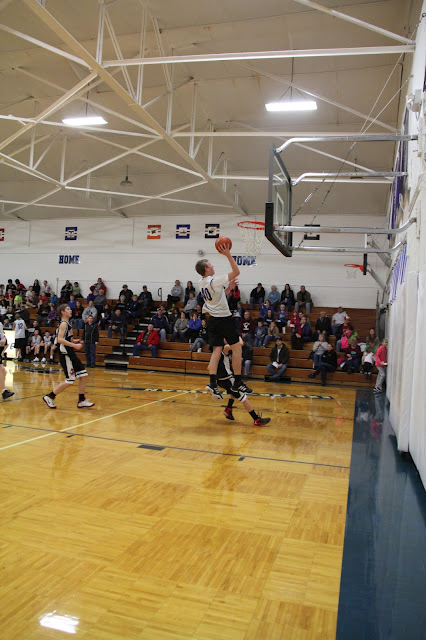 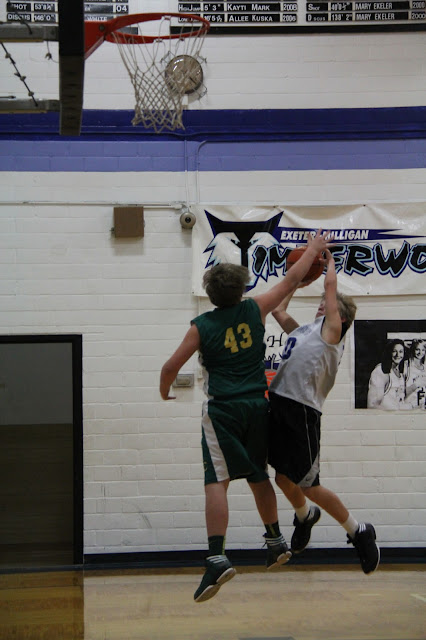 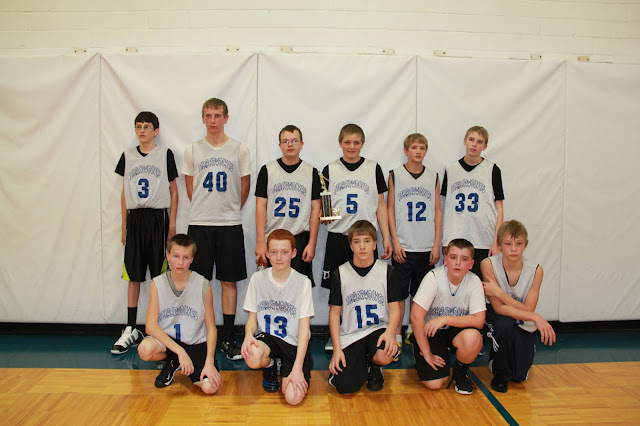 The next two teams in the bracket were The Friend Lady Bulldogs who handed the Bruning Davenport Shickley girls a berth in the consolation match up with a win of 37-10.

Boys were up next with Class C-1 Central City taking over the court defeating Friend 46-17.

The consolation matchup between the girls, BDS and Meridian, found BDS on top.

Next up were the Friend boys and the Meridian Mustangs in the consolation bracket.  Friend won the game.
The girls championship matched Highway 6 rivals, Friend and Exeter-Milligan with Friend coming in first winning 30-24.  Exeter-Milligan got within five points during the third quarter but Friend held onto their lead bringing home the first place trophy.

The Exeter-Milligan boys fought hard in the boys champion bracket but were unable to overcome the Central City Bison, losing by a score of 64-23.
Posted by Leesa Bartu at 7:30 AM