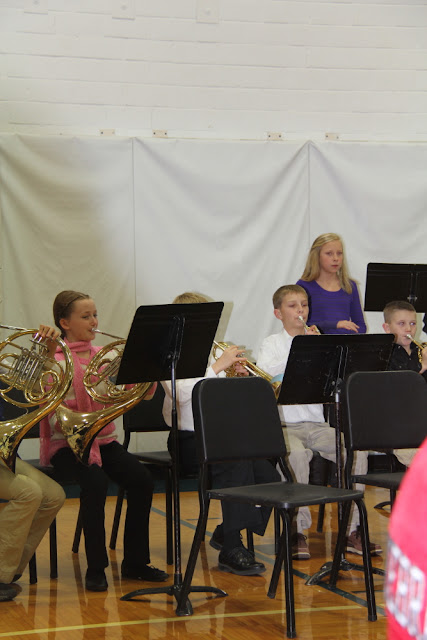 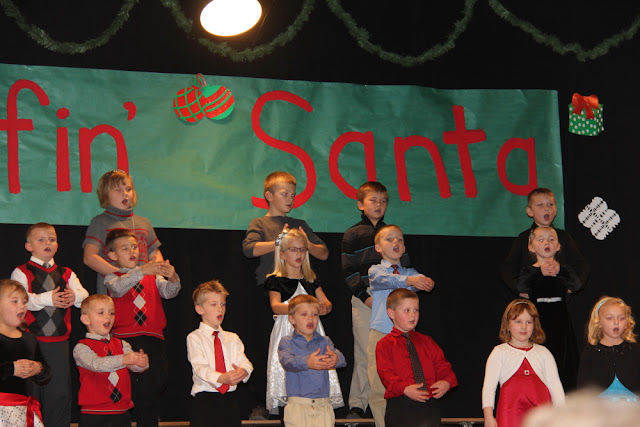 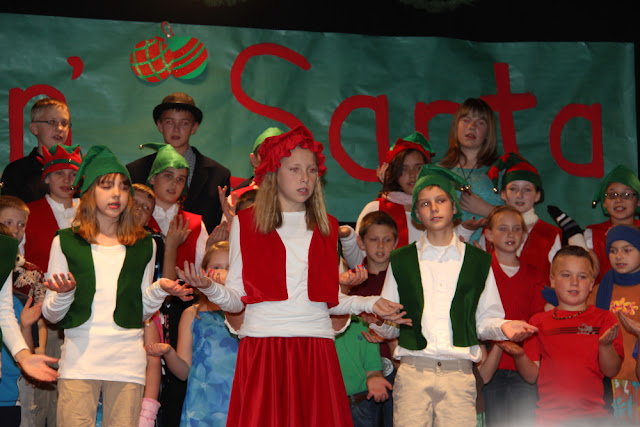 Mrs. Claus and the elves.

The evening began with the fifth and sixth grade band performing “First Rockin’ Christmas” and “Holly Jolly Christmas.”  The third and fourth graders then performed “Joyous Prelude” on their recorders.

The Kindergarten, first and second graders took the stage next performing a variety of Christmas songs including “Santa’s Comin’ Down The Chimney,” Top of The Housetop,” and “I Want to Be An Elf.”

Peytan Brandt played the Santa who was struggling to make it through another cold winter with his main elf, Jingle, played by Mitchell Manning.  Mrs. Clause was played by Katherine White.  The bad guy, Mr. Grimley, was played by Spencer Pribyl with his sidekick “Wally,” Trever Zelenka.  Kevin (Joel Klemm) and Ellen (Macy Due) overheard Mr. Grimley’s plans to take over Santa’s workshop and mailed themselves to the North Pole only to find that Santa had already left for an island vacation.

Santa is kept busy by the activities director, Marvin (Theron Odvody) and snorkels and surfs before his head elf, Jingle arrives. Jingle convices Santa and Mrs. Claus that they didn’t really win a vacation, it was all a plot to take away their toy workshop. They return just in time to save Christmas and Mr. Grimley decides to donate his extra toys to Santa.

Mrs. Angie Murphy, K-12 music teacher, directed the program for the elementary students.
Posted by Leesa Bartu at 7:30 AM