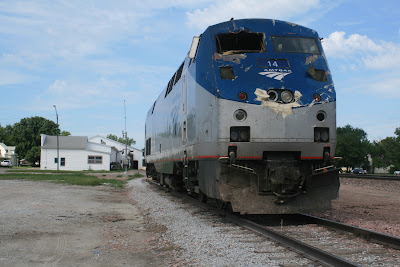 A loaded Amtrak train encountered a pivot tower across the tracks early Monday morning.  The pivot stop had malfunctioned causing the pivot to continue to move ending up on the track.  No one was injured in the accident but passengers were delayed for several hours waiting for a new engine to be brought to the site to replace the damaged engine. 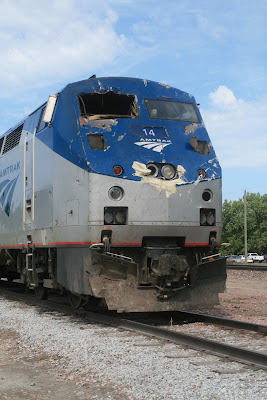 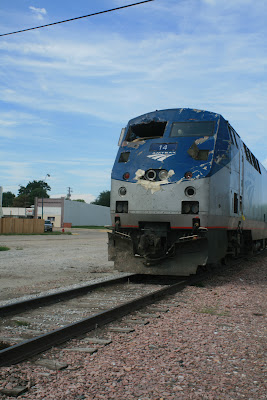 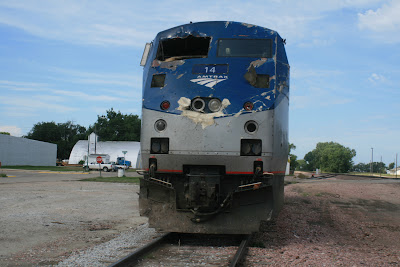