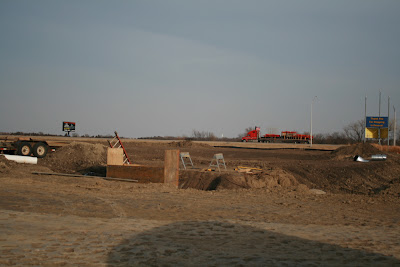 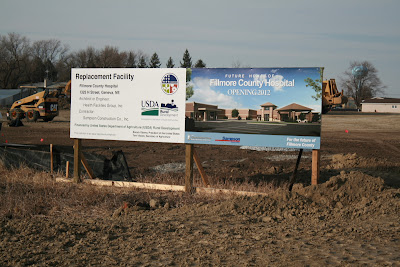 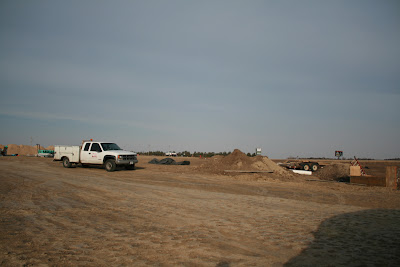 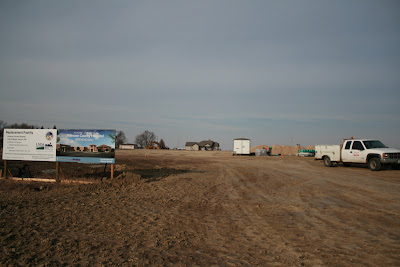 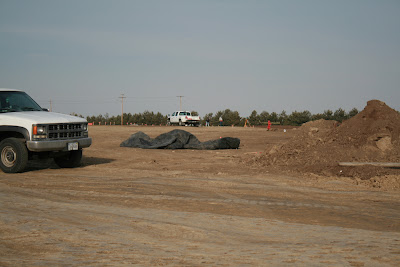 The Fillmore County Hospital Construction project saw its first bit of cement poured on Monday, December 20th.  Dirt work has been almost constant the last few months with the project using dirt from a nearby farm.  Excavators, backhoes, dirt packers, tractors and other heavy equipment have been involved with the project.  Two homes have been removed with one more home and some outlying buildings yet to be removed.  The project is scheduled to be completed in 2012.  Currently there is a capitol campaign being initiated to help fund building the medical clinic at the new hospital site.
Posted by Leesa Bartu at 8:15 AM