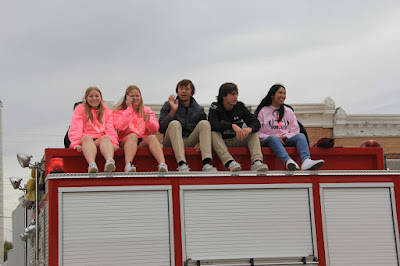 In preparation for the big Homecoming football game against Southern on Friday night, there was a big pep rally downtown Exeter on Friday afternoon.  The seniors arrived in style on top of a fire truck and the fun began.  The band marched in and the cheerleaders led several cheers.  Senior class President Olivea Swanson was the master of ceremonies and kept things moving.  The seniors each shared a special high school memory and the homecoming court was introduced.

The football players were divided up into three groups and each were given a frozen t-shirt they had to get apart to put on a player.  Then the football seniors put halloween makeup on the faces of the senior cheerleaders from behind.  Marcus' make up skills on Hannah were crowned crowd favorites.

Downtown got loud for the cheering contest with each elementary class competing to see who could cheer the loudest.  They also announced that the sophomore class won the hallway decorating contest with the juniors coming in at runner up. The students who did a great job dressing up for the five dress up days - zoom day, students dress like teachers, costume day, soccer moms vs middle-aged dads and spirit day - were also recognized. 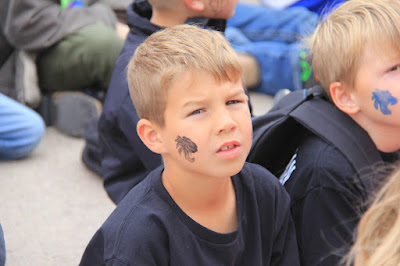 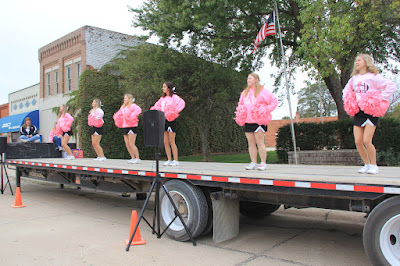 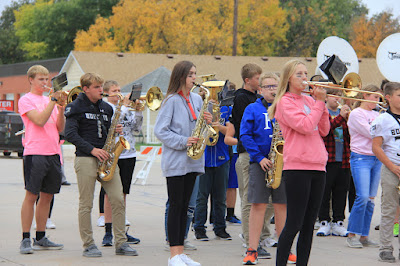 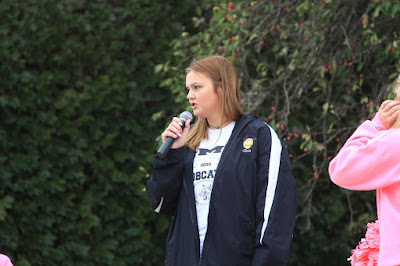 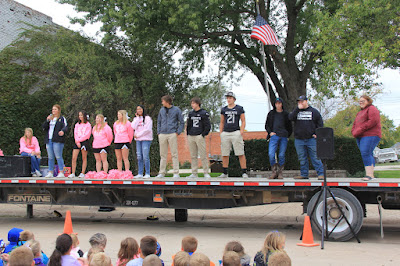 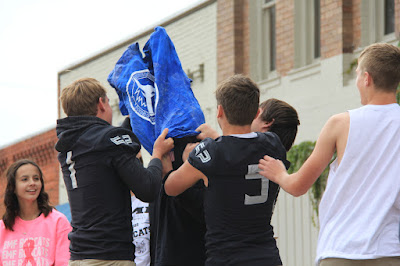 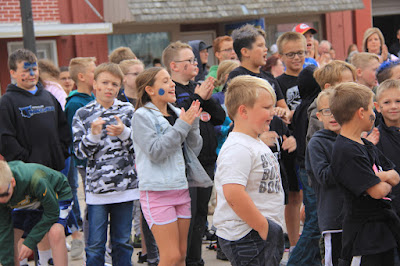 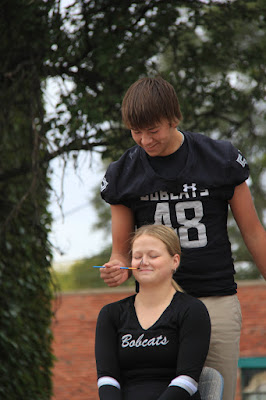 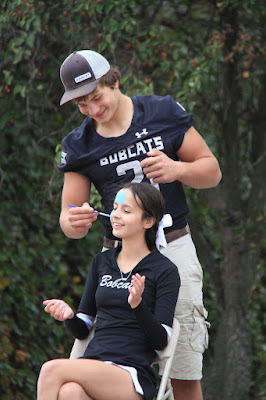 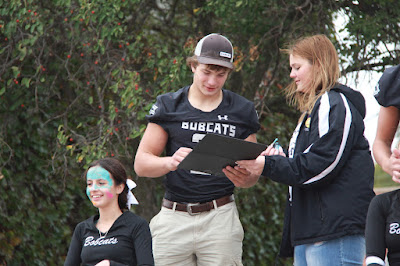 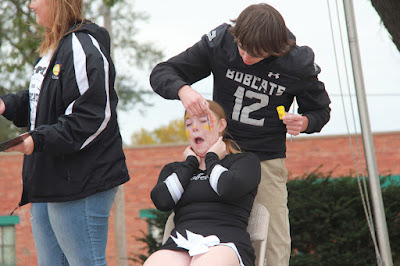 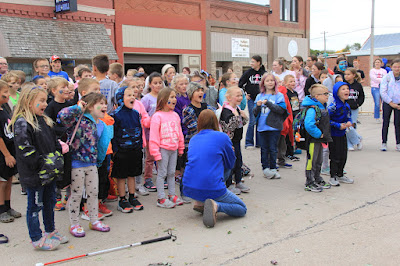 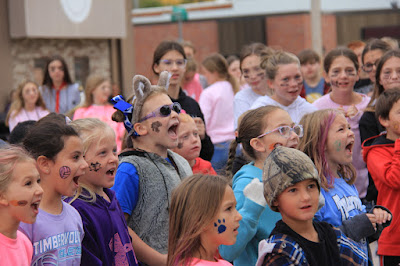