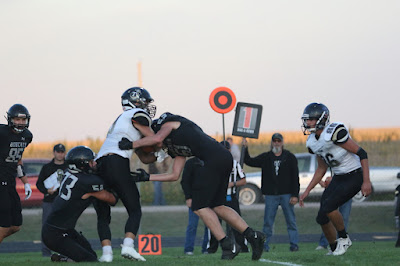 Friday night's matchup in Friend against Thayer Central had fans sitting on the edge of their bleachers.

The teams went back and forth downfield the first quarter until EMF had two big passes from Christian Weber to Chase Svehla on third down and then to Kole Svec for the TD.  The two point was denied.  With 2:58 left in the first quarter it was 6-0.

EMF was back in the end zone but it was called back for pass interference on the offense. But the Bobcats came storming back with a big Weber pass to Svec and into the end zone.  12-0 with a minute left in the half.

Thayer Central made good use of that minute as they intercepted a Bobcat pass and were stopped on the five.  With just five seconds left on the clock the Titans put 8 points up on the board. 12-8

Another pass to Svehla gets Breckan Schluter in range to run in for six. 20 - 8

EMF fights back and storms downfield. Weber in from eight yards out and Schluter got the two point. 28-20 which was the final in the nail biting contest.  The Bobcats travel to Amherst for Friday's game.  The game will be on strive Link to Amherst striv  and sound will be available on the EM NETWORK 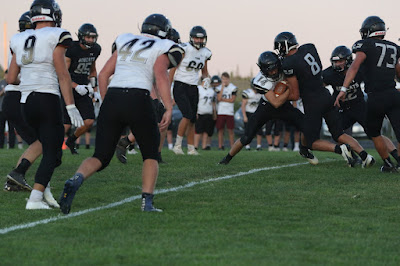 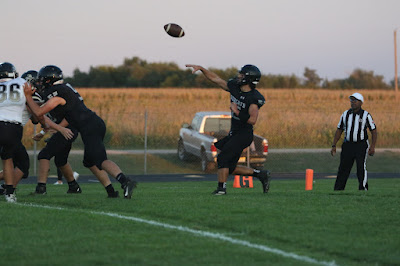 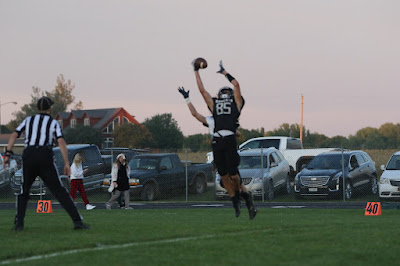 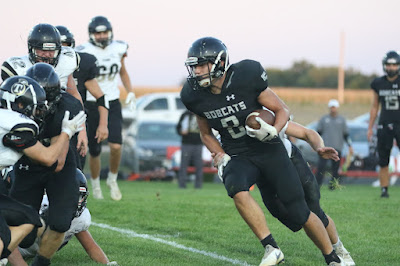 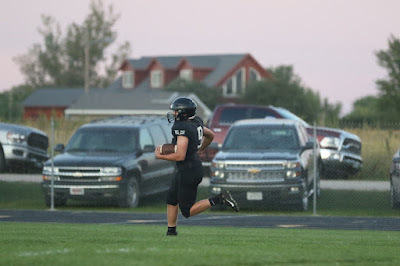 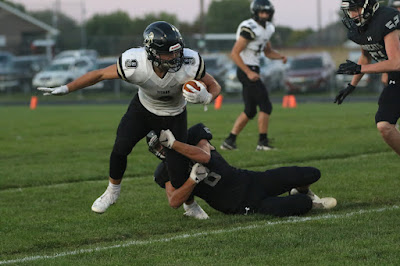 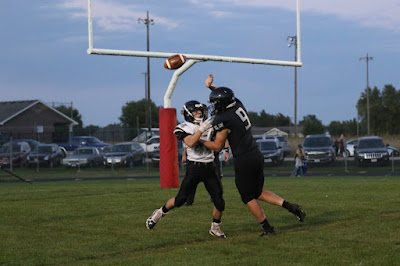 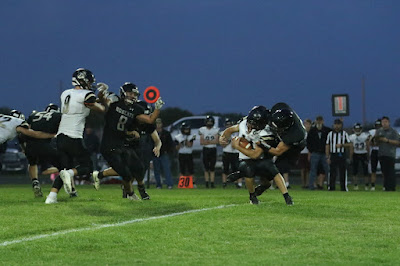 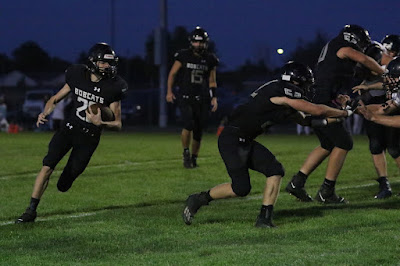 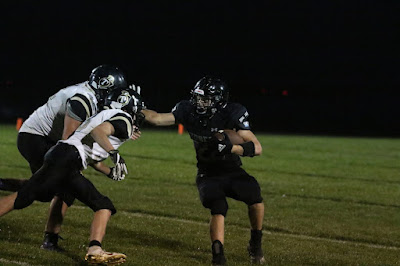 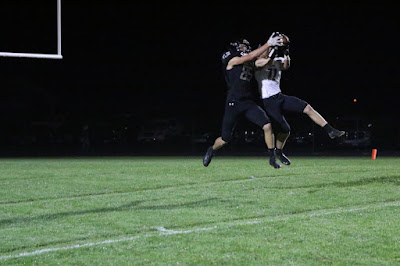 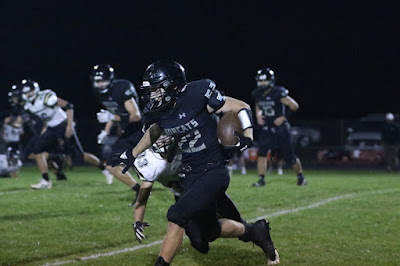 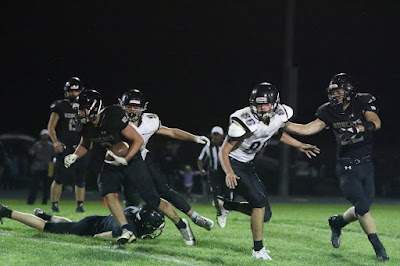