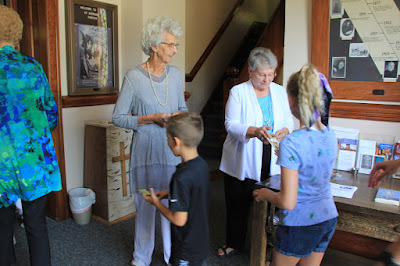 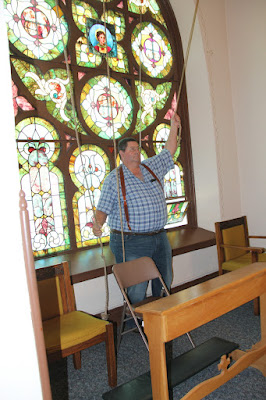 Exeter was established in 1879 but the first Catholic mass was celebrated in the rural Exeter home of F. McTygue in 1870.

This past Sunday, August 8, St. Stephens Catholic church observed a heritage mass to commemorate the 150 years the church has been celebrating mass.

The bells rang for the special service at 4 p.m. and the greeters presented each parishioner and guest with a special laminated prayer card honoring St. Stephen, their patron saint.

The service began with beautiful music accompanied by piano, organ and violin as the congregants were led in song by an “all-star choir” of beautiful voices from Exeter, Milligan and Lincoln.

Father Brendan Kelly, the pastor at St. Stephen’s gave a brief history of the beginnings of the church. He talked about Father Kelly, the first priest ordained in Nebraska, who covered the entire area as far west as Hastings including officiating the first mass in Exeter.

In his sermon Kelly talked about the Old Testament prophet Elijah who was sustained by food from God to walk for 40 days and nights. He “travelled a long way in the strength of the food God gave him.  We, in our parish, have traveled as part of that journey.  Who sustained us?  Jesus gives us himself to sustain us.”

He noted that the parish will celebrate 150 years of existence in seven years. “We have been here for 150 years but are still in the same place.  We do the same things they did.  It’s a different language and a few different things but it’s still the same Mass.”

Kelly acknowledged that the mass was in memory of deceased parishioners of St. Stephens.  Father Robert Barnhill who served the church from 1998-1999 also celebrated the heritage mass with Father Kelly.

After the mass, celebrants and parishioners gathered together in the parish hall for a catered meal and fellowship.  Father Kelly was thrilled to “see the hall full and everyone eating together.” 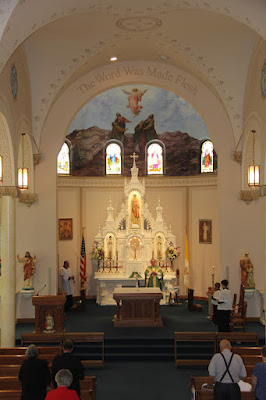 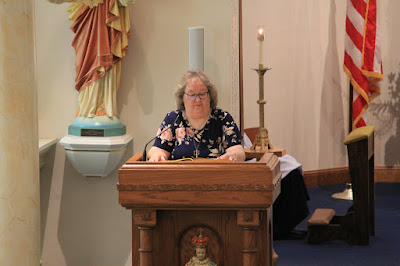 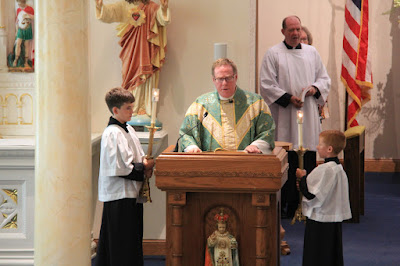 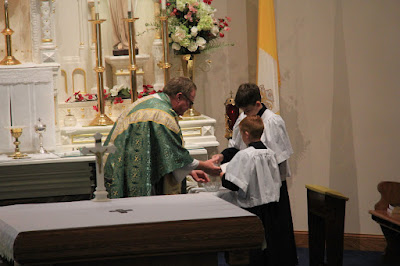 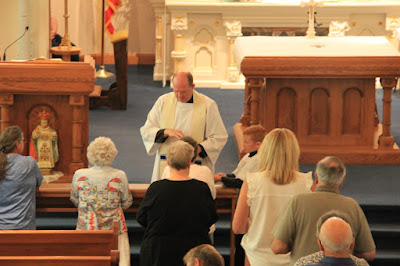 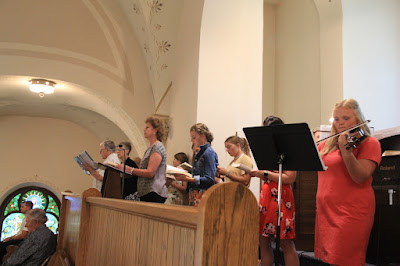 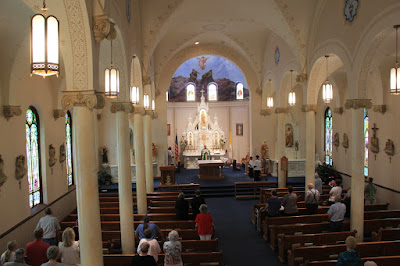 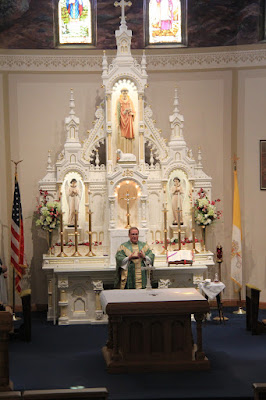 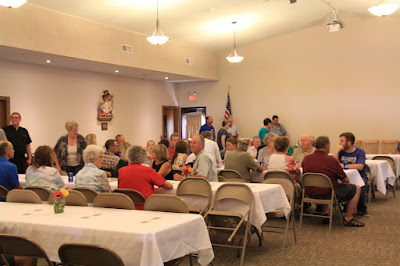 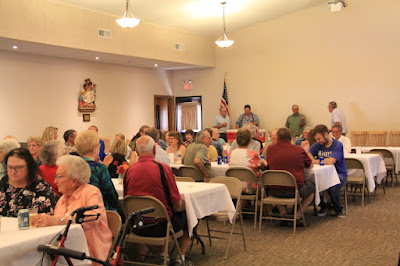 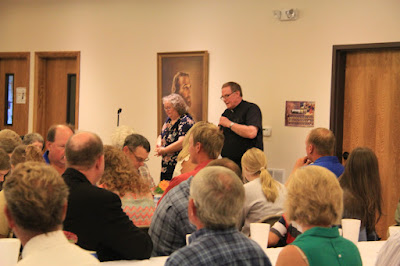