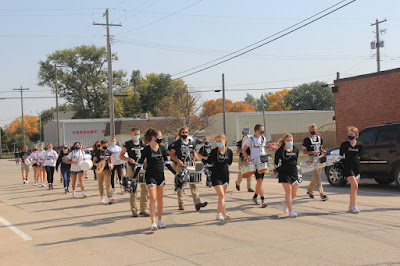 The band and cheerleaders marched downtown to the Pep Rally 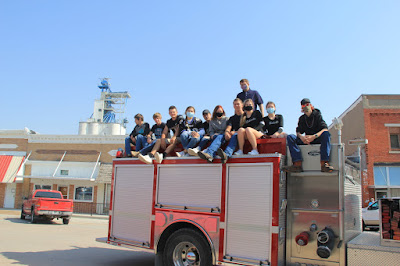 The Seniors arrived at the Pep Rally on the fire truck 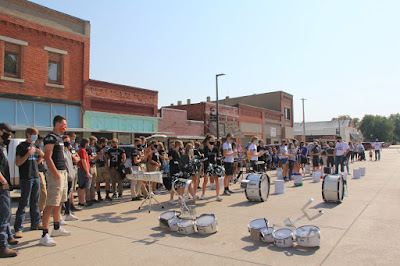 Downtown started to fill up for the pep rally. 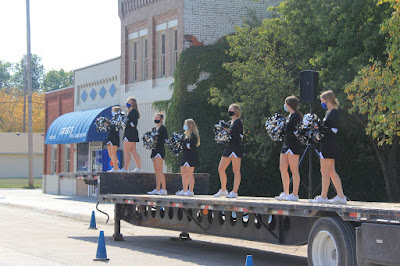 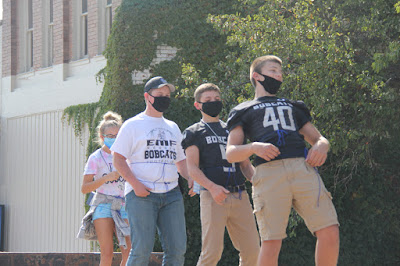 Representatives from each 7-12 class were chosen randomly to participate in a booty shaking game.  They had to shake ping pong balls out of a kleenex box that was tied to their waste. 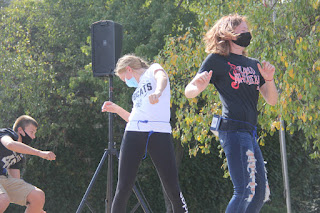 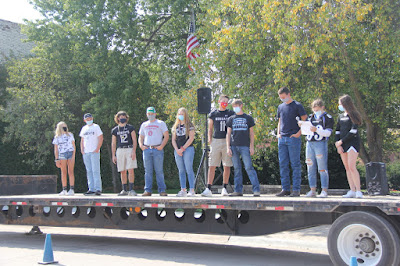 Homecoming court (Olivea Swanson was missing as she was playing in a district softball game). 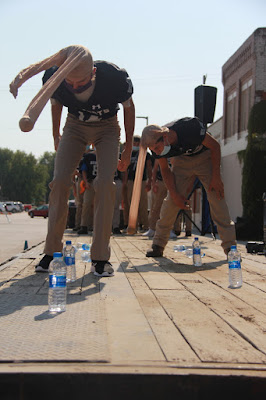 The football players raced to knock over bottles with the tennis ball filled pantyhose on their heads not using their hands until someone decided to move things along a little faster. 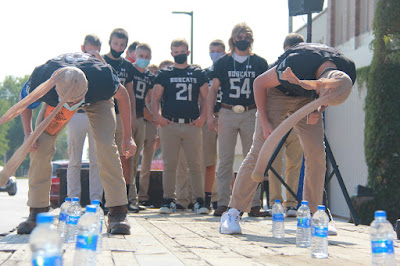 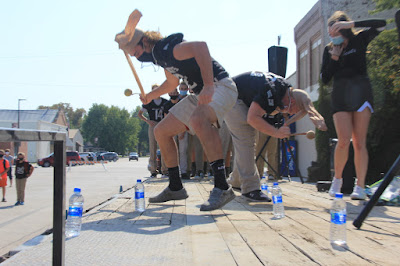 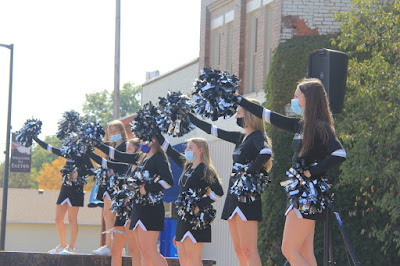 The cheerleaders led one more cheer before the band played their drums. 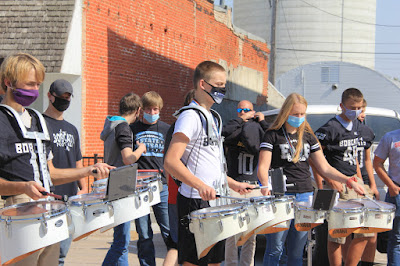 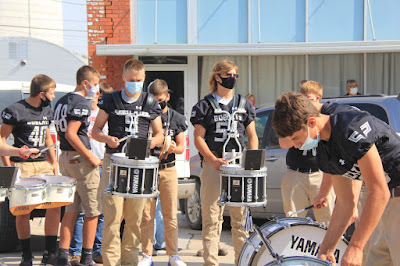 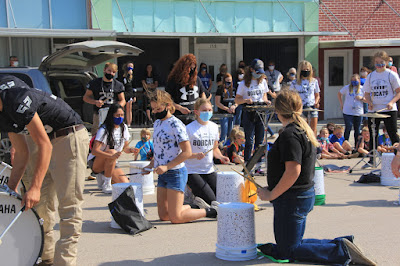 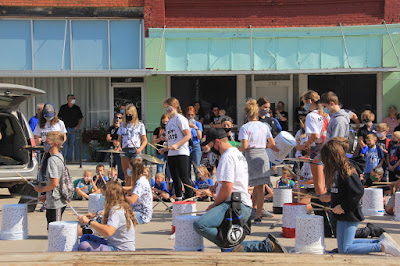 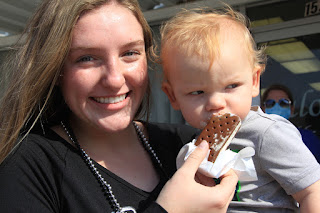 Ice cream for everyone ended the day.  The ice cream was donated by Greg's Market. 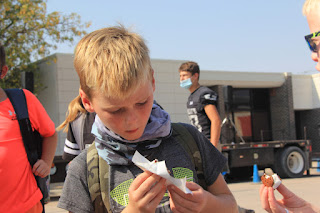