Exeter-Milligan/Friend Takes Down the Huskies in Shelby

Exeter-Milligan/Friend traveled to Shelby on Friday night to meet the Shelby-Rising City Huskies on the turf.

The Huskies started hot to trot, converting a fourth down to a touch down and completing the conversion making it 8-0.  Less than a minute later the Bobcats came storming downfield with Breckan Schluter taking it in for six and Christian Weber adding the two points with 9:00 on the clock.

After forcing the Huskies to turn it over on downs the Bobcats found the end zone again with a Weber pass to Jackson Beethe and a Weber keeper to add the two point making the score 16-8 with 5:19 left in the first quarter.

SRC turned it over on downs but stripped the ball from the Bobcats at their own 25 before Jackson Beethe stopped them.  They did find the end zone but the Bobcat defense held their own making it 16-14 at the end of the first quarter.

Schluter plowed through multiple defenders to get into the end zone making it 22-14 with 10:20 in the second half.

SRC stepped up their passing game and EMF struggled for a few plays before getting their defense down.  SRC scored with 9:08 left in the half 22-29

Schlueter took another in for 8 and Beethe catch the Weber pass in the end zone for the 2 point. Score was 30 to 20 with 2:23 in half

Some great pass defense by the Bobcats got them the ball with 49 seconds on the clock but they didn't have enough time to finish a good drive.  Score was 30-20 at the half.

The Bobcats started building their lead with another Schluter touchdown followed by Newsome with the conversion.  38-20 with 7:33 in the third quarter.

A huge run by Schluter to five yard line lets Newsome carry it in for six but two point was stopped.

The Bobcats punted on the fourth with Beethe booting a perfect ball down to around the 15 where a SRC player touched it as it bounced it's way down the four yard line where Newsome recovered the ball.  Two plays later the Bobcats punched it in on a Weber keeper but the two point was stopped. 50-20

SRC put one more on the board with a 27 yard pass making it 50-26.  The Bobcats denied the Huskies two point attempt.

The Bobcats added one more score on a Weber pass to Beethe in the end zone and the two point pass was good to Schluter.  58-26

The Bobcats will be at home in Milligan on Friday against Tri-County. 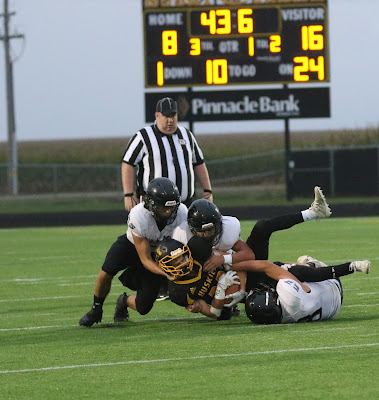 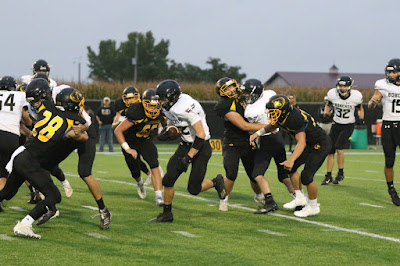 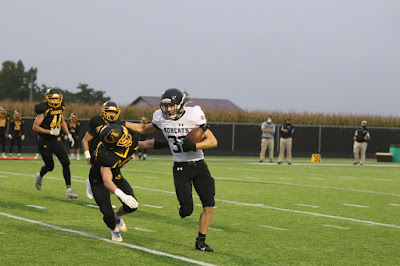 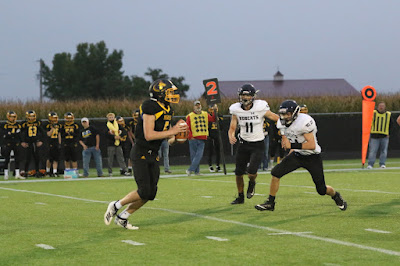 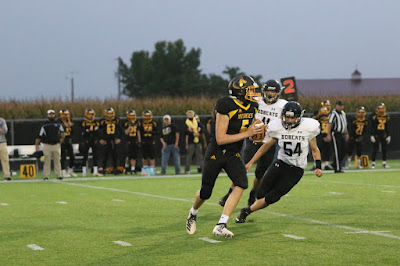 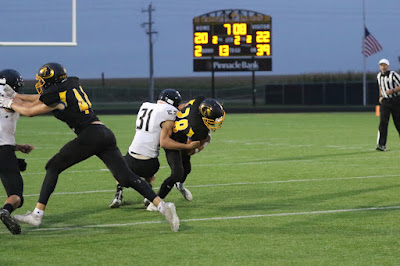 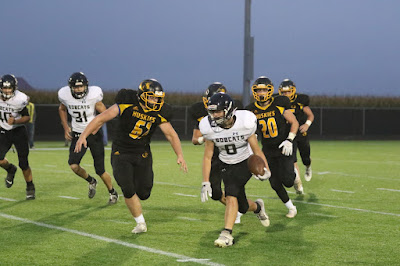 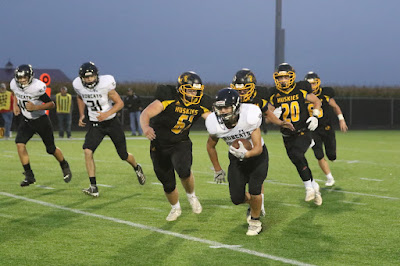 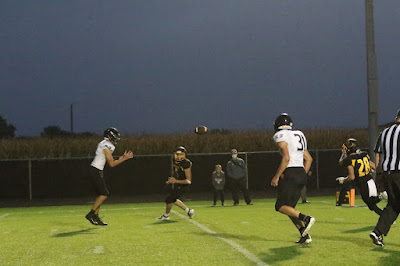 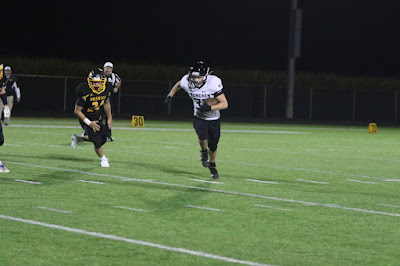 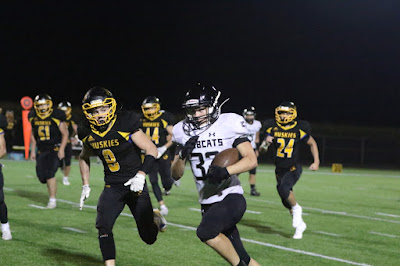 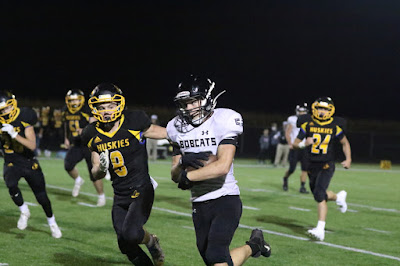 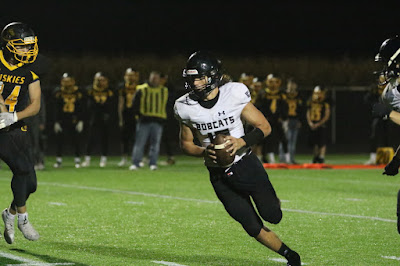 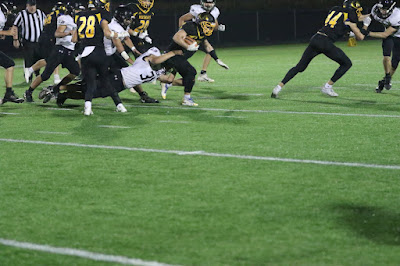 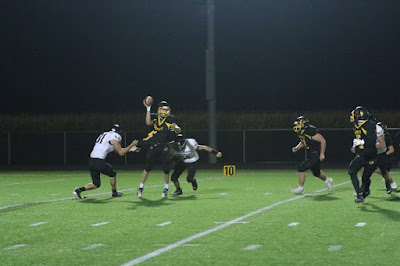 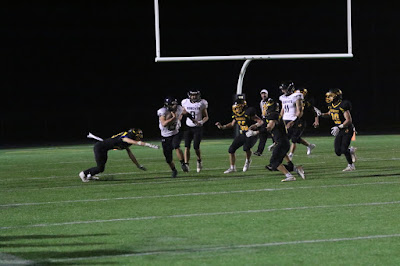 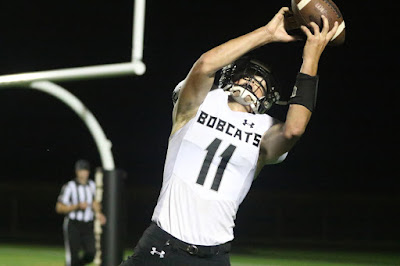 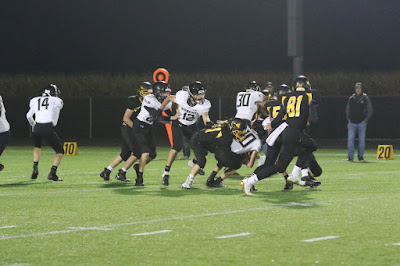 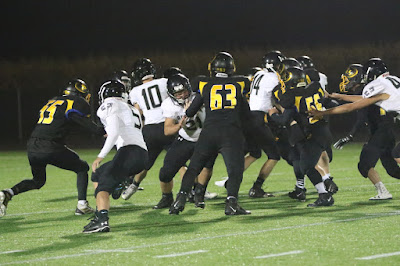 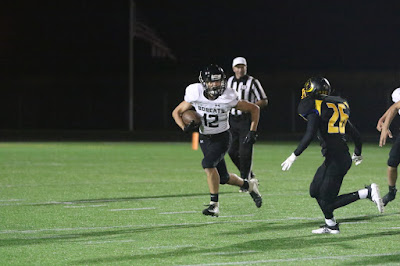 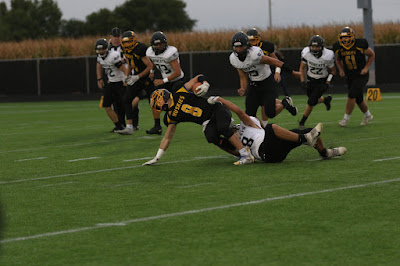 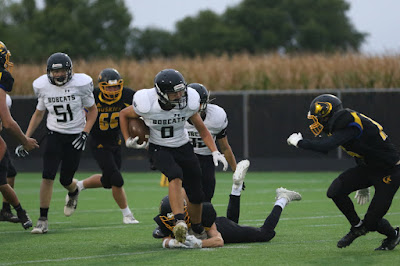 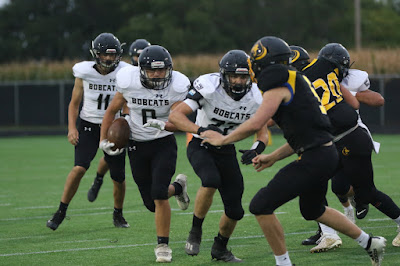 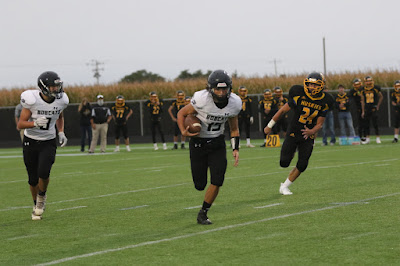 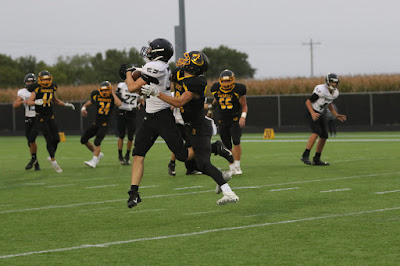 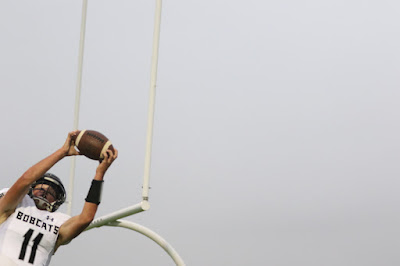 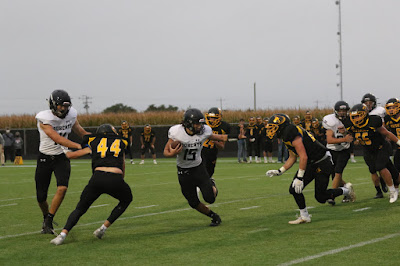