EMF takes a hit in Hebron 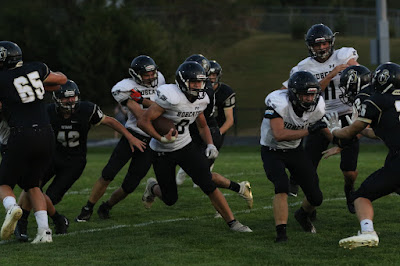 The Exeter-Milligan Friend Bobcats fell to 3-2 on the season with a loss in Hebron on Friday night.  The Thayer Central Titans had size and numbers on their side.

The first series Christian Weber intercepted a pass on the 3 yard line and the Bobcats took over but unfortunately didn't get too far downfield.  Jackson Beethe hit a great punt to put Thayer Central in their own territory.

Unfortunately that didn't stop they as their first play in the set of downs was a pass caught in the end zone making it 0-8 with 8:56 left in the quarter.

EMF fought back and Weber's pass to Breckan Schluter in the end zone was good for six.  Weber tacked on two more to make it 8-8 with 7:11 in the first quarter.

Thayer Central quickly got back on the board making it 8-14 before adding another quick eight with 2:17 left in the quarter. 8-22

Keegan Newsome skirts the defense and down the sideline for six points.  Two point attempt was denied 14-29 10:20 in second quarter.

Thayer Central returned a punt for six and tacked on two 14-36 10:05 in second quarter,

The Bobcats weren't giving up or giving in and with 7:48 in the quarter Chase Svehla caught a Weber pass to make it 20-44.

Thayer Central kept scoring making it 20-52 but EMF hung in there with Weber finding Schluter in the end zone for six 26-52.

In the third quarter the Bobcats were on the board first with a Weber pass to Schluter for six with 8:57 left making it 32 to 60
Schluter intercepted the Titans pass but the Bobcats were not able to convert the error into points.  Thayer Central was back at it making it 32-66. Thayer central added another touchdownb in the fourth quarter 32-74
The Bobcats added one more score for good measure.  Jessie Duba took in for six points making the final 38-74. 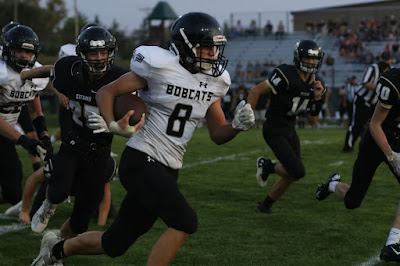 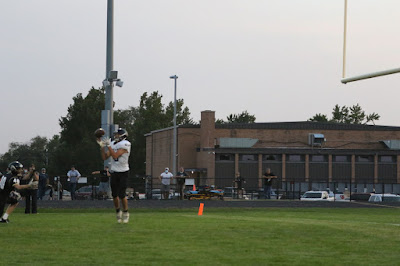 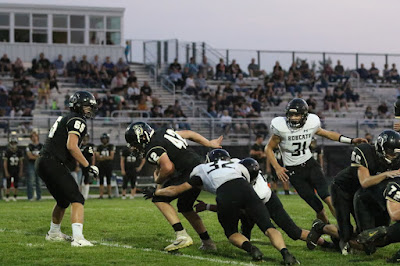 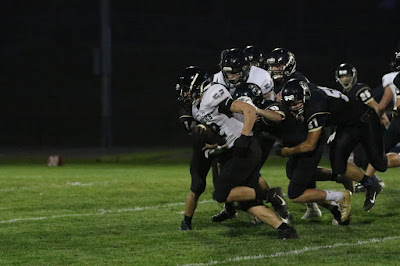 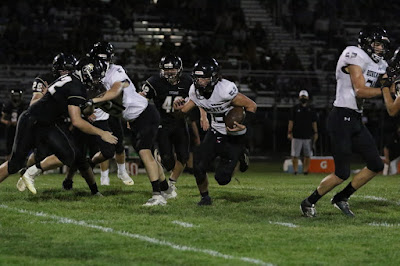 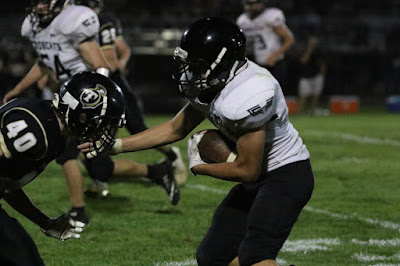 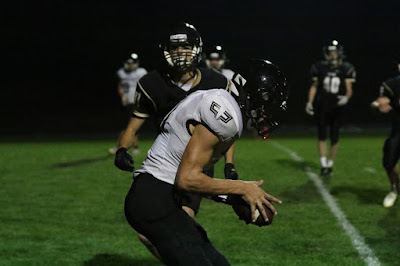 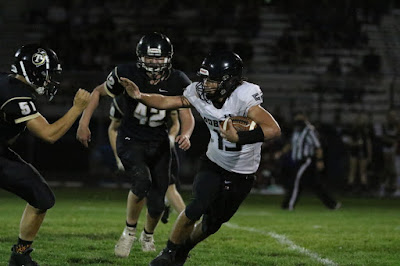 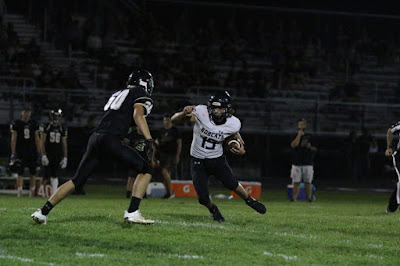 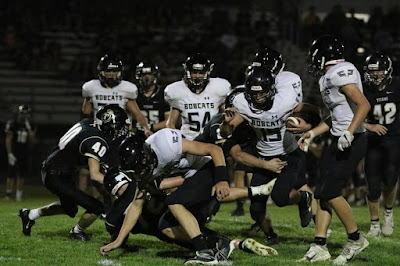 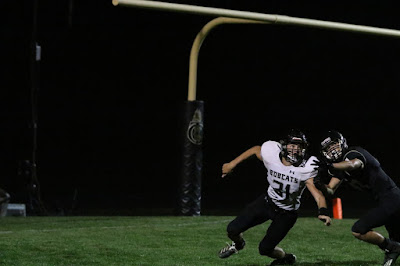 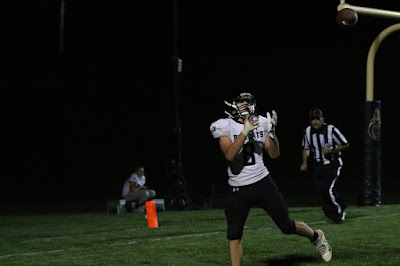 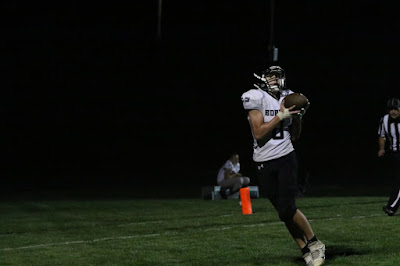 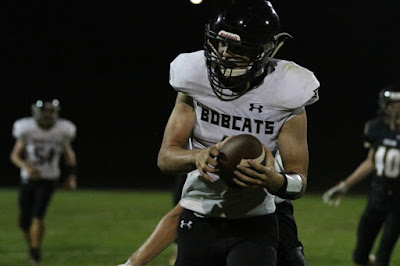 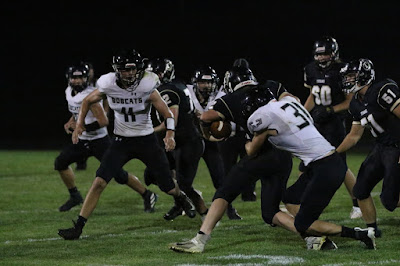 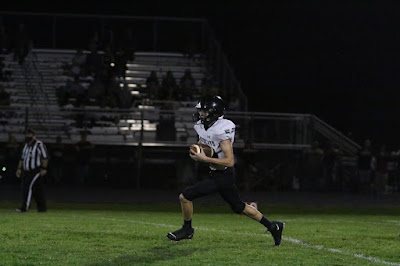