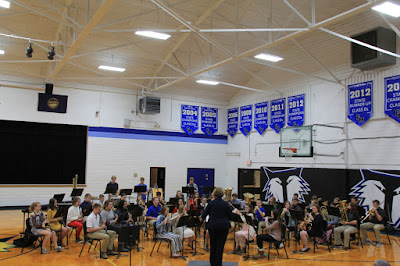 Exeter-Milligan Junior-Senior High Christmas Concert was held on Monday, December 16 in Exeter.
Mrs. Angie Murphy, director, led multiple groups through a celebration of the holiday season.
The entire junior-senior high band opened the concert with “’Handel’ for Christmas” and “Winter Holiday.”
The junior high choir performed “Let it Snow!” and “Somewhere in My Memory” before they were joined by the senior high members and the Friends of Vocal for “Deck the Hall.”
The first number for the senior high choir was “Silent Night” which the choir members sang and also accompanied themselves on ukulele’s which were purchased with memorial funds from the Jeannine Krejci family. The choir did a beautiful job playing and singing the piece.
The choir then shared “The Twelve Songs of Christmas” and “O Holy Night” with the audience before just the women sang “Sankta Lucia.”
The junior senior high band continued the concert with “’Twas The Night Before Christmas” which featured Mrs. Denice Kovanda as the narrator and welcomed the audience to join them in the traditional Christmas sign along. 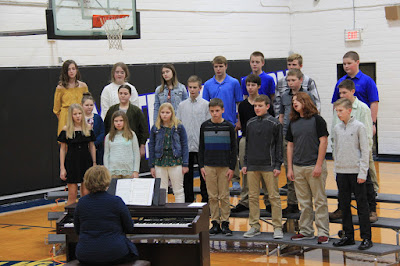 The junior high choir performs at the Christmas Concert at Exeter-Milligan. 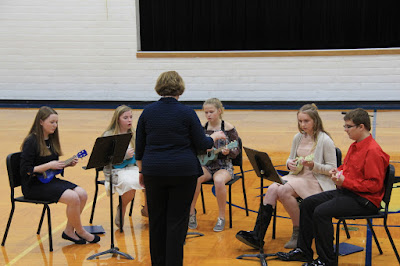 The Exeter-Milligan Senior High Choir performed and sang “Silent Night” on ukulele’s.  Pictured from the left are Caitlin Murphy, Morgan White, Jozie Kanode, Briana Capek and Blake Meyer as they are directed by Mrs. Angie Murphy. 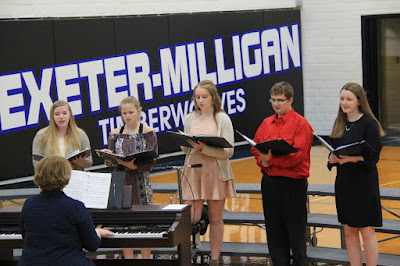 The Exeter-Milligan Senior High Choir performs “The Twelve Songs of Christmas.”  Pictured from the left are Morgan White, Jozie Kanode, Briana Capek, Blake Meyer and Caitlin Murphy as they are accompanied by Mrs. Angie Murphy. 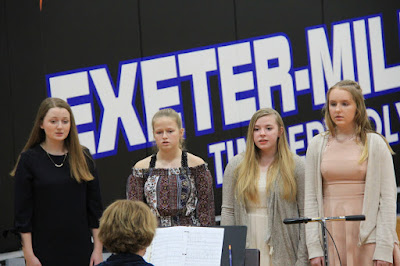 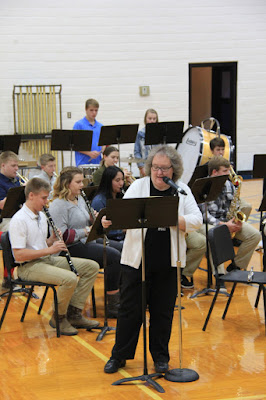 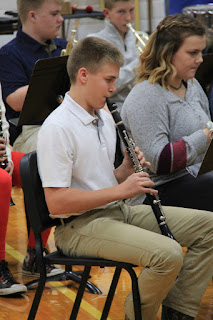 Kole Svec was a featured performer during “’Twas The Night Before Christmas.”
Posted by Leesa Bartu at 7:30 AM