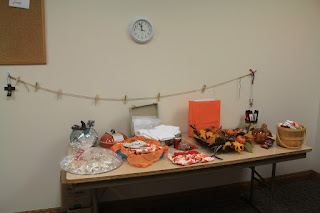 Above and below: the many raffle items given away at the St. Stephen's Altar Society Salad Luncheon 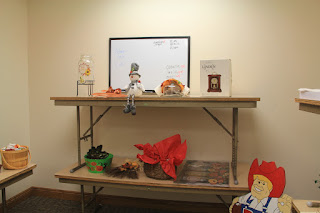 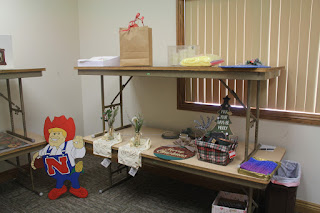 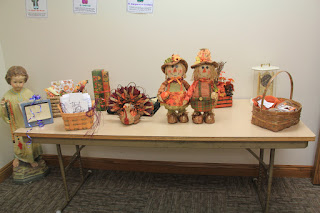 Exeter’s St. Stephen’s Altar Society held their fortieth annual Salad Luncheon and Card Party on Thursday, Oct. 24th.  The attendees were invited to share in a celebratory toast at the start of the luncheon.  The near capacity crowd could choose from a bountiful array of tasty salads and light sandwiches.  After everyone had enjoyed the buffet a quilt made by Carol Harris was won by Suzanne Johnson and a nativity set was won by Amy Emshoff.  Over forty raffle prizes were given away along with door prizes.  After the tables were cleared and rearranged the afternoon entertainment was bridge and pitch for those who chose to participate. 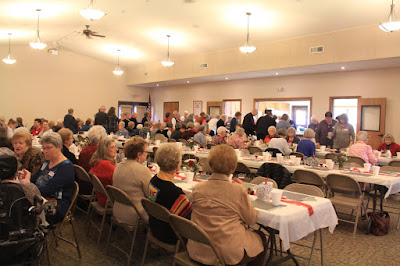 The parish hall was nearly filled to capacity at St. Stephens for the Altar Society’s Salad Luncheon and Card Party. 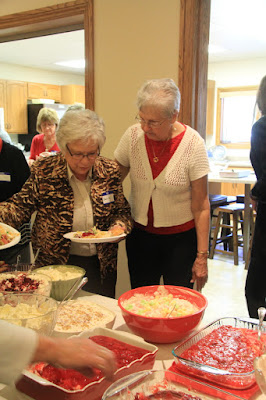 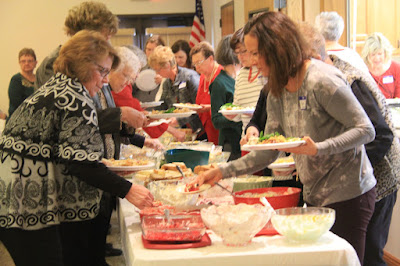 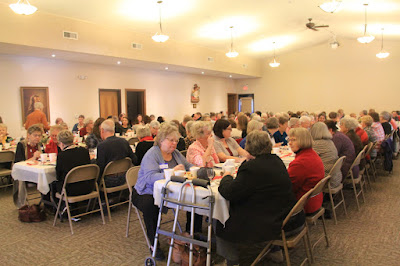 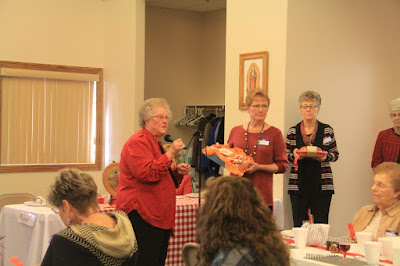 From the left: Agnes Anderson reads a ticket number for a winner to receive the door prize Kathy Erdkamp is holding.  Diane Zeleny and Suzanne Johnson hold the next door prizes that will be raffled off.
Posted by Leesa Bartu at 7:30 AM