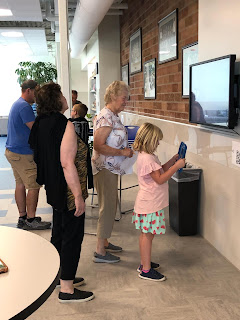 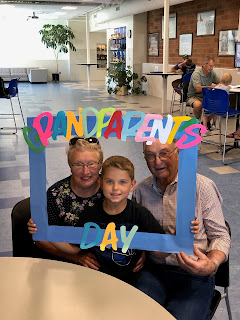 Bottom picture is Braxton Harre with his great-grandparents Gary and Lois Pribyl.

Top picture is Brooklyn Lawson showing her grandmothers how to scan QR codes with her iPad for the scavenger hunt.