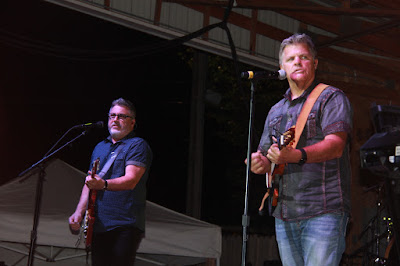 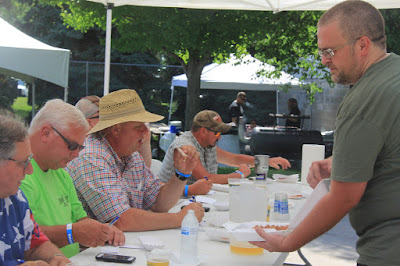 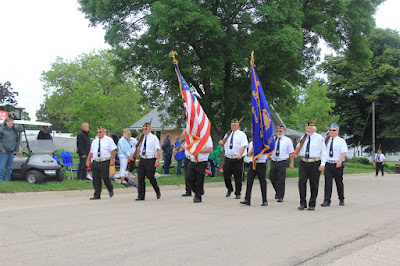 Members of the Exeter American Legion Post 218 along with the Sons of the Legion members march in the parade at June Jubilee.  The theme was "Thanking Our Veterans, Celebrating 100 years of the American Legion." 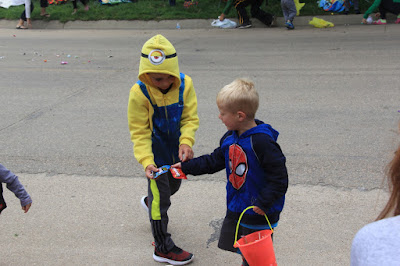 
Milligan’s 32nd Annual June Jubilee certainly lived up to its theme “A great place for a good time!”  the weekend of June 6,7 and 8.
Friday morning started with a tractor drive and lunch before the beer garden opened with the Forgotten Highway Band.  Country Singer Darryl Worley warmed up the stage and then joined the band Lonestar to play some of their greatest hits.

Saturday’s activities included a sand volleyball tournament along with softball.  Main street in Milligan was filled with classic cars for the car show as the pork rib cook off began and the road rally began.  The tractor pull was in the afternoon and Angie Kriz and the Polkatoons performed in the beer garden.  Ribs from the cook off contest were on the menu for supper and the band “High Heel” played until a thunderstorm chased everyone out of the venue at 11 p.m.

Sunday morning dawned cool and cloudy but the sun came out for a beautiful day as family and friends gathered for the Catholic church’s Polka breakfast.  The afternoon activities were highlighted by the parade and the theme was “Thanking our veterans, Celebrating 100 years of the American Legion.”
After the parade the beer garden hosted free face painting, the kids’ pedal pull, the kolache eating contest and Wilbur Alumni Band along with the Milligan Czech Brass Band performing.
Czechlanders were the closing band for the event. 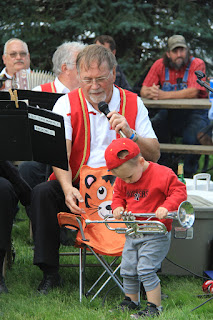 Below – Mike Kassik trains the youngest member of the Milligan Czech Brass Band, his grandson Weston Yound, during Sunday’s performance at Milligan’s June Jubilee.
Posted by Leesa Bartu at 7:30 AM