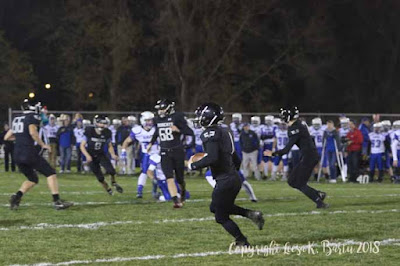 The Bobcats were ready to devour the Guardian Angel Central Catholic Bluejays and it was evident from the start.  EMF received the ball first and on the first down Edwin Baptista found a hole and took it to the house putting up six points in the first fifteen seconds.

GACC made no progress and after a short punt the Bobcats took advantage of good field position and Baptista punched it in for another six.  Two point was no good but the Bobcats were up 12-0 with 4:23 left in the quarter.

GACC had a tough night full of fumbles and penalties.  They fumbled on their first down, EMF recovered and after a big Pribyl pass caught by Max Zeleny down to close to the 10 Mitchell Manning ran the ball in to make it  18 - 0

After a pass interference call GACC got a first down and raced down to the EMF 10 but EMF stopped their progress and took over on downs.  EMF marched downfield and was all set up to score but were stopped.  They went into the half 18-0.

GACC was taking every chance they could and after being shut down on 4th and 1 the Bobcats took over and Baptista was in again for six.  Manning tacked on the two points with just over eight minutes left in the third quarter. 26-0.

After an EMF fumble on the 10 yard line GACC recovered and found the end zone with 6:25 left in the third quarter.  Two point attempt was denied.

GACC had a big gain and was in for 6 again with no 2 pt making it 34 to 12 with 3:07 in 3rd quarter
Manning was in for 6 again after taking over on downs.  GACC had double dipped on penalties including a big unsportsmanlike conduct call.  They were spotted 4th and 38 to go before the Bobcats took over.  9:02 left in the fourth 40-12.

Manning got loose on the first down and went all the way for six points making the final score 46-12.  EMF will travel to Creighton for the semi-final round of the D-1 playoffs on Monday, November 12 at 5 p.m. 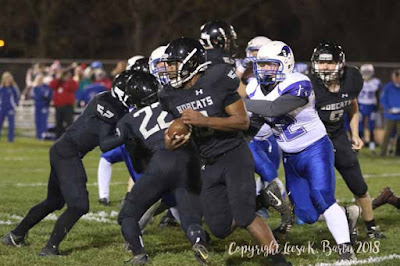 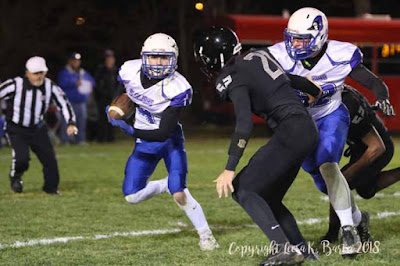 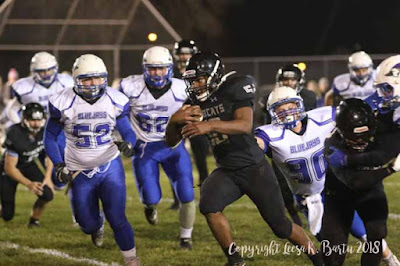 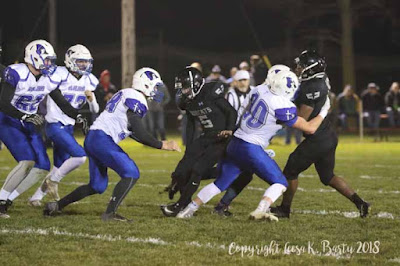 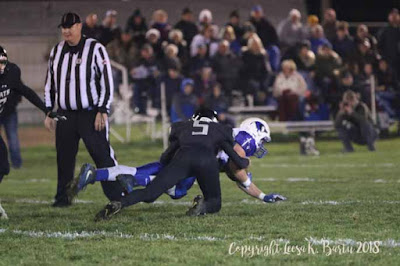 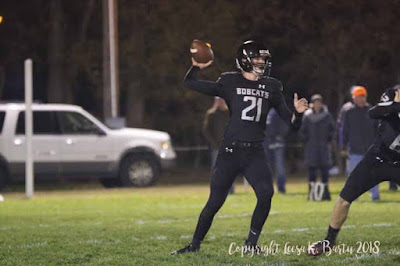 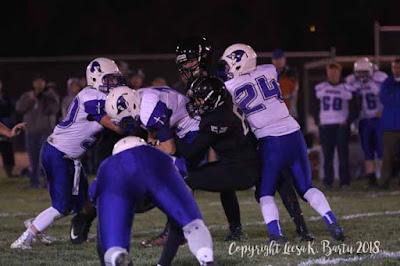 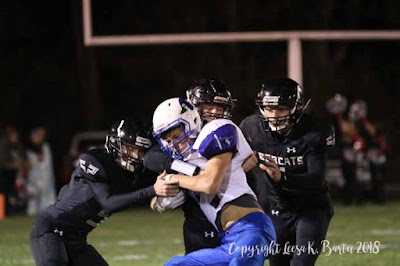 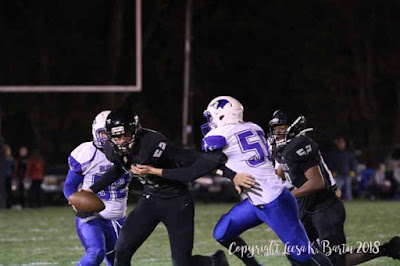 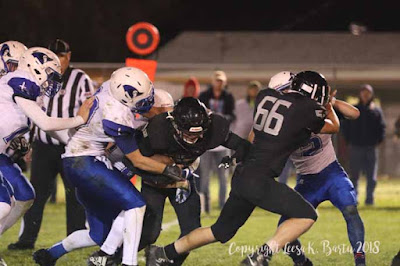 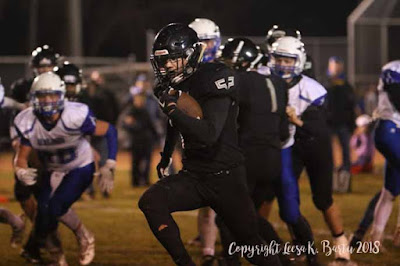 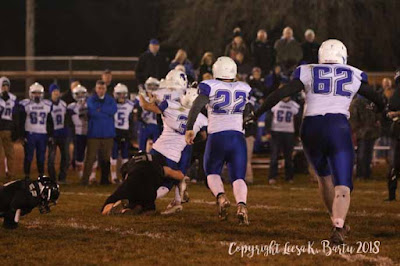 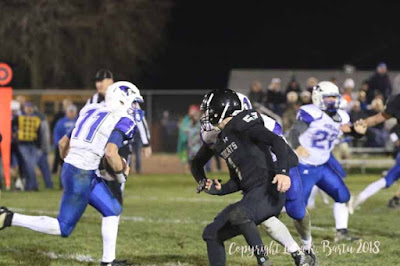 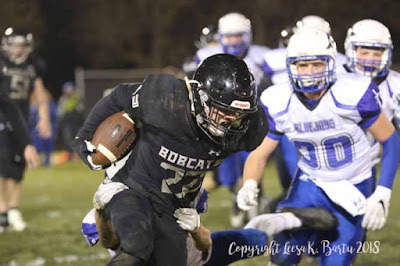 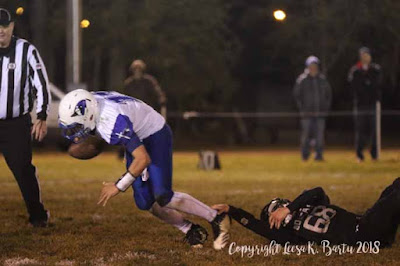 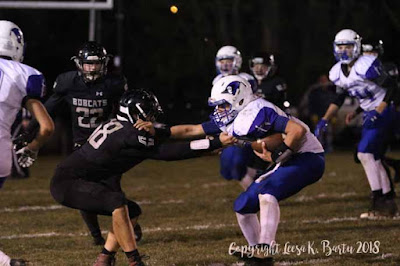 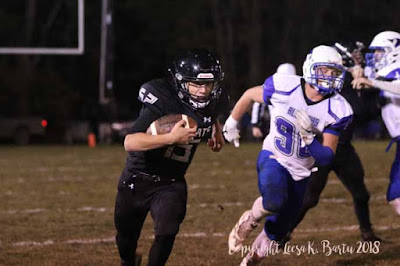