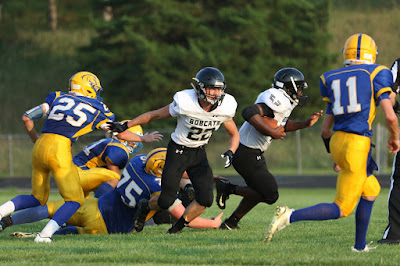 The EMF Bobcats headed south for their first game as a new team.  Although Tri-County was just a few degrees south the atmosphere Friday night felt like the team had landed straight in the deep south.  The circada were chattering, you could see the humidity in the air and the gnats, mosquitos and a muriad of other critters were flying and landing.

This didn't stop the Bobcats from stirring up some dust to leave the Trojans in starting right off with Edwen Baptista finding the end zone for six on a run just six minutes into the quarter.  The Bobcats first attempt at a two point conversion was called back on a holding penalty.

The Trojans struggled to make any yardage at all under the dominating defense of the Bobcats.  Back at it again Mitchell Manning found the end zone for six but the team could not complete the two point conversion making the score 12-0.

Mixing it up a little quarterback Spencer Pribyl tossed one right to Jackson Beethe who found the end zone.  This time the two point pass to Bossaller was complete. 20-0

The score was 28-0 before long and Bossaller dragged one down from Pribyl before being stopped at the 5 yard line.  Baptista punched it in and Pribyl completed the 2 point conversion pass to Trever Zelenka.

Freshman Christian Weber intercepted a Trojan pass to give the ball to the Bobcats again.  With nineteen seconds left in the first half Zelenka caught a Pribyl pass in the end zone untouched.  Max Zeleny pulled down the Pribyl pass for the extra two points and the score was 44-0.

Zeleny was hot on the trail of the Trojans and recovered a Trojan fumble for a touchdown.  Manning takes the option in for two points to bring the score to 52-0 just two minutes into the second half.

The second half went quickly for both teams with the coaching staff subbing in many of the roster giving everyone plenty of play time.  The subs played well holding the Trojans to just one score with just over a minute left in playing time and forcing them to finally punch it in on a fourth down with just half a yard to go. 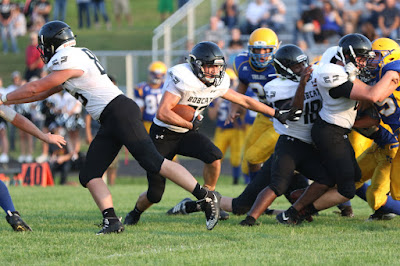 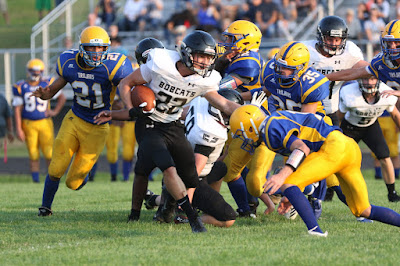 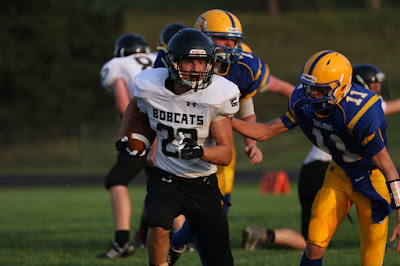 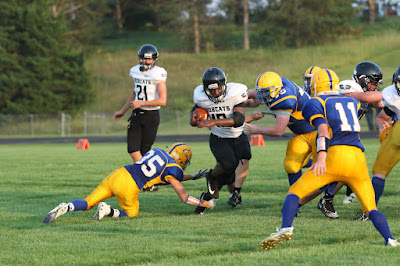 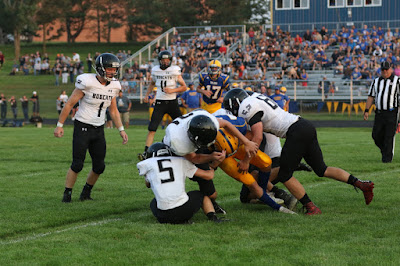 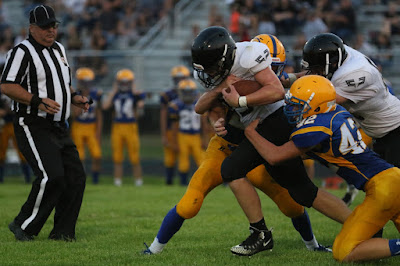 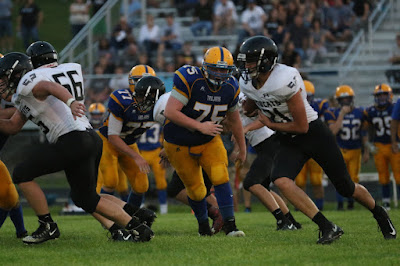