Exeter-Milligan shut out at home against Friend. 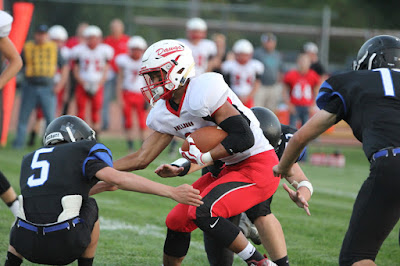 Friend shut out Exeter-Milligan at home on Friday night in Milligan. Friend got on the board before two minutes had ticked off the first quarter and they didn't stop there racking up 24 points the first quarter.  They doubled that the second quarter marching down the field to put the score at 48-0 at the end of the first half.  The clock ran the second half, and although the Timberwolves gained a number of first downs, they just couldn't get close to the end zone.  Neither team scored the second half of the game with the Timberwolves struggling with just one substitute on the sidelines  The Timberwolves dropped to 0-5 on the season.  They travel to Weeping Water next week. 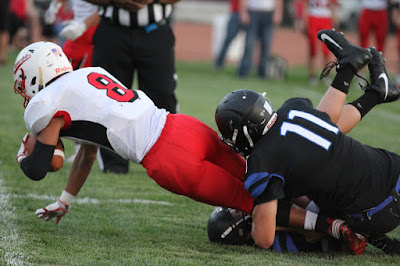 Jackson Beethe hangs on to take Houlden down. 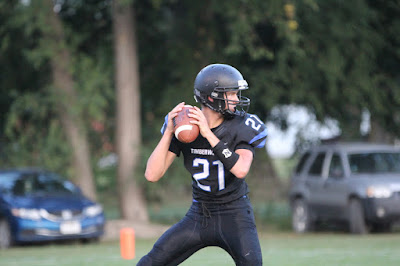 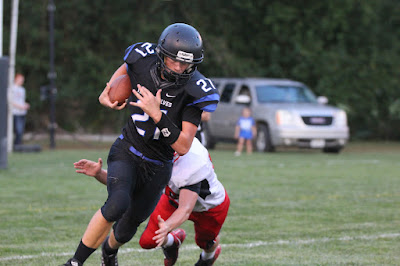 Pribyl scrambles to avoid the tackle out of the pocket. 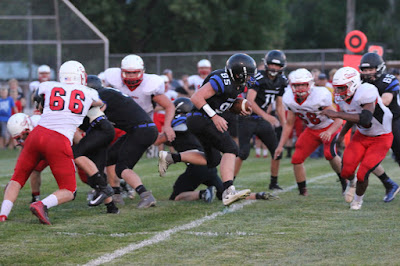 Max Zeleny scrambles for some yards. 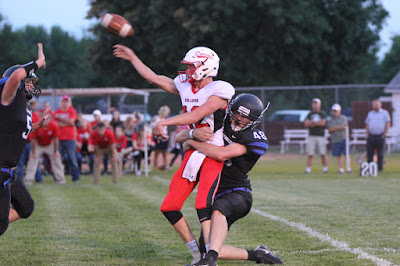 Ryan Swanson sacks Friend's quarterback Kyle Dickinson.  Dickinson was called for intentional grounding as he tried to toss the ball. 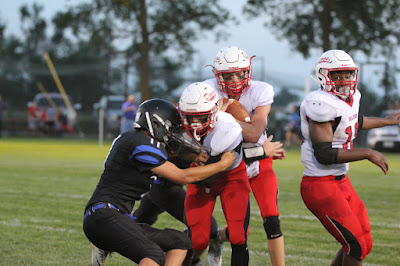 Beethe tries to get to Dickinson. 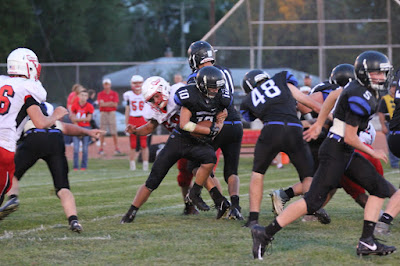 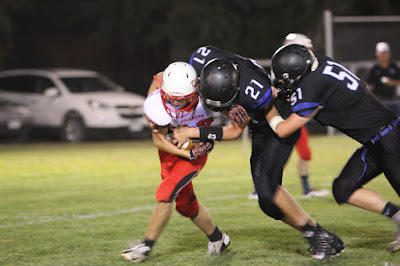 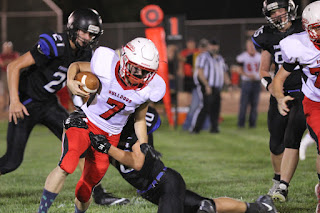