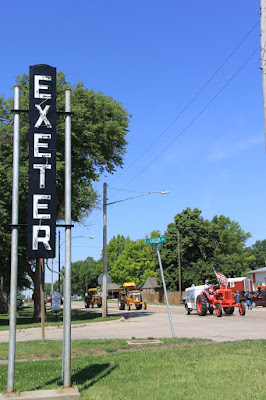 “You can see all the best country at 12 miles an hour,” explained Darrell Fisher of the nine day trip across Nebraska on his antique tractor.

Fisher, the past president of the Nebraska Antique Farming Association (NAFA), is one of 182 registered tractor drivers who started their trip in Holyoke, CO on June 3 and will end in Plattsmouth, NE on June 11th.

The group has an important stop on Friday when they will drive around the state capitol in Lincoln.  The event has been recognized as part of the 150 celebration of Nebraska and they hope to have 150 tractors present at the capitol.

Members of the tractor relay are from all over the state as well as surrounding states.  This is the 6th year in a row NAFA has driven across Nebraska traveling a different route each time.  When asked what was the hardest part of the trip no one had a negative response. All Fisher could think of was, “It’s been enjoyable with our good friends.  We had one cool morning and no rain yet, but all good.”
Rich Wilton and his wife, Donna, are taking their fourth trip border to border. They too have enjoyed the friendships they have formed with the group, “Our best friends here are like family, they are more than just friends,” she explained. “We do have breakdowns.  When you have old tractors and old people driving them, somethings are going to break.”

And it’s not just old people driving, although one of their drivers who had taken a few days off before joining them in Lincoln, is nearly 90, the youngest driver on the trip is 18.

Wilton, who is the current President of NAFA, explained that anyone can join the trip for a half day, all day or the whole trip for the $35.00 fee (as long as they are a registered member of NAFA).  The registration deadline is May 1st with more information on their website www.antiquefarming.org .
Both the Wilton’s emphasized that the trip isn’t just for fun.  “We drive for a cause.  We collect donations along the way for the Operation Comfort Warrior.”

In the past four years over $20,000 has been raised by the event with 100% of donations going to military veterans and their families.

Earlier in the day the group drove through Fairmont and briefly stopped at the nursing home, Fairview Manor. Their afternoon break was planned to tour the Opera House in Friend along with Tuttle, Inc.

At their stop in Exeter, the Exeter Chamber of Commerce, Exeter Legion Auxiliary and Exeter G.F.W.C. Woman’s club provided lunch.  During the noon hour the relay coordinator, Donelle Moormeier of Cortland, NE announced that the group raised $1100.00 on Wednesday.  There are often free will donations taken by local tractor associations or other sponsoring groups and then the profit is donated to the relay collection.

Each day the support vehicles go ahead and the group travels down the highways and sometimes the byways of Nebraska.  At times they travel on highways like this year, on Highway 6, but sometimes they take gravel roads, whatever works out. The Wilton’s trade off driving a 1952 Allis Chalmers WD or a 1942 John Deere A.

The association puts a different person or group in charge of planning the events for each day.  The group always stops at points of interests along the way.  So far this year they have seen tractor collections, a barn moved and turned into a home, Whelan Energy Plant in Hastings, and the Hrauska Animal Research Center in Clay Center along with visiting nursing homes.

The night stops are based on where there are motels for the group to stay.  Some days are shorter with just 42 miles while others are longer driving up to 80 miles.

Bob Golding of Stratton, Nebr. Won’t stop his 1953 Super H when he gets to Plattsmouth.  He and many of the other Case/ International Harvester owners will drive on to Des Moines, IA for Big Red Days, the 28th Annual National Red Power Round Up.

As Golding began talking about different makes and models on the trip he couldn’t give a number of how many red tractors he had left at home, “If you know how many you have, you don’t have enough.”

Many of the drivers are driving tractors that have been in their family for years and almost all of them have significant memories tied to both their tractors and the trip.  All of them agreed that, “We eat good and we have a great time.” 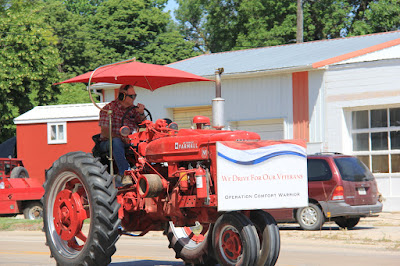 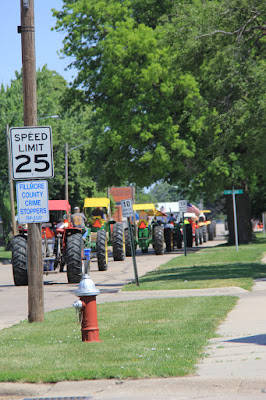 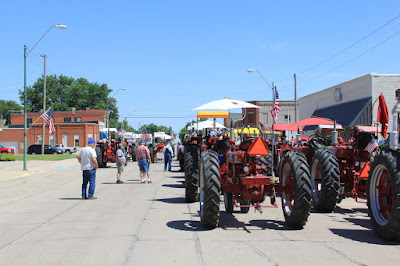 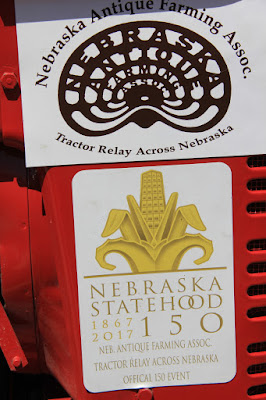 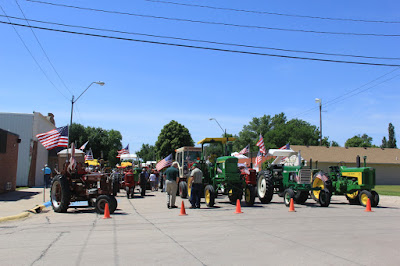 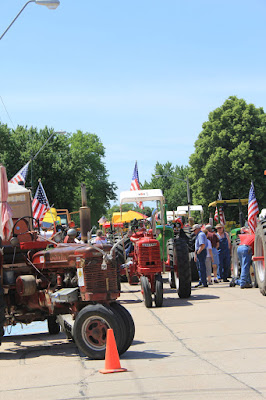 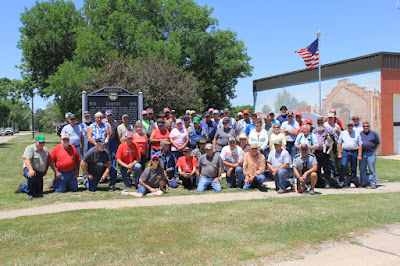