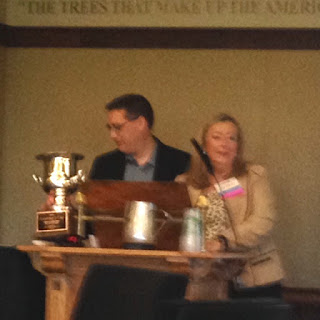 Patt Lentfer, Executive Director of the Fillmore County Development Corporation (FCDC) attended the 2017 Spring Conference of the Nebraska Economic Developers Association in Nebraska City on May 3-5.

The conference was opened by Jason Esser, President of NETA. Governor Ricketts had sent the Governor’s Cup, an award given by the Site Selector magazine in March to the State of Nebraska for the most projects per capita.

Other topics throughout the conference centered on rural and city working towards one Nebraska, an informational relay with eight NEDA professions, solving housing shortages, and a Nebraska Department of Economic Development update given by the director Courtney Dentlinger.

The NETA annual meeting was held and Cassie Paden of the Greater Omaha Economic Development Partnership was elected as President of the organization,