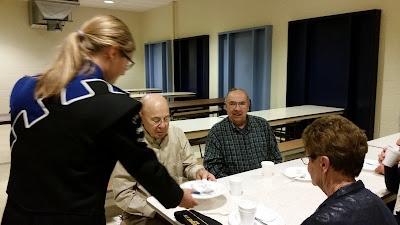 National Honor Society member Ella Wilkins clears away the tables after the veteran's and their spouses enjoyed rolls and coffee at Exeter-Milligan school Wednesday morning. 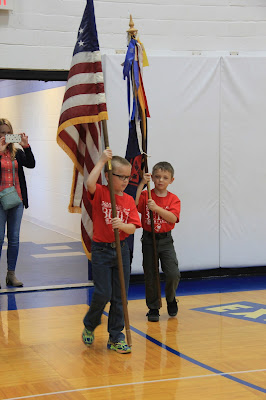 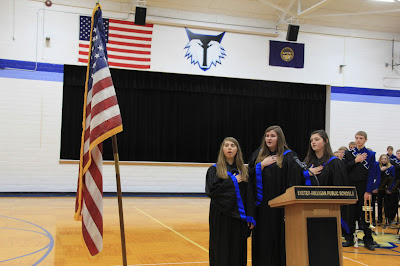 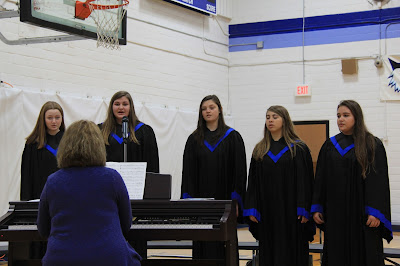 The Exeter-Milligan Senior High Choir sings “I am a small part of the world.”  From the left pictured are:  Caitlin Murphy, Ashley Benorden, Katherine Skinner, Haylee Sheffield, and Anna Bettu. 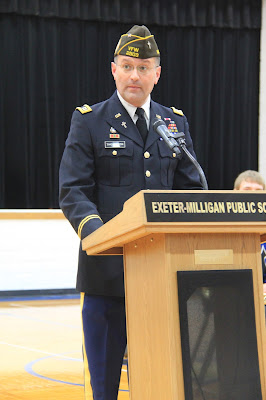 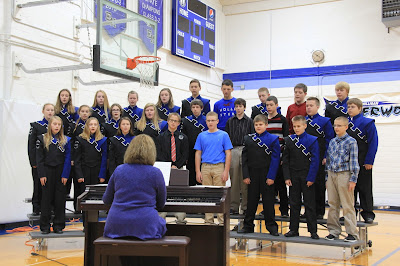 The Exeter-Milligan Junior High Choir sang "My America," and were joined by the senior high choir to sing "God Bless America."


Exeter-Milligan honored area veterans during a program on Wednesday, November 9th because there was no school scheduled for Veteran’s Day, November 11th.

Senior Ashley Benorden welcomed guests and opened the program before Ben Bartu, a member of Boy Scout Troop 218 conducted the presentation of the colors carried by members of Cub Scout Pack 218, Deacon Erdkamp and Richard Hickman.

The Star Spangled Banner was sung by Benorden, and seniors Haylee Sheffield and Katherine Skinner before the senior high choir sang, “I am a small part of the world.”

Father Steve Thomlison, US Army Chaplain and priest at St. Stephen’s Catholic church in Exeter and St. Wenceslaus Catholic church in Milligan, spoke on the importance of Veteran’s Day to the country.
“This is a day of unity.  Our country comes together, men and women, rich and poor no matter what our background to thank those who have defended our country.”

He noted that “Unity in our nation is important.  Our nation has been involved in a robust debate during this election season.  Now it is time for us to come together.  Thanks to our military we can change political parties peacefully not like other countries.”

Thomlison shared the history of St. Martin of Tours, a Roman soldier during the fourth century, who cut his cape in half and gave part of it to a beggar he met while riding his horse.  In a dream, Christ came to Martin and explained that it had been him who was the beggar and when Martin awoke, his cape was back in one piece.

“The cape became famous and was worn by kings or general into battle. . .the carrier of the cape also became famous as the cape signified divine intervention,” explained Thomlison.

The English word for the cape carrier, cappa, was chaplain. Eventually St. Martin was baptized and instead of fighting for the military he volunteered to go unarmed to the front lines as a chaplain.

Thomlison reminded the crowd that “Let us remember to honor those who have served our country. We must always respect and honor the flag of our country they fought to defend.  The American spirit should not be diminished and the flame of American freedom burn brightly.”

The band asked the veterans in the audience to stand as the played the anthems of each of the military branches before the program was closed by Samantha Horne.